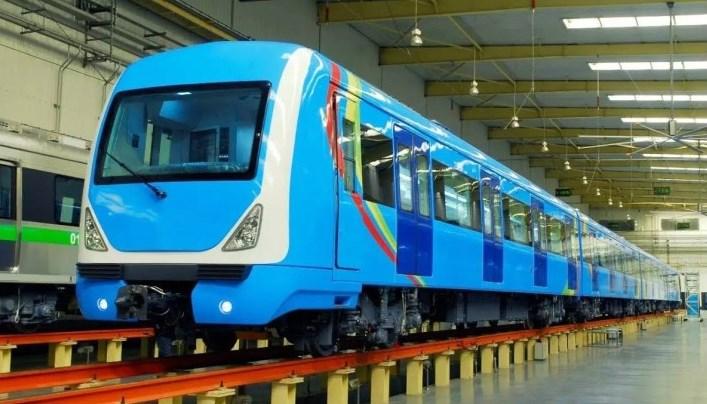 Already, the CBN has provided N60 billion out of which N45 billion has been disbursed and N50 billion will be made available in the second tranche.

Yusuf Philip Yila, director, development finance department of the CBN made this known during a tour of the blue line rail project in Marina Lagos.

The blue line rail project, which is currently under construction by the Lagos State Government, through the Lagos Metropolitan Area Transport Authority (LAMATA) is expected to be completed in the last quarter of 2022.

Yila, who came in company with the LAMATA team, said the CBN was at Marina to monitor and evaluate progress on the blue line project embarked by Lagos State Government. He said the CBN through some banks have provided funding under its DCRR intervention to ensure that Lagos State has the right funding for the project.

“I am quite impressed with what I see on the ground, LAMATA has taken us round and I can see the solid structure being put in place in Marina. We are confident based on what we have seen, the progress that has been made,” Yila said.

“The total amount we have made available for this project is N60 billion and we have disbursed N45 billion. There is another tranche of N50 billion too. The progress I have seen matches the disbursement that has been made so far. This is just one of the many projects under the DCRR.”

He explained that the disbursement of the fund was being made in tranches, and that another tranche was due. However, he said the quality of work was quite impressive.

Yila noted that as part of its response to Covid-19 pandemic the CBN released the N1 trillion under the DCRR. “So quite a lot, not only infrastructure, but you see mostly in agriculture and mining, a couple of cement factories, all accessed the interventions. So we do visit, we do monitoring and evaluation to ensure the funds were used for the purposes they are meant and to contribute to make our economy grow.”

“We are funding not only the blue line but also providing some funding for the red line and five other lines that they plan to embark on. This will significantly contribute to ease of business, ease of moving people around and more confidence in the economy,” he said.

Abimbola Akinajo, managing director of LAMATA , who received the CBN team on behalf of the State Government, said, this site that we are at is the Marina station for the blue line. The blue line is a rail line that goes from Okokomiko to Marina. We are constructing the first operational phase of the blue line, which is actually from Mile2 to Marina. We have five stations that are going to be built within this phase. It will be Mile 2, Alaba, Iganmu, National theatre and Marina”.

She said the four stations had been literally completed. “They are about 98 percent done,” she said. According to her, one of the major things in any project is funding and that the support the State had received from the CBN and the other three banks will ensure that it met its goal and its target, which is last quarter 2022.

The other banks that are collaborating with the CBN in financing the project include Access Bank, Sterling and Fidelity. “These are the three banks that are supporting us on the blue line,” she said.