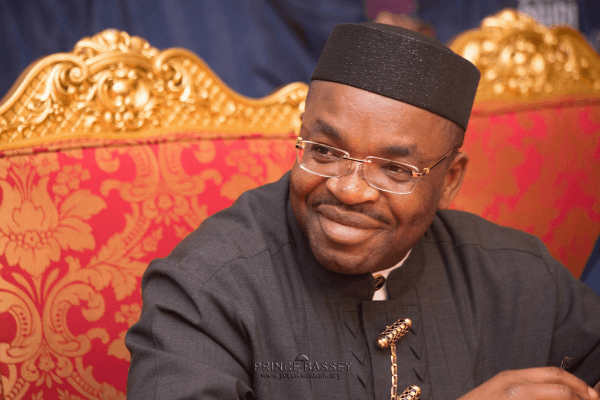 Share
Akwa Ibom government has kicked against the Unemployment and Underemployment Report by the National Bureau of Statistics (NBS) which says it has the second-highest unemployment rate in the country.

It says that the reality on the ground is in sharp contrast to the report describing it as unbelievable with the number of industries established by the government in addition to employment into the civil service.
Ini Ememobong, commissioner for information and strategy in a statement made available to the media stated that the current administration has created quality jobs in an unprecedented manner.
According to the statement, the “reality on the ground in our state is in contradistinction to the Bureau’s report.
“A juxtaposition of the said report with the reality of the existence and operation of the numerous industries in our state, the recruitment into the civil and public service, Public-Private Partnership initiatives, the award of direct Labour contracts, our airline and general aviation  businesses, qualitative cash support and interest-free loans to entrepreneurs, financial and input support to farmers;
“The obvious conclusion will confirm that indeed the current administration has created quality jobs in an unprecedented manner.
“This reality is not attempting to deny the existence of unemployment-which is a global phenomenon worsened by the COVID-19 pandemic,” it stated.
Ememobong pointed out that the state government intends to engage the National Bureau of Statistics to ascertain the veracity of their processes and results to provide answers to some salient questions.
According to him, the NBS would answer what was the sample size used in the survey and
the spatial spread of the sample the population figure did they use to obtain the percentage recorded for Akwa Ibom.
He also pointed out NBS would also be asked to explain the level of trust and confidence in statistical output which agency of the state government was the data source authentication done.
“It is a common knowledge that unemployment has its permanent corollary, a spike in crime, increased youth restiveness, etc. In our state, citizens, security agencies and guest alike, agree without any doubt, that we are Nigeria’s safest state,” he said.
He wondered how a state can be the safest, which has witnessed an influx of industries and other economic activities, purveyed by local cum foreign investors and still be the state with the second-largest unemployment percentage?
Share