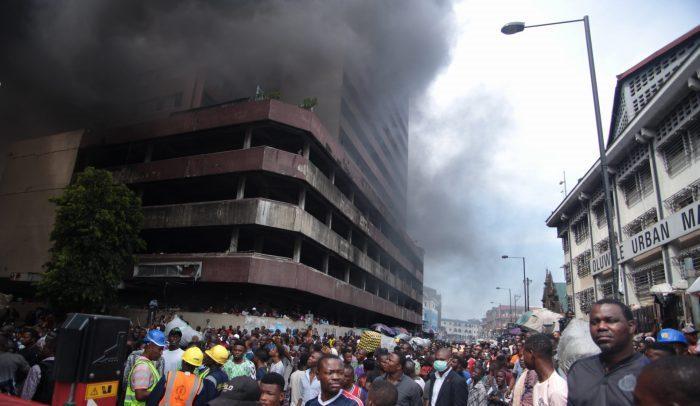 Shops and stalls have been destroyed at the Adeniji Adele Market on Lagos Island following an early morning fire on Sunday.

Director-general of Lagos State Emergency Management Agency (LASEMA), Olufemi Oke-Osanyintolu, who confirmed the incident, said a total of 30 shops were affected by the inferno, whilst the rest of the shops were, however, salvaged by fire fighters.

The fire was said to have broke out at about 3:10am during which a call was put through to LASEMA via the toll-free emergency numbers: 767/112.

An emergency response team was said to have arrived the market 10 minutes later to battle the inferno, and was able to stop it from spreading to other areas after 30 shops had been affected.

“Upon arrival of the LASEMA response team, it was discovered that the inferno emanated from an unknown shop as a result of electrical/power surge thereby escalating to other shops on the array line.

“Properties and goods were salvaged by the emergency responders comprising federal and Lagos fire services, Nigeria Police and the LASEMA officials. Efforts were made to put out the inferno completely,” spokesperson of LASEMA, Nosa Okunbor said.