2023: It would be political naivety to underestimate Kwankwaso’s chances – Johnson 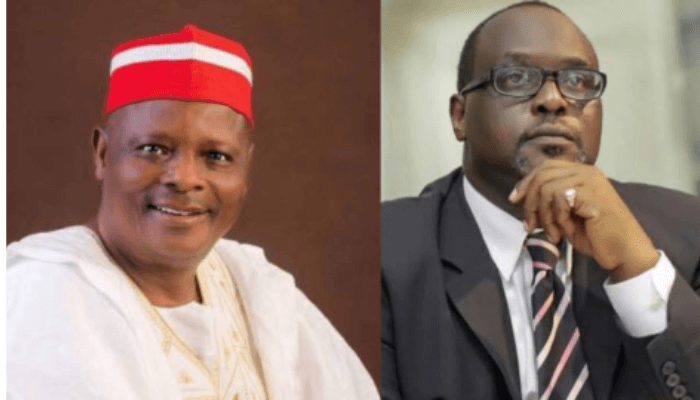 Ladipo Johnson is the spokesperson of the Rabiu Kwankwaso Presidential Campaign Organisation and a former gubernatorial candidate in Lagos State.

In this exclusive interview with INIOBONG IWOK, he speaks on the 2023 presidential election, the chances of Kwankwaso and the New Nigeria Peoples Party (NNPP).

The general election is a few months away; there is no sign that the new NNPP is building structures across Southern Nigeria; how is your party hoping to get votes here?

Our structures have already been set up; we have structures from ward to state levels in the South. What we are doing now is that we are building a campaign structure, because we now have state House of Assembly candidates, gubernatorial candidates, House of Representatives candidates across Southern Nigeria.

So, what we are doing now is to bring them together with the party structure in Lagos State. We are setting up structures across the state and people are moving ahead very strongly.

Some of Kwankwaso’s supporters in the Southwest are agitating for more grassroots mobilisation. Do you agree?

There are insinuations that Rabiu Kwankwaso may step down for Atiku Abubakar or Bola Tinubu. How true is this?

Let me say again that Kwankwaso would contest this presidential election. Kwankwaso has no reason to step down to support any other candidate. If you check very well, he is definitely better qualified than the other candidates. He is very popular in the grassroots. He has been on the tour opening offices across states in the North in recent weeks.

Read also: Rotational presidency as an imperative for 2023 presidential election

If you watch videos of his visits across the North you would have seen the crowd there.

If this part of the country or the press wants to underestimate us, then it is good, when the time comes for things to begin, we would begin to see which of the candidates has genuine grassroots followers.

I mean people who are willing to work, so that the programme is actualised and there is victory at the poll.

There is nothing going on in the Southwest about Kwankwaso. How is it going to get the votes?

I assure our supporters in this part of the country that work is going on, the campaign has not started. You know that we have the Kwankwasiya movement which has been working for several years. The movement is still there as a support for NNPP, but work is going on at the grassroots level, but our supporters must realise that in every election is a strategy.

We have a clear path to victory, but it involves several strategy decisions that we have taken. With time as the campaign began ending this September, they would see what would begin to happen.

Let me tell you that not all states are the same, but you have to concentrate on some more than others. This is a strategy election and we would play it the way we need to play it to make sure we emerge victorious.