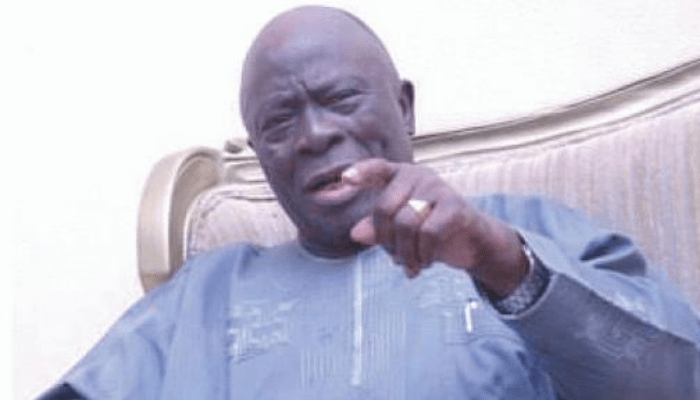 Ayo Adebanjo, leader of pan-Yoruba socio-political organisation, Afenifere, has said that Nigeria’s next president should be decided based on competence rather than age.

Adebanjo stated this, Monday, in an interview with BusinessDay, while reacting to comment by former military leader, Ibrahim Babangida that individuals in their 60s should be the focus of Nigerians as potential presidential candidates in 2023.

Babangida, who spoke in an interview aired on Arise Television, last Friday, had hinted at a few individuals, whom he said had the capacity to lead the country and effectively run its affairs economically and politically.

The former military dictator had identified bad leadership as a major reason for a series of socio-economic challenges the country is being faced with, adding that Nigeria is in dire need of a leader who connects with the people, tries to talk with them, rather than one who talks on them.

“I have started visualising a good Nigerian leader. That is, a person, who travels across the country and has a friend virtually everywhere he travels to and he knows at least one person that he can communicate with.

“That is a person, who is very versed in economics and is also a good politician, who should be able to talk to Nigerians and so on. I have seen one, or two or three of such persons already in their sixties,“ Babangida had said.

Adebanjo, however, disagreed with him, saying that age could not be used to determine who can effectively rule the country, citing examples from western countries.

The Afenifere leader stressed that the younger population had not even proven that they had learned from the older ones in terms of governance.

“I don’t agree with this; that is not the situation in developing countries. Age should not be the basis for determining who rules Nigeria, I don’t believe in age. Any competent individual can rule; even the young ones appear not to have learned their lesson,” Adebanjo said.

Speaking further, Adebanjo knocked the former military president over his outburst in the interview, saying that in a functional system he should rather be on trial for the atrocities he committed while in office.

“Babangida should stop feeding us with that nonsense, he should shut up, if we have a proper system such people should be under trial by now”, he added.