As C&I Leasing shops to N3.2bn via Rights Issue 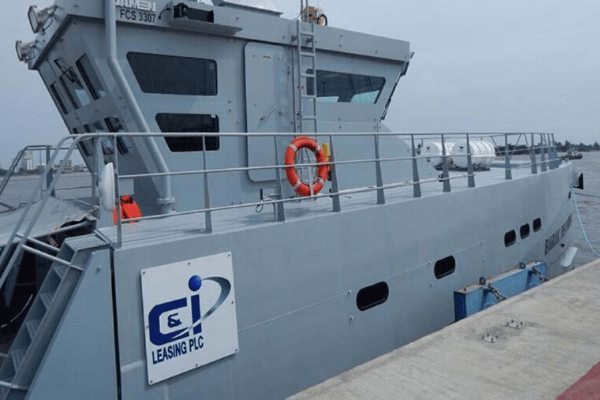 The acceptance list for the Rights Issue which opened on Monday November 18, 2019 will close on Friday December 27, 2019. The company is offering existing shareholders 4 new ordinary shares for every 3 ordinary shares held as at the close of business on September 4, 2019.

The Rights Issue which is for the company’s shareholders who have been with them over the year offers them the opportunity to key into the opportunity in the low priced shares. It is currently the only leasing company listed on the Nigerian Stock Exchange (NSE).

No doubt that after the Rights Issue, any investor who has followed the trend around the company’s businesses will definitely like to hold the stock. Already, the N6.6 per share which the stock had traded on the Nigerian Stock Exchange implies 270.8percent gain year-to-date (YtD).

C & I Leasing Plc was incorporated in 1990 as a limited liability Company and duly licensed by the Central Bank of Nigeria to offer operating and finance leases and other ancillary services.

Today, it is the foremost brand for finance leases and other ancillary services in Nigeria. With a current market capitalisation of over N3 billion (approximately $10 million), a staff strength of over 5,590 people and operational offices at key locations in Nigeria, Ghana and UAE, the company takes pride in its track record of exceptional and qualitative service delivery. Its total assets stood at N52.61billion as at December 2018,

Over the years, C & I Leasing Plc has enjoyed consistent growth and has expanded its scope of business to cover major sectors of the Nigerian economy, providing specialized services, in Marine, Telecommunications, Oil and Gas, Equipment Rentals, Manpower Outsourcing and Transportation.

Currently, the Company has three divisions and two subsidiaries under its auspices, making up the C & I Leasing group of companies.  The Company’s divisions include its Hertz/Fleet Management, Marine Services and Personnel Outsourcing.

Use of Rights Proceeds

Otike-Odibi noted during a conference call on the Rights Issue that it allows the Company’s shareholders to increase their equity holdings at a discount while creating an avenue for capital gains.

“It is expected that appetite for the equities market will be renewed by both domestic and foreign players, following the just concluded election as market fundamentals remain supportive of growth”, Otike-Odibi added.

Over the same period, profit after tax (PAT) grew by 30.29percent driven by income from joint venture and a 1473percent jump in interest income.  Also, between 2013 and 2018, the operating income for C & I Leasing Plc increased from N3.73 billion to N7.93 billion. It has grown at a CAGR of 16.3percent over the past 5 years following: increase in other operating income, interest income, and relative improvement across business segments.

The operating income margin grew from 30percent to 35percent in 2017, it, however, declined in 2018 to 28percent following lease expenses growing at a faster rate than lease income; and further dragged by nil income in vehicle sales.

Earnings before Interest Tax, Depreciation and Amortization (EBITDA) maintained an upward trajectory over the past 5 years, growing at a compound annual growth rate (CAGR) of 24.8percent.

The company’s total debt (short and long term debt) to equity has been on an average of 3.19x in the last three years; up from 2.6x in 2014, depicting an increased borrowing by C & I Leasing in recent years. The current ratio measures the ability of the company to meet its short term liabilities from its short term assets. C & I’s current ratio suggests a steady pattern and the business model of the company as it has remained on the same level in the past 5 years.

Between 2019 and 2023, C & I Leasing expects its total revenue to witness a steady increase from N33.67 billion to N66.34 billion at a Compound Annual Growth Rate (CAGR) of 18.48percent. This growth will be supported by increased volumes –that is anticipated rise in gross earnings in the Company’s divisions in Nigeria, Ghana and United Arab Emirates. In line with the growth is total assets, the company anticipates a simultaneous rise in shareholders’ funds from N13.68 billion in 2019 to N34.57 billion in 2023. The significant rise in shareholders’ funds will be substantiated by a 466percent growth in retained earnings.

Over the same period, it expects net income to grow by 367percent, following significant increase in revenue of the business divisions and other operating income.

The appetite for leasing continues to increase especially in the current economic situation which has made outright purchase increasingly difficult. This is buoyed by multinationals and other large corporate for service-oriented leases like fleet management.

The industry continued to witness the banks as the lead players, particularly financing big ticket leases and providing funds to lessors for lease transactions.

According to the Equipment Leasing Association of Nigeria (ELAN), the non-bank lessors account for about 80percent of customer base, mainly from the Small and Medium Scale Enterprises (SMEs). Data from the ELAN also shows that Finance lease has remained the predominant type of leases accounting for 70percent of the transactions while operating lease accounted for 30percent.

In terms of asset categorisation, about 40percent of leased assets are vehicles including trucks for haulage and buses for inter-state commercial transportation, which have been a major attraction in recent times

The company expects the leasing industry to sustain its growth on the back of the following drivers: its major role in the diversification and other developmental agenda of the Government; the creative financing option it provides for several sectors, rather than the cost of outright purchase; and the resilience of the sector to thrive in both booming and recessionary period.