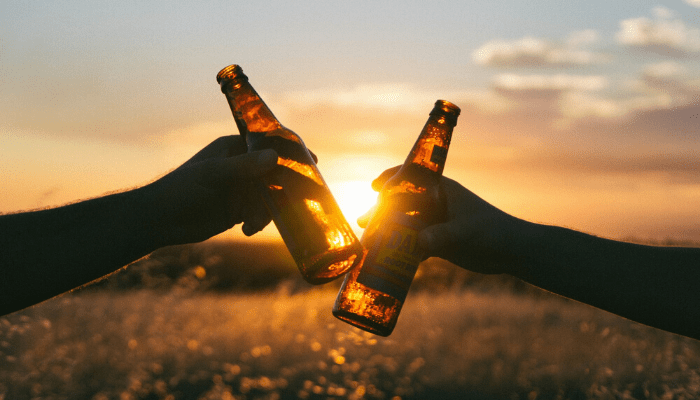 When the world’s largest brewer, Anheuser-Busch InBev (AB InBev) merged three of its subsidiaries in the name of International Breweries Plc in 2017, investors were thinking that the strategy would create the most intense competition in the industry.

The Nigerian brewer is now a shadow of itself as it is on a ventilator, grasping for breath

The idea behind the merger was to pave the way for International Breweries to leverage a market dominated by peer rivals Nigerian Breweries Plc and Guinness Nigeria.

A year after the merger was consummated, AB InBev, through its Nigerian subsidiary, launched more premium product such as Tiger beer, Castle Lite, and Budweiser into the Nigerian market, and that strategic move stoked a short lived beer war.

Interestingly, investors were confident that International Breweries’ copious investment would magnify their earnings. And the company’s shares hit all time high of N58 in January 2018.

But the Nigerian brewer is now a shadow of itself as it is on a ventilator, grasping for breath. In the past thirteen months, its financial performance has been increasingly deteriorating, thanks to weak sales volume and economic downturn.

Its share price now trades at N5, having lost over half of its market value.

For instance, International Breweries could find it difficult to meet short term obligations to creditors or suppliers as total current liabilities of N194.93 billion as at March 2020 exceeds total current assets of N76.14 billion, resulting in a negative net working capital of N118.79 billion.

The Nigerian Brewer is beset by rising costs. Total cost of production per unit stood at 84.15 percent as at March 2020, which means the company spent N0.84 on input cost to produce each unit of product.

It incurred other operating loss of N9.94 billion in the period under review, and a breakdown of the components showed foreign exchange loss of N4.69 billion and loss on property loss and equipment of N5.25 billion.

There are concerns that the recent defactor devaluation of the currency by the Central Bank of Nigeria (CBN) could balloon dollar denominated debt in the books of consumer goods firm. Moreover, cost of production could spike as some material component in the manufacture of beer are imported.

In March, the central bank buckled to pressure, and devalued the official naira rate to N360 to the dollar from N305. The more widely-used black market rate, which had hovered around N360 for about three years because of central bank support, has spiked to about N445.

Expectedly, International slipped into a loss territory as it recorded a loss after tax of N5.64 billion, from a corresponding loss of N3.98 billion the previous year.

As a result of weak sales volumes and exceptional loss, the company recorded an operating loss of N8.04 billion as at March 2020, from a loss position of N232.84 billion the previous year.

An item of N8.59 billion being negative retain earnings is in the balance sheet, what this means is that the brewer has been recording more losses than profit throughout its existence.

However, there is light at the end of the tunnel for International Breweries as total debt in its balance sheet has reduced, thanks to capital injections by the parent company.

Debt to equity ratio improved to 0.65 percent as of March 2020 from 348.12 percent the previous year. What this means is that the company has reduced the proportion of debt in its capital structure.

Drilling down the financial statement of International Breweries shows the marked reduction in debt to equity ratio was due to a surge in share premium.

A share premium account is typically listed on a company’s balance sheet. This account is credited for money paid, or promised to be paid, by a shareholderr for a share, but only when the shareholder pays more than the cost of a share. This account can be used to write off equity-related expenses, such as underwriting costs, and may also be used to issue bonus shares.

Last year, (AB InBev) committed to investing more than N123 billion in its Nigerian operations in a major capital injection expected to consolidate its push for the greater share of sub-Saharan African markets.

AB InBev had in 2017 merged its three indirect Nigerian subsidiaries-International Breweries Plc, Intafact Beverages Limited and Pabod Breweries Limited. The merger was done through a scheme of merger with International Breweries subsisting as the post-merger company. The merger was seen as a major strategic move by Anheuser-Busch InBev to upend competition and consolidate its Nigerian base for further expansion into the sub-Saharan Africa (SSA).