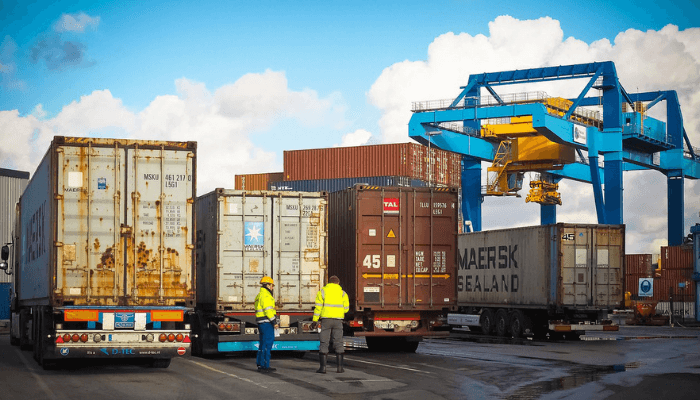 The National House of Representatives has lent voice to the many complaints and challenges confronting businesses that clear cargo at Nigeria’s seaports. This happened on Tuesday.

The committee gave Nigeria Customs Service (NCS) two weeks to reduce its 18 cargo clearing stages to four in order to decongest the ports.

This cargo clearing stage explains the long list of Customs units that importers and their agents are expected to pass through before their cargoes would be released.

Sadly, this results in delay that makes it difficult for Nigeria to meet the 48-hour cargo clearance target as cargo now dwells for a minimum of 21 days at ports, compelling importers to pay millions of naira as demurrage and storage charges to shipping companies and terminal operators.

In addition, Nigeria Customs has also failed to move away from 100 percent physical examination of containers to the use of electronic scanning machines that fact track cargo inspections in modern ports. This was due to the failure of the Federal Government to either acquire new scanners or refurbish the existing scanners at ports.

According to Leke Abejide (SDC-Kogi), chairman of House Committee on Customs, long units of Customs are avenues for illegal transactions by corrupt officers of the service, and it also hinders the free flow of activities at ports.

This is why, he insists, Customs needs to bring down these procedures to four stages to cut down on illegalities and ensure revenue goes to the government.

BusinessDay understands that Customs poor attitude to trade facilitation has been the major reason why Nigeria has been losing cargoes and revenue to the ports in neighbouring countries.

To her, this has resulted in the loss of transit cargoes that were supposed to move to landlocked countries such as Niger through Nigerian ports, to the Benin Republic and Cote d’Ivoire.

For instance, while the Benin Republic and Cote d’Ivoire are using scanners, Nigeria Customs still opens containers and carry out 100 percent examination of cargoes.

Multiple units of Customs create cargo clearing delays at ports. As Customs delay in clearing goods, cargoes dwell longer at the port. In some instances, containers that are supposed to take seven days to be cleared now takes a minimum of 21 days to be cleared out of the port.

This is why Mohammed Bello-Koko, acting managing director of Nigerian Ports Authority (NPA), says that Customs had multiple units within the same port that makes the process of cargo clearing very cumbersome.

It has been proven that multiple Customs units create delays in cargo clearance at ports. This delay comes with economic implications on businesses as manufacturers and other importers that do business at ports are forced to pay demurrage to shipping companies and rent to terminal operators.

Confirming this, Tony Anakebe, managing director of Gold-Link Investment Ltd, says Customs is still creating more units in Lagos Ports, and their operations inflict pain on importers as well as their agents.

With this, he says, importers incur avoidable expenses that only result in losses at the end of the day, which they automatically transfer to consumers through high prices of goods.

“There is more division in Customs today. The Service is creating more units where documents for cargo clearing must pass through before goods would be released, and these units are fueling corruption through extortion of money from importers. The existence of these units causes a delay that results in payment of demurrage and storage charges to shipping companies and terminal operators,” he explains.

Terminals within Lagos ports are experiencing high yard occupancy, showing there is congestion and longer dwell time for imported cargo. This also affects the waiting time of vessels as ships now spend longer days on Nigerian waters before being able to enter the port to berth.

This high rate of congestion can be attributed to the longer dwell time of cargoes caused by delays in cargo clearance as well as Customs cumbersome clearing procedures.

This is why Jonathan Nicol, president of the Shippers Association of Lagos State, says there is a need to improve cargo clearing methods by removing clearing bottlenecks to decongest the ports.