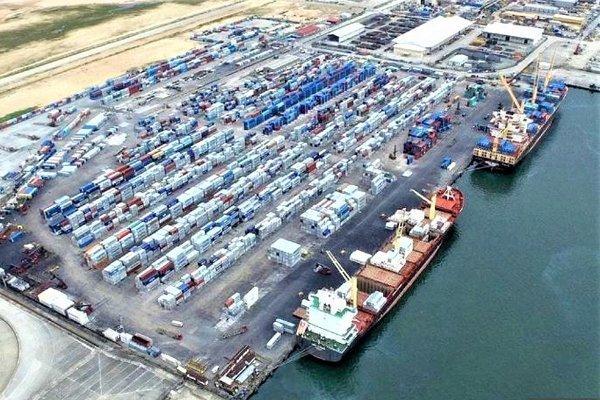 According to the terminal operator, it will continue to invest in the coming years as its perfecting plans to begin a fresh $100 million investment.

Mirza said the need for further investment in cargo handling equipment is in response to the significant volume growth witnessed in the Eastern Nigerian market since the company started operations 20 years ago.

“We are celebrating our achievements of the past 20 years. In year 2000 when we started, we did about 35,000 container moves but last year we did over 200,000 moves, so cargo volume has grown over the years and recognising this growth, we are investing in this business,” he said.

According to him, the company is at that point where it will experience new changes.

“With more equipment coming in, the mode of operation will change, and we believe we are setting that up for the next 20 to 25 years so that we can serve our customers better in terms of service delivery, customer satisfaction and improved capacity,” he said.

Mirza said WACT has done a lot of work in marketing Onne Port to the global community even as “the service level that the customers are getting in Onne is far superior to what they are getting elsewhere in Nigeria”.

He commended the dedication and hard work of the company’s workforce, which he said contributed in no small measure to the company’s growth and success.

Also speaking, Klaus Laursen, Country Manager of APM Terminals Nigeria, described as impressive, the successes recorded by WACT in its 20 years of existence, which he attributed to the growth in Nigeria’s economy.

“There will be no cargo coming in or going out if it wasn’t for the economy of Nigeria. We serve only the population of Nigeria. So, the first part of it is that Nigeria’s economy is still growing every year,” Laursen said.

While applauding the effort and contribution of the staff to the growth of the company, Laursen urged them not to rest on their laurels in making WACT the most preferred container terminal in Nigeria.

“Starting from being a container depot until today being a proper container terminal is quite impressive. If you look at Onne 20 years back, we would not have compared it to Lagos but today, because of our capabilities in terms of operation and equipment available and being able to handle bigger container vessels that are calling at Nigerian ports, we are increasingly becoming the preferred destination,” Laursen explained.

With that, he said, WACT can also put pressure on the West for them to do their job better. “There is a huge market in the East, Central and Northern Nigeria that we can actually compete for with Lagos Ports and increasingly we are building the capabilities in the port.”

Some of the staff who spoke at the event commended WACT for the achievements recorded just as they pledged their commitment to continue to contribute to the growth of the company to become the best container terminal in West Africa.

“For as many of us that are privileged to be part of this journey from the beginning, we know how we started with about 15 staff. Most of the processes were manual but today, we are running an operation that is of international best standard with state-of-the-art equipment. Our achievements no doubt are worth celebrating. We pledge our commitment to join in the success story of WACT,” said Chris Ebute, Customer Care Manager and one of the longest serving staff of the company.

WACT is fast gaining a reputation as the gateway to Eastern Nigeria and a strong alternative to ports in Lagos with multimillion dollars investment in cargo handling equipment.

He said the upgrade will also include the deployment of reefer racks with a 600-plug capacity, as well as expansion of the current yard, new workshop and a new terminal gate complex.