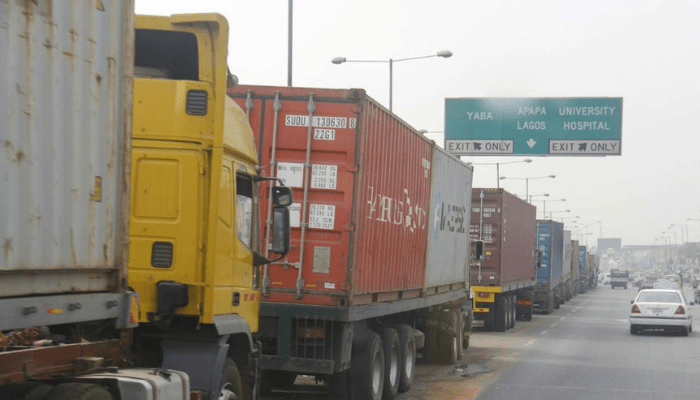 Truckers under the auspices of the Association of Maritime Truck Owners (AMATO) have written to the Lagos State Government, complaining of the incessant harassment of members of traffic managers in the state.

Remi Ogungbemi, national president of AMATO, said in the letter that agencies and some local governments’ traffic departments in charge of traffic control in Lagos State have been maltreating truckers.

According to him, the Committee on the Removal of Abandoned Truck invades various empty container depots at midnight to hijack trucks not constituting any road obstruction.

He said members of the committee always go with hoodlums that are armed with dangerous weapons.

“They beat and injure drivers and their motor boys in process of hijacking trucks. They also forcefully collect trucks from drivers and drive the trucks away to their various yards and booked the trucks as being towed. They further slam bills ranging between N100, 000 and N200,000 as ransom before the trucks can be released to the owners,” Ogungbemi said.

Ogungbemi further said that officers of LASTMA indiscriminately arrest trucks that have not committed any traffic infraction, adding that instead of giving corrections when necessary, LASTMA officials impound and impose heavy penalties on truckers.

He also said that LASTMA officials impose as much as N100,000 and N150,000 just for removing a broken down truck from the road whereas truckers pay between N20,000 and N30,000 to private towing operators to move broken down trucks depending on the location and distances.

“Some local government officials are also involved in blocking and arresting trucks on Federal and State roads in order to impose tickets on truckers in collaboration with hoodlums. Most of the traffic agencies work with area boys all over the metropolis. These hoodlums sometimes deliberately immobilise trucks by loosening truck breaks, deflating tyres, removing the truck battery and container hooks in order force driver to settle them,” he said.

Ogungbemi however urged the State Government to intervene in the matter by calling the traffic agencies in Lagos to order so as to avoid a crisis that may arise from protesting such harassment.