…Says Apapa sitting on ‘a keg of gunpowder’ 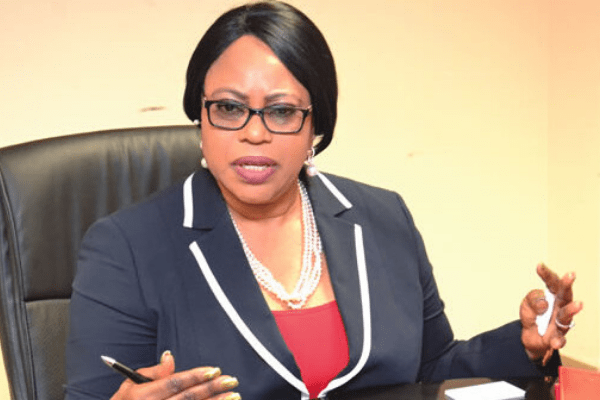 There are over 63 tank farms currently located in Apapa that are posing serious threat to lives, businesses, infrastructure and property within the port environment, says Vicky Haastrup, chairman of Seaport Terminal Operators Association of Nigeria (STOAN).

Speaking in Lagos last week during the Maritime Industry Reception dinner held in honour of Bashir Jamoh, newly appointed director general of the Nigerian Maritime Administration and Safety Agency (NIMASA), Haastrup said that Apapa is currently sitting on a keg of gunpowder, given the presence of those tank farms within the port environment.

According to her, it was really sad to learn that so many people died on Sunday March 15, 2020 over the gas explosion that happened at Abule-ado in Ojo area of Lagos.

“When you look at the Abule-ado incident, one can imagine that what is waiting to happen in Apapa would not be a child’s play. It is only in Nigeria that one sees tank farms sitting in the middle of the city. It is not like that in other developed countries of the world,” said Haastrup, who doubles as the executive vice chairman of ENL Consortium, a terminal operator in Apapa Port.

Stating that Apapa and Tin-can Island are the gateway to the nation’s economy where trillions of government revenue generated, she said that Nigerian economy depends largely on the seaports with a large chunk of import and export volumes being handled daily through both ports.

“The problem with Nigeria is that we wait till things get too late before we start to run around. If Nigeria does not do the right thing now to change the situation, it may get out of hand,” she warned.

She cited example of an explosion that happened in London in 2005 (a major fire at an oil storage facility at the Hertfordshire Oil Storage Terminal), which started in a tank farm, adding that tank farms supposed to be located far away from the city because it could blow up human lives, bridges and other properties.

Recall that the STOAN chairman had in several forums stated that the large number of tank farms located within Apapa has also compounded the chaotic gridlock in the port city, even as more licenses were being issued to new tank farm owners.

“The reason for the gridlock was that there is proliferation of petroleum tankers due to the preponderance of fuel tank farms and petroleum depots in the Apapa community. This is an anomaly, which should urgently be corrected by the Federal Government,” she stated.

She pointed out the need to correct the situation by facilitating the distribution of petroleum products through pipelines, and not using trucks. “Also, once government can get the refineries working, there will no longer be need for tank farms in Apapa, which attract these trucks.”

Meanwhile, she also pleaded with the new DG of NIMASA to help the port community by speaking with Mr. President on the need to change the situation in Apapa by relocating the tank farms.

Haastrup, who noted that training of dockworkers, which is the role of NIMASA has been left for too long, pleaded with the new DG of NIMASA to in addition to ensuring security within Apapa area, pay attention to training dockworkers.