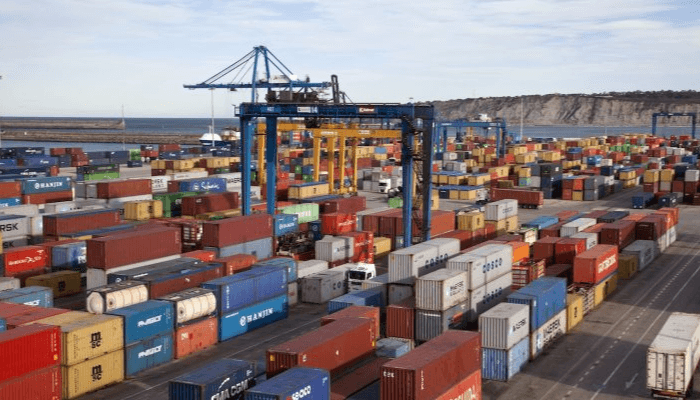 The National Inland Waterways Authority (NIWA) is perfecting plans to begin the movement of containers from Lagos Ports to Onitsha River Port via Burutu Port in Delta State.

This is in an effort to make Onitsha River Port functional and decongest the Lagos ports.

The movement of laden containers by barges is another leg of the intermodal transport system that enables seamless evacuation of cargo, especially at this time when the Federal Government is determined to decongest Lagos ports. This would also go a long way towards making Onitsha River Port functional and bring port operations closer to the doorsteps of businesses in Eastern Nigeria.

The Authority said the idea of hauling containers via Burutu Ports to Onitsha River port is to deliberately avoid the two small bridges of Gbarekolo and Bumandi, which are too tiny and shallow for sea moving barges or vessels to ply through. That is why ACTL is considering the route from Lagos Ports to Burutu Port, then to Onitsha River Port as the final destination.

George Moghalu, managing director of NIWA, said the authority is targeting to haul about 1,000 containers per trip from Lagos Ports to Onitsha River Port within the maximum duration of four days per trip.

He further stated that NIWA is also engaging with the Nigeria Ports Authority (NPA) and other stakeholders to facilitate the commencement of the cargo haulage.

Kenneth Donye, chairman, Akewa Colmar Terminal Limited (ACTL), said recently during the proposal defence at NIWA Liaison Office in Abuja that his company is ready to partner with NIWA in carrying out this noble and historic transhipment from Lagos Ports via Burutu Port to Onitsha River Port as the final destination.