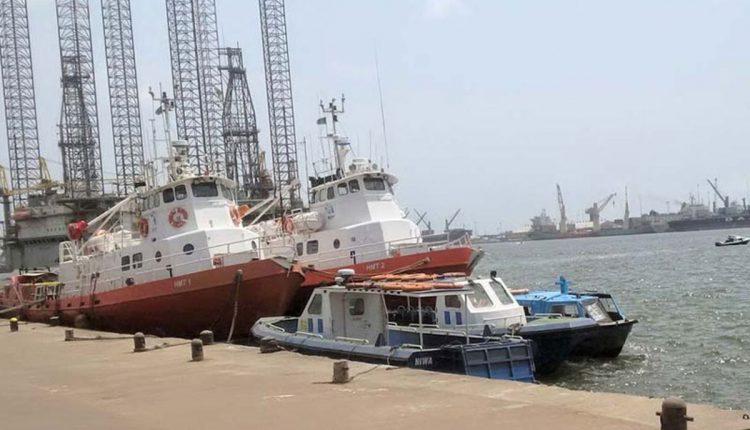 The face off between the National inland Waterways Authority ( NIWA) and Lagos State government over dredging activities may enter another phase as the authority has decried the attempt by the Lagos State House of Assembly to interfere with the extant mining laws of the federal Republic of Nigeria that empowers NIWA to oversight access through the waterways.

This, according to the authority in a statement issued on Tuesday, was sequel to moves by Lagos State House of Assembly to interfere with the activities of dreading companies through the composition of a 7-man committee to investigate and make recommendations on dredging activities in Lagos State, a development NIWA considers as an attempt to muzzle its mandate.

George Moghalu, managing director of NIWA said in a letter to Lagos State Government, which was also copied to Boss Mustapha, secretary General of the federation (SGF) and Rotimi Ameachi, Minister of Transportation, called on the state government to caution the leadership of State House of Assembly to stop with the current move.

Moghalu described the attempt as a breach of peaceful resolution between NIWA and Lagos State government over clash of interest on dredging and sundry waterway matters.

“Recall that there was a recent clash between National Inland Waterways Authority and Lagos State Waterfront and Infrastructure Development during which NIWA staff and indeed companies registered with the authority were arrested by your staff and arraigned before special offences court, the resolution of that is still under consideration,” Moghalu stated while detailing the background to the current impasse.

While warning that Lagos State House of Assembly attempt may thwart the ongoing efforts to reach amicable settlement, the NIWA boss drew the attention of the state government to the extant laws on Minerals and Mining Act of the Federal Republic of Nigeria, which states that where there are issues arising from the operations of any federal government’s licensed operator, section 141 of the Act and sections 15, 16 and 17 made provision for its resolution.

Moghalu further drew the attention of the state government to the ruling of the court of appeal on mining cadastral office vs Petroleum and Transport Investment LTD and another (2018) LPEIR 46046, which cleared the air on the vexed issue and further recognises waterway use permit exclusively within the ambit of NIWA.

Naira stabilises at N455 to on black market