…As Saraki, Orakwusi encourage victims to speak out 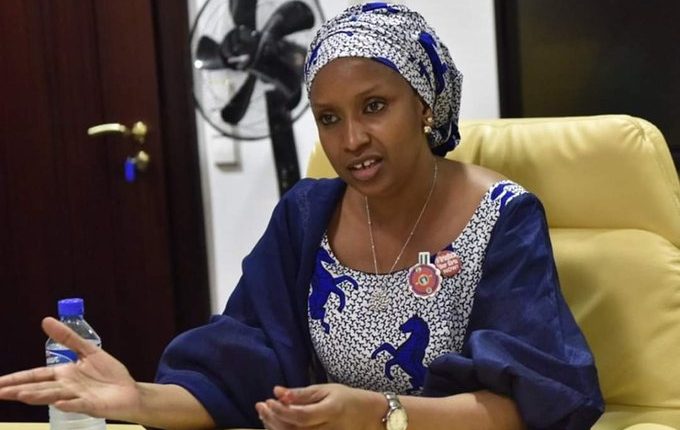 The managing director of the Nigerian Ports Authority (NPA), Hadiza Bala-Usman, has called for the review of established systems for checking molestation and other crimes against women in the maritime industry.

Speaking at a virtual conference on ‘Enforcing Policies and Legal Instruments against Sexual Harassment and Exploitation in the Maritime Industry,’ organised by Women in Maritime Journalism (WIMAJ) on Thursday to mark the 2020 Day of Seafarers, she said the NPA gives zero tolerance to sexual harassment in the work place.

According to her, the media have in recent time been awash with stories of different categories of the female that have been victims of gruesome abuses, molestations and fatalities.

Represented by Funmilayo Olotu, Apapa Port Manager, NPA, Usman stated that there is need for everyone to boldly condemn sexual harassment and exploitation across board even though most of these reported cases occurred on land and within policed jurisdictions.

“Now, can we begin to imagine what female seafarers are facing on the wide expanse of waters coursing through continents in the literal no-man’s-land, and out of sight? It is, therefore, imperative that the maritime sector reviews established systems for checking acts of molestation and criminality against the womenfolk in the industry,” she said.

Gbemisola Saraki, Minister of State for Transportation, urged rape victims to speak out, saying that silence was no longer an option if they wanted to get justice.

She listed such stakeholders to include government, shipping companies, the media, civil society and the victim who must be courageous to speak up.

“Human dignity must be respected at all times and places, there should be increased protection of women’s rights under the law. The Federal Ministry of Transportation, with the assistance of maritime agencies, is committed to formulating policies in line with our subsisting law to address this sad phenomenon which erodes human dignity and inhibits the womenfolk from pursuing careers and exploring their potential in the maritime sector,” she said.

Saraki said experience had shown that female sexual harassment in the maritime industry remained largely unreported due to fear of stigmatisation and victimisation.

According to her, shipping companies have a role to play in addressing this inhuman practice by publicising the reporting procedures and ensuring the victim’s confidentiality.

Margret Orakwusi, chairperson, Shipowners Forum, said there was need to look inward on how ‘our children’ are raised. She blamed the preferential treatment given to men, and raising men to see the female body as an entitlement, for such immoral acts.

She however said there was need to raise men that would appreciate the fundamental rights of a woman.

Orakwusi said there was need to encourage people to speak out, as the culture of silence was motivating some men to continue with the bad act.

Koni Duniya, an ex-seafarer and Voyage Management Advisor at Nigerian LNG, , attributed silence by rape victims to the fear of victimisation, shame or isolation on board.

She said some could even be afraid of being killed and thrown overboard.

She said it was okay to have laws in place, but it was better that the act should not happen at all, advocating zero tolerance to sexual harassment.