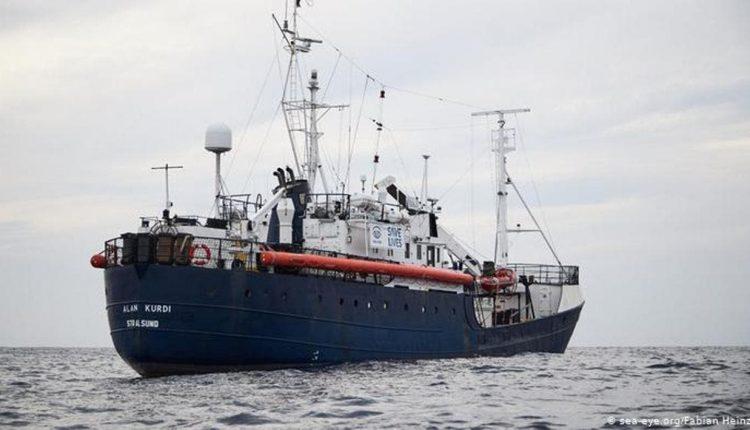 The New Nigeria Collective (NNC), a civic group, has asked the leadership of the Nigeria Ports Authority (NPA) to tread with circumspection in the way it is handling its engagement with Ocean Marine Solution Limited (OMSL), the company supporting the Nigerian Navy to provide security at the Secure Anchorage Area (SAA) of the Lagos delineation of the nation’s waters.
The group was reacting to a recent statement credited to the NPA leadership and published in a national daily, where the ports authority threatened to arrest any vessel at the SAA and sanction any ship found there.

NNC, in a statement by its national chairman, Adeola Adewunmi, observed that the inexplicable rivalry orchestrated by the NPA was gradually becoming a threat to national security, given the sensitivity of the assignment that the OMSL is handling for the country, in collaboration with the Nigerian Navy, at SAA.

According to the group, the fact that OMSL has no business with the NPA in the matter presupposes that the government agency has been overreaching itself over time even after the Senate intervened and asked it to steer clear of the SAA because the contract is between OMSL and the Navy and not directly with the NPA.

The group said it was concerned that even after Senate’s recommendation, which gave OMSL a clean bill and urged it to continue with its patriotic assignment, the NPA leadership went ahead to disrespect the Senate, saying it was ridiculous for the NPA to ask the Navy to arrest the vessels it is supposed to protect.

“Unfortunately, as it stands today, the NPA doesn’t have a security architecture in place in the Lagos area, not to mention the Port Harcourt area, where pirates’ attacks are uncontrollable and cost of shipping to Port Harcourt has become astronomical, because ships refuse to go there. But the Lagos that seems to be working because of SAA is about to be destroyed out of sheer vendetta and lack of patriotism,” the NNC said.

“Instead of encouraging the security solutions that have brought sanity to the Lagos area, all the efforts of the NPA leadership have been to destroy it and bring the Lagos area to the days that ships had to go to neighbouring countries to berth and the country

lost a lot of revenue, and what is even more worrisome is that this service is at no cost to the Federal Government. So, what is NPA’s problem?” it said.

The NNC said it was embarrassed to learn that despite all the interventions that legitimately stopped the NPA from harassing the OMSL, it has continued to act as though it was not answerable to anyone.

“The truth of the matter is that the NPA does not even have the power to arrest or announce the arrest of anyone. In the very worst-case scenario, if there are infractions at SAA, all that the NPA needs to do is report such to the Navy, which will in turn address the matter,” the group said.

“But, having followed closely the operations of the OMSL at the SAA, it does not take much to see how the company has been providing the much-needed logistics for the Navy to function and be on top of their assignment. But this is the kind of support that the NPA has refused to give, even when it was approached,” it said.

NNC said it was inclined, therefore, to believe that there are some persons within the NPA who, for reasons best known to them alone, want the OMSL messed up and as a result, have “been concocting all sorts of lies and manipulation to justify their premeditated plans”.

The group asked that the NPA be called to order immediately to stop distracting the OMSL from doing the job for which it has been globally acknowledged as outstanding in securing the nation’s waterways and, instead, partner them for a productive collaboration in larger interest.