Lekki Port to begin test running of equipment by September 16 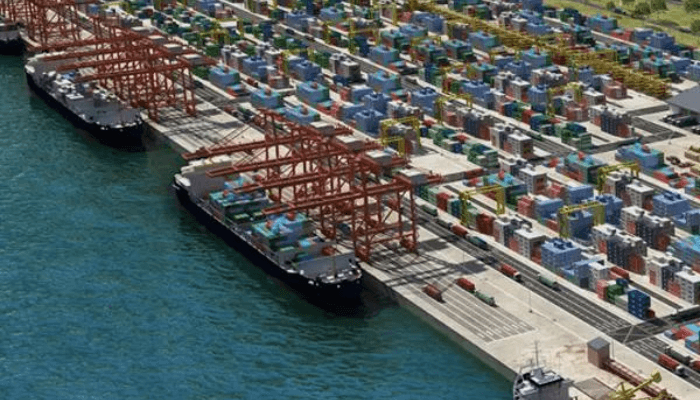 The promoters of the much-awaited $1.5 billion Lekki Deep Seaport is expected to complete the installation of cargo handling equipment by Thursday, September 15, and to commence the test running of the equipment by September 16, 2022, BusinessDay has learned.

Mohammed Bello-Koko, the managing director of the Nigerian Ports Authority (NPA), who disclosed this to journalists at the weekend, said that Lekki Port will practical be ready by September 15, 2022.

He said the port will start dry runs and testing from September 16, as well as the training of Nigerians who will operate the equipment.

“They probably have finished recruiting Nigerians that will work there and they need to train them on how to use the cranes and other digital systems. Lekki Port will start full operation before the year runs out and will receive bigger vessels. Then, we will start getting back some of the businesses that we have been losing to neighbouring countries because the clearing procedures will be faster,” he explained.

According to him, landlocked countries such as Mali, Chad, and the Niger Republic had shown interest in moving their cargoes through Nigerian ports.

“This is the first time in a long time that a new port will be set up in Nigeria. Lekki Port has IT deployment that is currently not in Nigeria because no port in Nigeria has Ship-to-Shore Crane. The IT system in Lekki Port will minimise human interaction by ensuring cargo owners do clearance processes online,” he said.

He said NPA has acquired all the marine equipment needed for the port to start operation, adding that it will reduce congestion at the Tin-Can Island and Apapa Ports.

Bello-Koko disclosed that the NPA is working with the Nigerian Shippers’ Council to determine the tariff for transit cargoes.

“Nigeria used to have a lot of transit cargoes but at a point, it became impossible to clear couple with many checkpoints along the borders that impede the movement of the cargoes. We are working with the Council and Customs to determine the tariffs for transshipment cargoes,” he added.

According to him, transshipment cargoes can either move by sea or by roads to other countries but Mr. President has given instructions to connect the Lekki Deep Seaport to Lagos-Ibadan standard gauge to ease the movement of cargoes.

The NPA boss said that Mr. President a few weeks ago approved and designated Lekki Deep Seaport as a port of destination, which means that Lekki has a full complement of a port and that vessels can come from outside the country to berth and depart the port with goods.