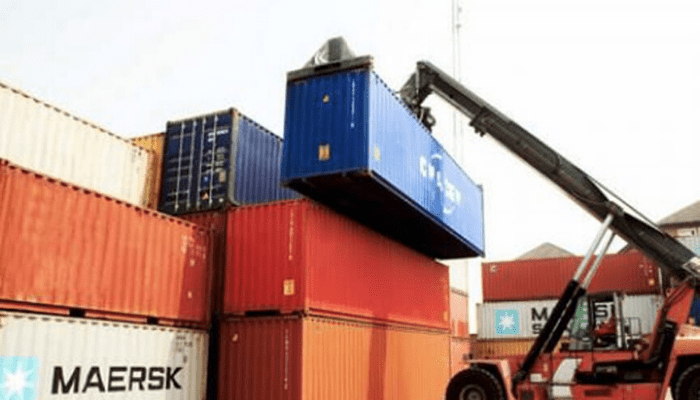 Clarion Shipping West African Ltd, operator of Clarion Bonded Terminal located in KLT, which operates under Apapa Command of the Nigeria Customs Service (NCS), said the management of Customs has absolved it of all allegations that led to stalling of it operations as well as sealing of the terminal on June 11, 2020.

The terminal operator, which reopened for business on July 3, 2020, said it has also concluded arrangements to offer demurrage exemptions to all cargo owners that have paid their duties and were ready to take delivery of their consignments before its operation was stalled in June.

Speaking in Lagos on Monday during a courtesy visit to Hassan Bello, executive secretary of the Nigerian Shippers Council (NSC), Emmanuel Osonwa, legal advice to Clarion Bonded Terminal, who commended the Council for its intervention in reopening the terminal for business after about three week of sealing, said Customs has reopened the terminal after full investigation that exonerated the terminal from all blames.

According to him, the terminal has also given demurrage waivers from the 11 June, 2020 when the terminal was sealed, to Friday July 3, 2020 when it was reopened to shippers plus another four extra days.

He said the terminal has introduced several trade facilitating tools such as 24-hours operations including Saturday and Sunday, 100 percent evacuation of cargo using barges as well as efficient cargo handling equipment to not only ensure that shippers are well served, but to offer cost effective services to their customers.

Osonwa, who stated that efficient service delivery was the major reason that prompted the introduction of these trade facilitation tools, said the terminal was determined to give relief to its customers by using barge operations to ameliorate the difficulties and delays that come with commuting through Apapa traffic congestion.

Giving insight into what happened, Osonwa said the terminal, which was allocated two ships by Maersk Line and one by Cocos Shipping PIL, was carrying out its timely and expeditious cargo evacuation from the ships when the Customs controller of KLT came and sealed the terminal over allegations of ‘illegal activities and lack of Customs approvals for Clarion to operate a bonded terminal’.

According to him, the controller at that time thought Clarion was supposed to be doing only empty containers.

“This happened on June 11, 2020 and we had close to 4,000 containers inside the terminal. We know Customs as agency that maintains discipline and standards as regards to their revenue but on our part, we knew that all our operations were legal. This was why we went further to ask questions because prior to the sealing of the terminal, officers of Apapa Command who were assigned to the terminal, were also doing their jobs and releasing goods without issues,” he said.

Osonwa, who stated that nobody notified them before the sealing as required by Customs and Excise Management Act (CEMA) that guides Customs operations, said there were some containers loaded on barges at seaside ready to leave APM Terminals to Clarion terminal, when the operation was stalled.

“We sent all our approval papers to Customs headquarters through the ACG Zone ‘A’ because we were not able to go to Abuja to make our submission due to the Covid-19 lockdown. Believe me, with Covid-19 in place, issues became more difficult to handle and that was why it took these length of time to resolve,” he explained.

He however said that the most important thing was that after investigation, Customs saw that the terminal did not do anything illegal as alleged.