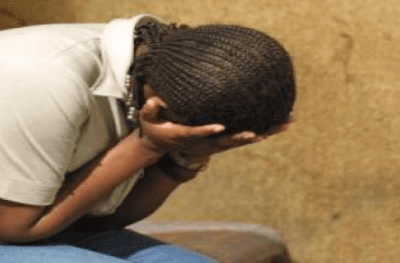 Olive Community Development Initiative has called on Kwara State government to as a matter of urgency enforce Child Right Law and strengthen protection systems for women and girls to end violence against them.

Mojoyinola Adewuyi, Programme Manager of OCDI who stated this on Thursday, at a one-day stakeholders’ meeting on violence against women and girls in Kwara State, equally asked for inauguration of Child Rights implementation committee in 16 local government areas of the state.

The one-day event was themed “Collective Action Towards Eradication of All Forms of Violence Against Women and Girls in Kwara State.”

According to Adewuyi, violence against women and girls is becoming worrisome and that requires proactive measures.

Also speaking at the programme,  Christiana Oluwole Abayomi, the Chief Executive Officer of Global Hope for Women and Children Foundation (CEO-GLOHWOF), disclosed that only 65 rape perpetrators were prosecuted between 1973 and 2019

“It saddens our hearts that only 65 cases of rape perpetrators have been prosecuted in Nigeria between 1973-2019 with the alarming rates of rape cases recorded”, she said.

Saa’datu Modibo Kawu, state Commissioner for Tertiary Education, said the state government under the leadership of Governor Abdulrahman Abdulrazaq  is working tirelessly to ensure women and girls in the are adequately protected.

Kawu, who expressed dismay over the issue of incessant rape in the country, called for a collective response to tackle the menace, just as she advocated for restoration of  women’s dignity and protection of girls in the state.

Similarly, Deborah Aremu, the Kwara State Commissioner for Social Development, posited that the executive and the legislature are at the verge of domesticating Child Rights Act in the state, saying the state would open rape offenders’ register.

“Here in Kwara State, we are talking with the legislature who would domesticate the Child Rights Act and very soon that would be done,” she said.