Netflix: Top original film on release from June to September 2022

The beginning of the year has provided many high profile Netflix new releases, including the final season of Ozark and The Adam Project. Netflix has promised that there many more movies and shows are coming to your watch lists from June to September.

BusinessDay examines the new original movies that will be available on the streaming service for that period based on Netflix data.
Love & Gelato: June 22nd 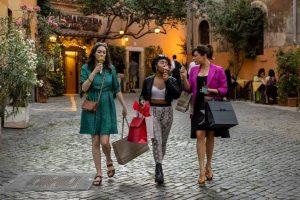 The romance novel Love & Gelato by writer Jenna Evans Welch is getting an adaptation on Netflix. Filming Already wrapped, and the movie is set to release globally in June 2022.

Lina is spending the summer in Tuscany, but she is not in the mood for Italy’s famous sunshine and fairy-tale landscape.

She is only there because it was her mother’s dying wish that she get to know her father. But what kind of father isn’t around for sixteen years? All Lina wants to do is go back home. But then she is given a journal that her mom had kept when she lived in Italy. Suddenly Lina’s uncovering a magical world of secret romances, art, and hidden bakeries.

A world that inspires her, along with the ever-so-charming Ren, to follow in her mother’s footsteps and unearth a secret that has been kept for far too long. It’s a secret that will change everything she knew about her mother, her father and even herself. 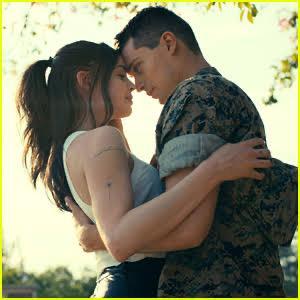 Purple Hearts is a film adaptation of the 2017 book titled the same name by Tess Wakefield. Dead to Me director Elizabeth Allen Rosenbaum helmed the movie from a screenplay co-written by Kyle Jarrow and Liz Garcia. Elysa Koplovitz Dutton and Leslie Morgenstein produced the film for Alloy Entertainment, and Carson, Rosenbaum, Amy Baer, Hugo Grumbar, and Tim Haslam signed on as executive producers.

The plot revolves around an aspiring musician (Sofia Carson) and a U.S. Marine (Nicholas Galitzine) who, despite their many differences, meet and fall madly in love.

Cassie Salazar and Luke Morrow are diametrically opposed. Cassie, a sharp-witted bartender in Austin, Texas, works nights to make ends meet while chasing her dream of becoming a singer and songwriter. Luke is an Army recruit set to deploy who finds solace in the military’s unwavering discipline. However, an accidental meeting in Cassie’s pub alters the path of their lives. Cassie’s medical expenditures have piled up since she was diagnosed with diabetes.

Read also: Netflix to launch first African podcast in May

When she runs into her old friend Frankie, now enlisted in the Army, she proposes a deal: she’ll marry him in exchange for better medical insurance and they can split the increased paycheck that comes with having a “family.” When Frankie declines, his attractive but frustratingly intense friend Luke volunteers to marry Cassie instead. What she doesn’t know is that he has desperate reasons of his own to get married. In this unforgettable love story, Cassie and Luke must set aside their differences to make it look like a real marriage, somewhere along the way, it becomes one. 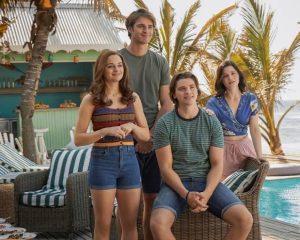 The Kissing Booth 3 is a 2021 American teen romantic film directed by Vince Marcello, from a screenplay by Marcello and Jay Arnold.

The film picks up from the cliffhanger set by The Kissing Booth 2. Due to constant fights between Noah and Elle, Noah finally decided to break up with Elle.

He discovered that Elle got selected for Berkeley but yet chose Harvard to stay close to Noah. However, looking at the state of their fragile relationship, Noah didn’t want Elle to make any lifelong decision based on love and then regret later. He pushed her away so that she would apply for Berkeley and study with Lee, something she always wanted.

Swooning with the idea of living with Noah together in Boston, Elle chooses Harvard University. Lee gets upset, and to lighten up her dejected best friend, Elle brings a new scheme. They plan together to make it the best summer and vouch for finishing their “Beach Bucket List” they made during their childhood (to finish before leaving for college). 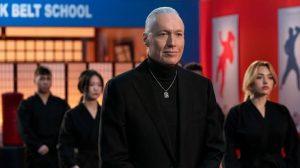 The first four seasons of “Cobra Kai” are currently streaming on Netflix.

Cobra Kai Season 5 is not just dealing with karate shenanigans in Los Angeles. However, Danny LaRusso (Ralph Macchio) has to do whatever he can in order to stop Terry from using kids to elevate his status. That means recruiting Johnny Lawrence (William Zabka) with his surreal plans in order to do what they should have done long ago: cut the head off the Cobra Kai snake.