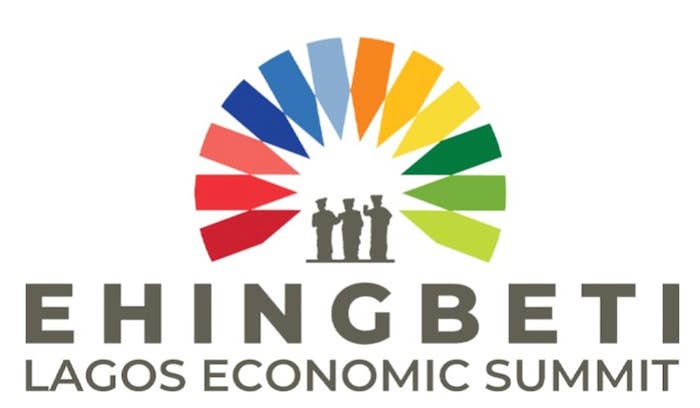 There is no better time to revive Ehingbeti, Lagos economic summit other than now, a time when drop in investment flows into the country is weighty, reflecting global events such as Covid-19 pandemic.

Lagos State is in top gear to resuscitate the summit, which creates an enabling forum for all stakeholders in Lagos and showcases Lagos as a destination for investment, democracy, culture and tourism as well as a credible sub-national capable of pulling off a world-class Global Summit.

With the absence of Ehingbeti between 2015 and 2019, the significance of the Lagos Economic Summit, may have been unwittingly diminished.

Even though the private sector-led conversation continues with the 2021edition holding on February 16-18, implementation of some of the consensuses reached at pre-2015 summits, during the hiatus, also demonstrated that Ehingbeti is an unending dialogue in the quest for socio-economic and infrastructural development in Lagos State.

From the beautiful bus terminals across the State to hundreds of Mass Transit Buses procured to partly tackle the transportation challenges, it was clear that Lagos was beginning to embrace the realities of its megacity status expressed by representatives of the UN Habitat at one of the planning sessions that heralded the inaugural edition of Ehingbeti.

Lagos before 2000 was awfully chaotic. Aside from the throbbing of infrastructural deficit, population was growing at a riotous rate. This was the beginning of the 4th republic, after 16 years of military rule. Democracy ushered in relief, and citizens began to aspire to a decent life after a long era of repression.

The new aspiration put Lagos under pressure because it was the only State in Nigeria, with the possibility of restoration. So, the State became a point of attraction to everyone seeking survival and prosperity, when its newly democratically elected government was struggling with extremely lean resources to start the business – governance, for which it was voted by the people.

Evidence of the decade-long abandonment and halted development was visible in every corner of the State. The indicators that would justify the transition to civil rule were in the urgent need to address infrastructural deficit, poor transportation system, fix bad roads, improve health services, abate growing insecurity improve the socio-economic climate for general habitability in the State.

Lagos offered a glimpse of hope to the people because of its status as a former capital, but the threatening twinkles of expectation had made the need for the State to ‘take-off’ really necessary, less the State denigrated into total commotion.

Worried about the consequences of inaction, the crop of technocrats and egg-heads pulled to government by the allure of democracy and Governor’s believability got to work on social services development and planning. The visual mess had to go, and disintegrating infrastructure needed serve the people, while scaling-up became a major item on the State government agenda.

“The state of things was scary. We had to keep late nights at Akodo resort, brainstorming on how to get tonnes wastes off the streets off Lagos. The disorderliness intensified by the transportation system then was an eyesore. Every day in Lagos was a new heartbreak for everyone in government”, said Mr. Yemi Cardoso, Chairman, Citibank Nigeria, who was Lagos State Commissioner for Economic and Budget Planning in 1999.

“The need to create a functional State, with great infrastructure was undeniable. At the Cabinet level, we saw that things needed to transform rapidly, even though our reality was that the transformation can only be gradual. With an enduring commitment, the leadership of the State encouraged and supported a rigorous planning process, propelled by a clear vision about the projected development, with tangible milestones”, he added.

The nights of sweats and toils in the bush of Akodo did not only have the Governor and his cabinet wandering for solutions to the socio-economic and infrastructural challenges of Lagos State, most of the leading lights in the private sector in Lagos State were also on the hunt for ideas that would not only make Lagos habitable, but also prosperous, in the Akodo bush.

The fading signs of squalour of the era and sprouting of modern architectures brightened by increasing presence of street lights in the state are testaments to the effectiveness of collaboration between the private and public sector. In fact, Ehingbeti has proven that tough and sincere conversations are paths to building an enduring relationship and an engendering atmosphere of mutual trust.

There was a gust of ideas from the different Working Groups, requiring discipline of purpose to translate into executable projects, but more important at the stage was taking the idea to the market. And this required committed partnership, which only a shared vision could deliver.

“When we began all these conversations in some of the cabinet retreats, I took a different position; I took the view that Lagos should aim to be the core of a megalopolis” hinted Professor Patrick Utomi, one of the private sector champions of Ehingbeti.

The quest for a functional state and better city was an area of mutual interest for the government and the private sector, but fine-tuning the workability of their like-mindedness needed a whole lot of dialogues and engagements because of assumed expectations of each other.

“Initially it was like one camp against the other”, a moderator describing the interactions between private sector and government at one of the early engagement sessions, “but the image of the beautiful of city that was going to emerge from their collaboration introduced meaning to the dialogue”.

“The World Bank Advisor had just interrupted a heated argument between a Senior Executive of Property Development Company and a Lagos State official about taxes and land charges, citing case studies from some notable cities in the world.

Cities like Boston, New York, and London are functional because businesses pay taxes and rates for government to carry-out the social and infrastructural constructions that make cities great!”, he said the World Bank Advisor retorted.

“That statement seemed to immediately change the tenor of the argument from the reaction of the parties. It looked like an idea had dropped, but more illumination would make it resonate better, and justify its practicality”.

“The public and private sectors are partners in progress. The relationship between them is mutually reinforcing, such that the health of one is the vigour of the other.

Government requires private sector support to succeed while government creates the enabling atmosphere for the private sector with the instruments of state”, just as he walked to the flip chat beside me, opened to an earlier presentation, proposing the 4th Mainland Bridge, and asked “when government desires this for the people, who will make it happen?”

There was a long silence, which he ended by saying “the private sector, once government is able build confidence and earn the trust of businesses. They will become investors in social development and aggressive drivers of socio-economic growth”. This exchange happened in the process of building the consensus enabled rapid infrastructural development in Lagos and distinct positioning of the State an Africa’s commercial hub.

“In the last two decades, Ehingbeti has played a pivotal role in the transformation of Lagos State, with useful inputs into Lagos State Development Plans (LSDP)” said Sam Egube, the current Commissioner for Economic Planning and Budget, who is also a Co-chair of the Steering Committee said.

“Our realities from 2000 when the first Ehingbeti held, exactly 20 years ago, have significantly changed. As a state, we now have to cater to the infrastructural needs of more than 22million population and ensure that Lagos remains on the path of continuous growth”

“These considerations are the groundwork of the Babajide Sanwo-Olu administration THEMES Agenda, but translating the agenda to benefits for our people will require collaborations amongst stakeholders, and a determination to deepen the foundation for sustainable development and growth of our society. So, Ehingbeti 2020 offers us a platform to address all these”, concluded Egube.

“It is clear that private sector setting an implementable agenda for government and championing the process of implementation has pushed Lagos far ahead of States in Nigeria and countries in the African sub-region” submitted Sam Egube, Commissioner for Economic Planning and Budget in Lagos State, “but development of the State is not a destination, but a journey. We need to continue to work at as a government and people”.

This view reflects government’s thinking towards development in the State. It is safe to infer that the government is keen on stretching its collaboration with the private sector to improve infrastructure, echoing Professor Utomi’s thought that as successful Lagos may be in terms of infrastructural development “the room for improvement exists with the utilization of a portent economic planning tool like Ehingbeti”.

With the theme ‘For a Greater Lagos: Setting The Tone For The Next Decade’, this edition of Ehingbeti will certainly rekindle the conversations that will enable optimization of the inherent opportunities in Africa’s 6th largest economy and offer perspectives on how to manage the peculiar socio-economic landscape of the State in the coming decade.

The Lagos Economic Summit Group (LESG), with this edition of Ehingbeti, is strengthening the existing relationship between government, and emphasizing that greater private sector participation in governance is a prerequisite for a functional state.

Since the inaugural summit in 2000, Ehingbeti has gained useful insights from innumerable business and political leaders, renowned economists, notable development experts and outstanding scholars, who have participated from different parts of the world.

Ehingbeti is the first institutionalized economic forum by any state in Nigeria and is an ingenuous socio-economic apparatus that has contributed significantly to the evolution of Lagos State into a major economy in sub-Saharan, with expanding potentials.

The summit, hosted by successive governments in Lagos State since the beginning of the 4th republic, has consistently redefined the dynamics of public-private sector collaborations for development across social and economic indices in the Lagos State.

Of violation, tears and bleak hope: A review of Kehinde Badiru’s I know Why Your…