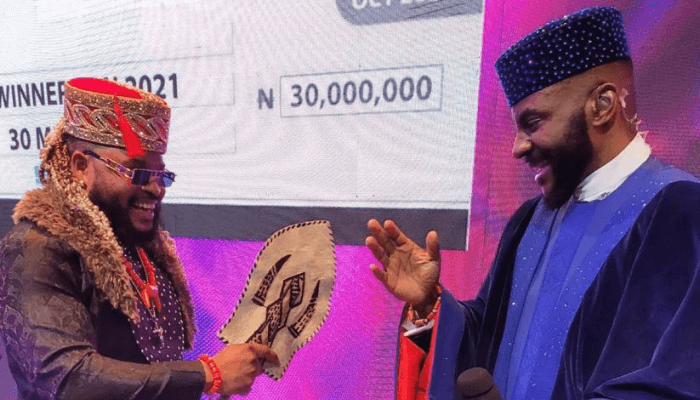 Of course, the show is borne out of Multichoice’s quest to create exciting contents for its growing subscribers across Nigeria and the continent.

Over the years, it has grown beyond content creation to empowerment for the winners as most of them have been engaged by corporate organisations for branding, activations among others.

The intrigue is that some second or third runners up and even those who were evicted earlier in the show have leveraged the platform to push their careers forward.

One good example is Bisola Aiyeola, first runner up of Big Brother Naija 2017, who became more popular than Efe Ejaba, the winner. Today, little is heard of Efe, while Bisola has used the platform to grow her movie acting career, event hosting, TV presentation, corporate branding and other engagements.

However, while the platform offers many opportunities, the major bait for potential housemates is usually the prize money, which keeps increasing every season.

At one of the auditions, a potential housemate, who eventually did not make it to the Big Brother House declared that the big draw for him was the prize money, which hoped would be double of the previous edition.

Trailing BBNaija’s prize money since inception, the prize has always been on the increase; as if the organisers are boosting it against inflation.

In 2006, which was the first season of the reality show, which was hosted by Olisa Adibua and Michelle Dede, $100,000 grand prize was won by Katung Aduwak, a scriptwriter and production assistant.

As expected, the win was a lease of life for the 26 years old Aduwak, who also went ahead to bag a Directorial Degree at Digital Film Academy in New York.

The huge win made many Nigerian youths to look forward to the new edition, which did not happen until after 11 years.

On January 22, 2017, after over a decade hiatus, the Big Brother House opened again for season 2 tagged ‘See Gobe’, which was won by Efe Ejeba, who became richer with a grand prize of N25million.

But the prize increased in the third season in 2018 tagged ‘Double Wahala’. Miracle Igbokwe, the winner and a pilot, got N25 million cash, a brand new Hyundai Tucson SUV, home appliances worth N3m and a trip for two to an exotic location, as well as a year’s supply of Pepsi and Aquafina water.

The prize money also increased in season 4 in 2019. From the N25 million cash prize won in the previous edition, the winner in 2019 was richer with N30 million cash. She also won an Innoson SUV said to be worth N25 million, a trip to Dubai and other prizes.

Yet again, the prize increased in 2020 for the fifth season of the show, which was held amidst the COVID-19 pandemic and was aptly tagged ‘Lockdown Edition’.

Despite the ‘lockdown’ and pains of that pandemic period, the show brought respite to many homes and especially to Olamilekan Agbeleshe, the winner who is popularly known as Laycon. He took home N30 million, an Innoson Motors SUV worth N30m, a two-bedroom apartment, a trip to Dublin, Ireland, and other prizes.

Last year, BBNaija witnessed an unimaginable grand prize as Whitemoney, the winner, went home with N90 million worth of prizes.

Aside from a cash prize of N30 million, he won a two-bedroom flat courtesy of Renovation Plus, an Innoson IVM G40, a TravelBeta travel package for two to Dubai, among other prizes.

Well, the 2022 edition, which is the Season 7 of the show, is offering huge bait for potential housemates.

With a grand prize of N100 million, including N50,000 cash prize and prizes from sponsors worth another N50 million, Big Brother Naija Season 7 is the game to play.

Though inflation is biting harder, N50 million cash prize is not a joke and many will be more willing to do and outdo other housemates to grab the prize money.

As a youth at the unveiling ceremony at Marriott Hotel Ikeja pointed out on hearing the cash prize, “N50 million is enough to die for”.

At the unveiling, Busola Tejumola, executive head of content and West African Channels, Multichoice Nigeria, explained the reason for the increasing prize money and other prizes saying that beyond offering quality entertainment, MultiChoice wants to empower Nigerian youths and other youths in markets across Africa where it operates.

With the N100 million at stake, Tejumola is promising bigger, more exciting and an edition of BBNaija that has not been seen before because of the high quality engagement by the housemates.

This edition, which is tagged ‘Only Way Up’ is sponsored by Pocket, formerly Abeg, a social mobile payment app, while the associate sponsor is Flutterwave, a payment gateway platform and fintech company.

The 72-day show will witness a double opening in July 23 and 24, 2022 with airing on DStv channel 198, GOtv channel 29 with live eviction shows and weekly highlights aired on Africa Magic Family, Showcase and Urban.