The Niger-Delta Negotiations: A paradigm shift? 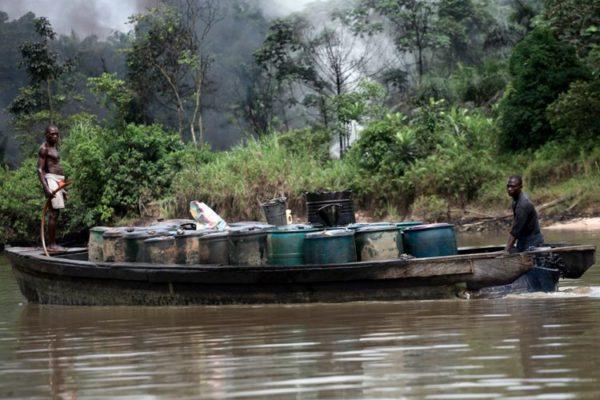 During a survey of the effects of diamond mining in an aboriginal Canadian community, a survey participant described the benefits accrued to local communities as beads and trinkets when compared with the fortune made by the miner. This sentiment is often expressed as the social damage inherent in the process of exploration/extraction of mineral deposits. It is often the case that sometimes, environmental degradation resulting from exploration/extraction activities have enormous impact such as will deprive inhabitants of such communities the right to decent living. The reaction by the responsible authorities/agencies is what makes the difference and sets developed countries apart from developing countries. This was the case of the tragic Deepwater Horizon oil spill in the Gulf of Mexico and the Statoil Statfjord oil spill in Norway. The response to the Norwegian spill has been regarded as an acceptable standard in the management of oil spillage by her swift and spontaneous response to the spill with her thorough investigation, sanction of the offending parties and clean-up of its waters in conformity with international best practices.

The Nigerian case is not different. What is peculiar about it (Nigeria) is the frequency of the spillage and more importantly, the response time to clean up.

Oil spillage is the release of petroleum substance or product into the waters which makes it become poisonous, inedible and threatens the rich coastal habitat. During a spill, oil floats on land and water surface and forms an oil slick that is about 0.1mm thick continuing to spread; the stick becomes 0.01mm thick. No reasonable commercial activity can take place under this circumstance.

This paper therefore seeks to review the various structures put in place to ameliorate the impact of the spillage and the consequence of the (non)response.

On-line images of the Niger Delta meets one with disheartening images of oil-slicked fauna, decimated mangroves, drinking water with clear sheens of oil and a general hopeless situation. These images appear to corroborate the narrative that has consistently come from these regions on the extent of the devastation suffered. Whilst one may argue that some of these agitations are laden with emotions, scientific data detailed in the United Nations Environmental Programme’s (UNEP) report on Ogoniland shows pollution levels are below accepted international standards. A juxtaposition of the health risk with the social damage further demonstrates that the source of livelihood (which stands at about 70%) is lost to degradation that is often talked about.

The Niger Delta area has had a chequered history of non-performing government institutions. It will be recalled that attempts by the Nigerian Government to frontally tackle this problem birthed, in 1961, the Niger Delta Development Board (NDDB) with the mandate to develop the region. Activities of this Board was funded with a 15% revenue contribution from the Federal Government. The NDDB enjoyed initial relative success by executing about 358 contracts. However, this was not to live long as it was plagued with inefficiency, mismanagement, political interference and  its operations,  hampered by militancy.

In 1972, the Niger-delta River Basin Development Authority (RBDA) was established to replace the defunct Niger Delta Development Board, and was bedevilled with administrative and political schemings. The Oil Minerals Producing Areas Development Commission (OMPADEC) was established by the military government of General Ibrahim Babangida pursuant to under Decree No 23 of 1992 (with emphasis on Section 2 thereof). Section 4a(2) of the Allocation of Revenue (Federation Account) (Amendment Act No 106 of 1992) provided that, 3% of the federation account monies derived from mineral revenue be paid to the Commission and shall be used for the rehabilitation and development of the oil mineral-producing areas on the basis of the ratio of the oil produced in the particular areas, and not on the basis of dichotomy of on-shore or off-shore oil production. Like its predecessors, OMPADEC also failed on what was claimed to be financial sabotage which took three different forms to wit:

Shortage of funds to the Commission,

Manipulations of the Commission funds;

Withholding of its monthly allocations.

Sequel to the failure of OMPADEC and sometimes in 2000, former President Olusegun Obasanjo submitted to the National Assembly a Bill for an Act to provide for the repeal of the Oil Mineral Producing Areas Development Commission Decree 23 of 1992. The result of this birthed the Niger Delta Development Commission (NDDC) in 2000. I will not fail to mention the more recent proposal of ‘Host Community Funds’ of the Petroleum Industry Bill (PIB). These are some of the various bilateral contractual agreements which hitherto were ordinarily designed to achieve relative peace in the region. Some of these contractual agreements may include the Global Memorandum of Understanding (GMOU) etc. Again, it is in doubt how much this has achieved.

The ultimate consequence of the inability of various government structures to achieve relative peace in the Niger-Delta region the continuous vandalisation of pipelines and Nigeria’s inability to meet its OPEC quota. Kudos must however be given to President Buhari and Vice President Yemi Osinbajo’s foresight and wisdom as relative peace (through physical human intervention) has now returned to the Delta region. Albert Einstein once posited that it is ‘insanity doing the same thing and expecting a different result’. Having engaged all the above, it is now time to consider other more result-oriented options.

An Impact and Benefit Agreement (IBA) is a formal contract outlining the impacts of a project, the commitment and responsibilities of both parties, and how the associated Aboriginal community will share in benefits of exploration through employment and economic development. This, it may be argued, is a replica of the Global Memorandum of Understanding (GMOUs) signed by the International Oil Companies and the communities.

Although not legally required, IBAs have evolved in part to reduce uncertainty and potential delays in developing projects. Companies are seeking to solidify support for the projects, while Aboriginal groups seek community support, recognition, respect, and various economic and social advantages such as employment, investment, and funding among other things. IBAs can help both parties achieve these goals. Though contractual, IBAs may contain certain  regulatory element(s) covering a holistic range of provisions by creating detailed internal structures which helps the indigenous communities overcome marginalization and increasing indigenous control of resources (to the extent permitted by the law) to ensure that the benefits flow to the communities affected by degradation.

IBAs are enforceable contractual documents through which communities can seek redress in court. This is evident in its robust and tested dispute resolution mechanisms. In addition to the above, IBAs limits governmental involvement and are managed by transparent internal bodies with checks and balances. Finally, IBAs can operate on an extremely large scale unlike the proposed ‘Host Community Funds’ and GMOUs as seen in their use in Australia. They are also flexible enough to be implemented with small communities without sacrificing bargaining power and this is key due to tribal tensions that could see individual communities seek to make agreements alone.

Tolu Aderemi is a Partner with Perchstone & Graeys while Tolu Ogidi is currently on internship from the University of Aberdeen, Scotland.

Plot or not, President Buhari had enough time to confirm Dongban-Mensem as Appeal…

The interplay between justice administration, commerce and the Nigerian court system:…

Plot or not, President Buhari had enough time to confirm…

To operate a truly deregulated market there must be clarity…