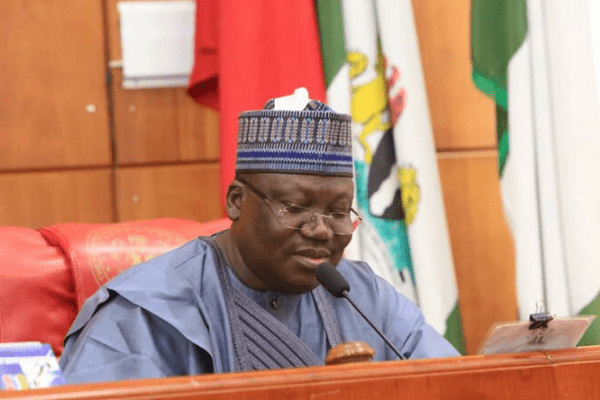 The National Assembly on Thursday passed into law a  harmonised budget of N10.59trn for the 2020 fiscal year, indicating an increase of N264bn over the N10.33trn proposed by President Muhammadu Buhari.

The passage of the Appropriation Bill by the two chambers of the National Assembly followed the adoption of the reports presented by their different committees on Appropriation.

The 2020 Appropriation Bill was passed in the House of Representatives after a clause-by- clause consideration of the report of the Appropriation Committee by the Committee of Supply chaired by the Speaker, Femi Gbajabiamila.

Presenting the report in the Senate, Senator Barau Jibrin said the increase of N264bn in the budget was to allow for interventions in critical areas such as national security, road infrastructure, mines and steel development, health, social needs, and water among others.

He said that N560.4bn was earmarked for statutory transfers while N2.725 trillion stood for local and foreign debts service.

In the House of Representatives, the Chairman of the Appropriation Committee, Muktar Betera, said while presenting the report that the National Assembly of Nigeria had authorised the issue and appropriation of N10, 594, 362, 364, 830 from the Consolidated Revenue Fund for 2020.

Betera said the 2020 Appropriation Act authorized that: “the Accountant-General of the Federation shall, when authorized to do so by Warrants signed by the Minister charged with responsibility for finance, payout of the Consolidated Revenue Fund of the Federation during the year ending on the 31 day of December 2020, the sums specified by the warrants, not exceeding in the aggregate N10,594,362,364,830 only”.

Jubrin noted that recurrent expenditure, that is, non-debt, stood at N4.842 trillion while the sum of N2.465 trillion was for contribution to the Development Fund for Capital expenditure for the 2020 fiscal year.

The fiscal deficit in the budget stands at N2.28 trn or 1.52 per cent of the gross domestic product.

Some of the key assumptions and parameters upon which the 2020 budget is predicted are crude oil production of 2.18 million barrel per day, a benchmark price of US$57, GDP growth rate of2.93 percent, inflation rate of 10.81 percent, while approved exchange rate stands at N305/dollar.