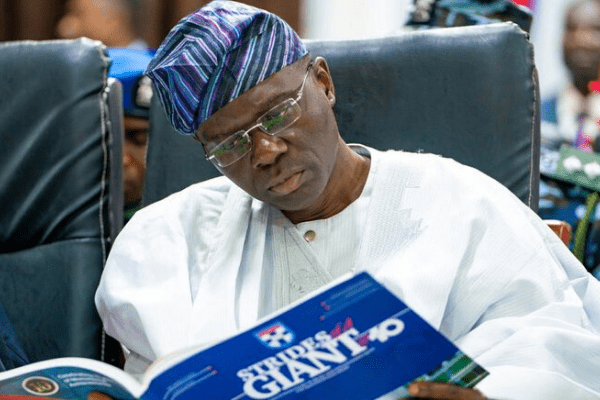 Residents of flood-prone areas of Ijegun, Ijagemo and Ijedodo in Ojo area of Lagos State can look forward to some relief in the months ahead. The state government is set to construct a 19.39-km network of roads in that axis, expected to positively impact their lives and economies.

The special adviser to Governor Babajide Sanwo-Olu on works and infrastructure, Aramide Adeyoye, said the projects are being undertaken, as road construction remains central to the delivery on all the pillars of the THEMES agenda of the government.

She stated this on Saturday when she led a team comprising a member of the House of Assembly representing Ojo constituency 1, Olusegun Akande, the permanent secretaries in the ministry of works and infrastructure, Olujimi Hotonou and his counterpart in the office of  drainage services, Lekan Shodeinde, and engineers on a tour to validate the design of the road.

Aramide observed that, the area was perpetually under water when it rains,  partly because of its topography, also the fact that the channels of the various water bodies have been heavily compromised by illegal structures.

She noted that with the harmonization the design with the consultant and all the outfalls of water run-off established, flooding will be a thing of the past when the roads are completed.

The special adviser reckoned that the road project had been provided for in the 2020 budget and it will be executed in phases as it cut across many water bodies.

This implies that, given the topography, some sections of the road would built on pile (deck on pile) and there would be many bridges to be  built in the course of the construction.

The road according to Adeyoye will bring a lot of relief to the area.

Ado on the Lagos-Badagry Expressway. It is expected that the roads on completion would positively change the socio-economic life of the residents of the affected areas.

Update: How NIMC’s incapacity forced JAMB to suspend use of NIN for 2020 UTME

There, but for the grace of God, go I

Here’s Seyi Makinde’s itinerary since he returned from…