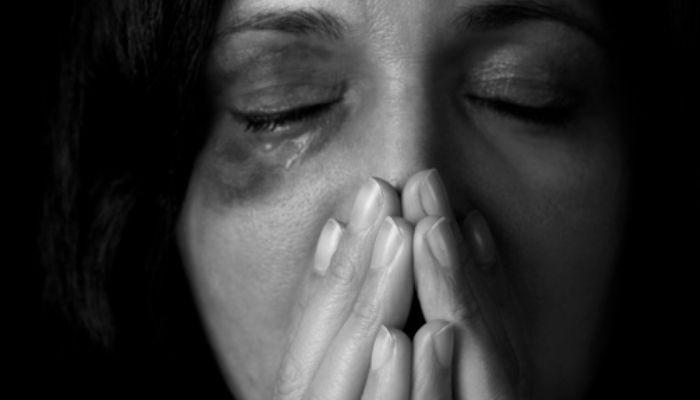 She sat down staring into nothingness. Ameh was in shock. The news she received was devastating to her. She felt like something heavy had crushed her. Her friends, Jane and Oluchi, were speaking to her, but she couldn’t speak.

Her mind had travelled to a very distant place. She had tried several times to summon up words, but her thoughts kept drifting, trying to make sense of what had just happened.

She also felt something had shot off her windpipe, blocking her from speaking. This is so unbelievable, it couldn’t happen to her. Osas had left her!

Ameh’s 2nd year wedding anniversary to Osas was in a few days, to be precise, in five days’ time, and he runs off with the company secretary with an unbelievable sum of money and very important documents.

It sounds cliche, but Ameh felt like her own was different. She would have to count her losses thrice. First it was her parents, now a husband to whom she gave her all, and now her inheritance.

Ameh had known Osas for years, when they were in their teens in church. She hadn’t really liked him or thought much of him, even though he was good looking. She was who you would call ‘a good girl’, leading prayers in children’s churches from a young age.

She was the only child of her parents Mr and Mrs Igbinosa who were elders in the church and quite well known in and outside the church. Her father was a wealthy man, and her mother dedicated herself to taking care of the family and church activities.

Ameh didn’t follow her peers in their teenage frenzy who wanted to experiment. She was quite informed and remained focused. While her friends went to parties, she was either at home reading her books or in church leading prayer meetings.

She was very pleasant, respectful, and focused on her faith and studies. She had dreams of becoming a medical doctor.

Then she met Osas…

Ameh and Osas started the “courting” in Ameh’s 3rd year in Medicine and Osas’ 3rd year in Agricultural Engineering at the University of Benin. He chased her for close to a year and finally got her. From then on, things were a whirlwind for Ameh.

She felt bad for him and did the dutiful thing letting him take control. She took him home to meet her parents one day and him being in the same church, her mum was okay with their relationship, but her dad wanted her to date one of his friends’ sons, with whom he had tried to connect them in the past year unsuccessfully. Osas proposed a year after he graduated and Ameh accepted. This was in her 5th year.

Osas had just completed his youth corps and was retained at his place of primary assignment, a private school. “How much would he earn, for God’s sake?” her father asked her irritably one day.

Read also: I said I loved you, but I lied

He didn’t think Osas was capable of taking care of his daughter. Her dad advised that he should get a stable job with better pay before heading to the altar. At least that would stall Osas’s plans to marry his daughter for now.

Given the way the competition in the job market is stiff, it may take him three to five years to secure a better job. Perhaps that would give his daughter time to get back to her senses.

He never expected that Ameh would fall in love with a boy like Osas. How would he present it to his friends that Ameh would be getting married to a boy working at a private school and barely earning N30,000 as his take home pay.

But Ameh was their baby and after much pleading, her dad decided to help out and bring Osas into the business instead. Osas did very well in the first year. By the second year, he was handling major business affairs for the company.

Her parents had trusted him so much as he would become their in-law and Osas played his card so well. They eventually got married. At the end of her first year anniversary, her parents attended a wedding in another state and got involved in a car crash, killing them both and their driver.

Ameh was too devastated to hold herself together in the months after. It was during this time that Osas started a relationship with her dad’s secretary.

Now, it has culminated into something that she may never recover from. He has been her rock since her parents left the world. Now he’s done this! Could men be this callous? As she tries hard to comprehend his act of wickedness, she wishes nothing for him but hell.