Lagos flood: Why you may not claim on your comprehensive motor insurance policy 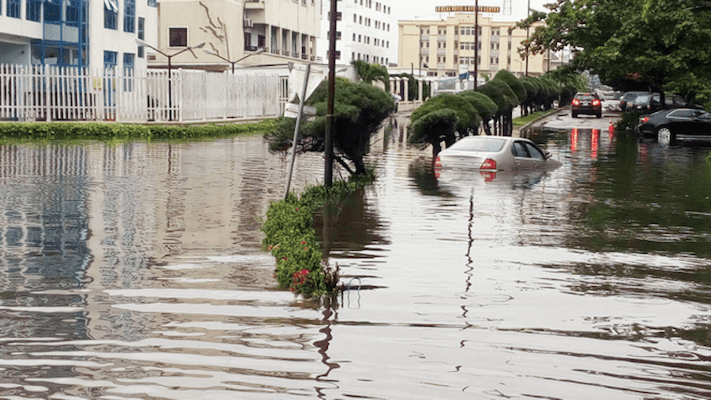 Last Friday’s heavy rains, precisely 16th July 2021 in Lagos has reverberated the discussion on whether insurance will compensate vehicle owners that suffered damages on their cars as result of the flood that almost swept parts of the country’s economic hub.

Many Lagos residents particularly in flood prone areas had to abandon their cars along the road or in other people’s street because they could not pass through the heavy flood to their homes.

A lot of the pictures circulating in the social media showed vehicles swimming in the floods, while their owners ran for their lives, as the heavy down pour descended on the megacity.

Yes, having insurance, particularly motor cover would seen enough protection for damages on the vehicle, sure it is, but not inclusive of flood, except there is cover extension at the inception of the cover.

The reason is that flood insurance is a special peril that is covered under a policy extension. In that case, the insured is charged extra premium for this extension, though it could be a small amount added to the original premium.

Therefore, without this policy extension, the comprehensive motor cover, let alone motor third party cover does not include damages resulting from flood.

In recent times, the spate of floods in Lagos, Ogun and other parts of the country with its attendant damage to properties and life has become a serious cause for concern, given the huge national and economic losses facing individuals and victims of such incidents.

Before now, only corporate organizations saw the need for flood insurance, while individual homes looked south, but recent events have shown that larger percentage of Lagos area may be submerged with floods in the wake of steady rains.

Unlike in many parts of the world where insurance is taken seriously, the level of responsiveness here is abysmally low accounting for why many residents are now stranded and looking for where to go since rains are heightening.

Flooding is defined by the National Flood Insurance Program as a general and temporary condition of partial or complete inundation of two or more acres of normally dry land area or two or more properties (at least one of which is your property) from overflow of inland waters, unusual and rapid accumulation or runoff of surface waters from any source, and mudflows.

This can be brought on by landslides, a hurricane, earthquakes, or other natural disasters that influence flooding, but while a homeowner may, for example, have earthquake coverage, that coverage may not cover floods as a result of earthquakes.

Mayowa Adeduro, managing director, Tangerine General Insurance had said during an interview that the level of patronage by individuals and house owners was still very low as many were yet to appreciate that climate change is here with us.

Adeduro stated that since after the rains of past years, many corporate organizations and churches are beginning to take flood insurance and we are only hoping that more household consider this risk are necessity.

For the market therefore to provide this cover for this specilised risk, it is important that house owners are included in the package so that payment of claims to affected people can be easily managed.

In traditional insurance, insurers use the economic law of large numbers to charge a relatively small fee to large numbers of people in order to pay the claims of the small numbers of claimants who have suffered a loss.

Unfortunately, in flood insurance, the numbers of claimants is larger than the available number of persons interested in protecting their property from the peril, which means that insurers are unable to cover their costs in flood insurance, and this unde4rscores why some insurers don’t want to get involved in it.

Nimi Akinkugbe, financial adviser and expert on money matters said “We live in uncertain times. Violent floods and storms, volcanic eruptions, earthquakes, tsunamis, hurricanes; the list goes on. Such disasters have one thing in common; they are “catastrophic risks” that are not likely to affect you in your lifetime, but if and when they do happen, the consequences can be devastating. Because such risks are so rare and unpredictable, often striking without warning, they can be badly underestimated. Yet just being prepared can save you from untold distress. “

According to Nimi, Insurance is a crucial instrument that sadly most Nigerians still ignore; that is, until they need it most.”

“Are you one of thousands of Nigerians who suffered terrible damage to your property from the recent deluge of rains. There is no better time to revisit the issue of insurance than when we have a live and practical situation that brings home this critical issue. How well are you protected against flooding and, indeed, other disasters? You will find that the insurance premium is a small price to pay for the peace of mind of having your belongings insured.”