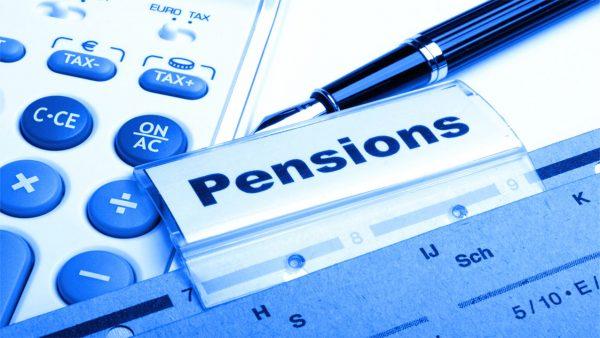 For example, in Brazil, it was reported that large amounts of state-controlled worker retirement funds had been invested in risky, badly managed and overpriced infrastructure related investments resulting in significant shortfalls (approximately US$2.5 billion in recent years).

In some cases, pension funds have also been viewed by struggling governments as a means of paying down government debt. An example was the then-government of Argentina led by Cristina Kirchner which nationalized privately managed pension funds, reportedly as a means of accessing and using approximately US$30 billion in public employee retirement funds to meet the country’s debt service obligations.22 In South Africa, concerns were raised that government employee retirement funds managed by the state owned Public Investment Corporation could be used to bail out badly managed and indebted state owned enterprises, such as the national carrier South African Airways.

23 Rumors that political pressure would result in such misuse became so rife that the South African Minister of Finance, Malusi Gigaba was forced to publicly reassure South Africans “that their pensions are safe and there is absolutely no attempt to dig into their pensions for reasons that are unscrupulous.”24

Considering these examples of potentially politically motivated misuse of pension funds, pension reform and regulations aimed at imposing clear restrictions on pension fund investments have been viewed as essential.

Pension Reform in Nigeria Pensions have had a long-standing history in Nigeria with the first pension plans put in place for public servants in the 1950s.25 The Nigerian pension system was historically a defined benefits scheme with all funds to be contributed by the employer (largely government) and a set payout upon retirement. As described by Dr. Hamza Sula Wuro Bokki (HBS AMP 192), CEO of the NPFP, “when you worked for government in the previous scheme you would have no idea of what your pension would be; only when you retired would your benefits be calculated, because the benefits were defined and not the contribution.”26 Unfortunately, due to widespread corruption and mismanagement the system was severely underfunded resulting in millions of Nigerian civil servants left without pensions and destitute in their old age. The situation reached crisis proportions with large scale protests almost bringing the country to a halt. In response, beginning with the Pension Reform Act of 2004 and its further refinement in 2014 a contributory pension scheme was put in place for all public-sector employees and private sector employees in organizations with a certain number of employees.

The Pension Reform Act of 2014 put in place mechanisms to guard against the corruption, mis-appropriation and mis-management that doomed the previous system. These included criminalization and steep penalties (imprisonment of up to ten years and large fines) for committing offenses under the Act. A Pension Protection Fund was also established into which separate contributions were made by government, PFAS and PFCS to cover any shortfalls and to guarantee minimum pension benefits. Reforms also provided greater transparency as quarterly reports to employees of investment performance and account balances were a mandatory aspect of the new system. Also, there was a built-in separation of powers between the PFC that held the funds and the PFAS that made the investment decisions.

Reforms fostered confidence and encouraged greater participation in the new pension fund schemes. As a result, Nigeria’s pension assets grew significantly and in June 2017, were reported by the Pencom as having grown to a record 7.4 trillion Naira (approximately US$21 billion). With the Nigerian work force and system compliance expected to increase significantly, pension assets were expected to increase commensurately. According to Dr. Hamza “…the net asset value of Nigerian pension funds, which in 2017 was approximately 7% of the country’s GDP, has the potential to grow to as much as 20-25% in the next ten years.”

Prior to pension reform, police pension funds had been particularly badly managed and were viewed as a prime example of corruption and mismanagement in the government pension system. According to Dr. Hamza, police pension funds “…have gone through hell in terms of negative publicity. People would say that, police will just steal the money, that they don’t trust the police. But when you spoke to the police themselves, they would tell you, they were the victims, that the fund was for police, but they were not the managers. Civilians were the managers and they mismanaged it.”29

With reform, the police (like all government employees) were given the option of joining any of twenty authorized PFAS. However, due to challenges specific to police employees who were frequently transferred and therefore unable to receive regular reports of their retirement account performance as required by the Pension Reform Act, the police were authorized to establish their own pension fund. The NPFP was established in 2014 specifically for the 330,000 members of the Nigeria Police Force.

Under the leadership of Dr. Hamza, its founding CEO, NPFP grew to become one of the largest PFAS with strong returns over a variety of asset classes. Dr. Hamza described this as having been achieved in a professional, independent and transparent way without interference from police management, noting:

After being in operation for only three years NPFP is the fourth largest PFA by RSA funds and we were able to make a profit in the first year of operations. We paid a dividend in the second year of operations, last year and are currently building a 5.5 billion Naira head office from our operations, just for the headquarters. In building this portfolio, truly, to be honest with you, I can say there was no interference from the police and we did not allow them. They sit on the Board: a retired Inspector General as Chairman, a Deputy Inspector General as Vice Chairman and three other police officers sit on the Board, but they are all restricted to the Board with clearly defined roles which involve noninterference in investment decisions. So, I don’t have the police Inspector General sending for me, and saying, ‘Come and talk to me’. I talk to my Board and my Board goes and talks to the Inspector General. We’ve had a relatively free hand to manage and we don’t allow any interference in investment decisions. We are responsible and take that responsibility very, very seriously because if anything happens we are liable. So that has been the relationship. But I’m happy with what we have done so far.”30

Yes, travelling by road to Abuja is pretty nice but right outside of town and further north to Kaduna, the road is full of pot holes and accidents happen because of these pot holes. The police that contribute to NPFP work on these roads every day. If I should invest in repairing that road, I would think that I’m not only making Naira income, but I’m also making life safer and better for police employees and improving things for the country generally.32

Infracredit was a newly formed specialized financial guarantor established to support long term infrastructure financing in Nigeria. Start-up capital was provided by a number of sources. Primary among these were the NSIA and Guarantco. NSIA provided the initial capital required for the company to commence full operations and draw other potential investors. The Private Infrastructure Development Group (PIDG) also supported the establishment of Infracredit through its Technical Assistance Fund.

NSIA was the manager of Nigeria’s Sovereign Wealth Fund and had total assets at December 2016 of 421 billion Naira (approximately $US 1.2 billion).33 Established in 2012 as an independent agency by an Act of the National Assembly, NSIA was a key institution facilitating private investment into the Nigerian infrastructure sector.34 According to Uche Orji (HBS MBA ’98), CEO and Managing Director of NSIA, “the establishment of InfraCredit brings to fruition, one of the key pillars of NSIA’S infrastructure investment strategy, which seeks to facilitate the creation of and investments in institutions that contribute to infrastructure development in Nigeria. It is expected that Infracredit will enhance Nigeria’s capacity to attract and unlock latent pools of capital from pensions and insurance for infrastructure investment in key sectors of the Nigerian economy.”35

Guarantco claimed to be the only “local currency” guarantee facility in the world targeting infrastructure in frontier markets. Guarantco was highly rated including AA- by Fitch and A1 by Moody’s.36 Guarantco was sponsored by the governments of Australia, the United Kingdom, Sweden, Switzerland and The Netherlands through PIDG and FMO.37 PIDG was an NGO established in 2002 as a donor-financed group to help overcome the obstacles to private sector involvement in infrastructure development in developing countries.38 FMO was the Dutch development bank, founded in 1970 as a public-private partnership with 51% of shares held by the Dutch state (The Netherlands) and 49% held by commercial banks, trade unions, and other members of the private sector.39

Other potential investors in Infracredit equity or quasi-equity included International Development Finance Institutions (IDFIS) such as AFC, Proparco (a development institution largely backed by France) and the German Development Bank (KFW). These potential IDFI investors were expected to crowd in private institutional investors.

Infracredit adopted a two-tiered capital raising approach. The core capital was paid in and was part of the balance sheet. The initial funding for core capital was expected to be up to 18 billion Naira (about US$ 50 million). Of this, NSIA had funded the initial contribution of about 9 billion Naira (about US$25 million).40 This pool of liquid capital was available for operating expenses, and of course if needed to pay any claims made on Infracredit obligations and was a “first loss” protection to the beneficiaries of credit guarantees.

The second tier was contingent capital. This was an unfunded “second loss” component of the capital structure, acting as a liquid credit backstop to the core capital. At the start of the facility these were 15 year unconditional and irrevocable obligations of the contingent capital providers. The funds were callable following an intricate contractual process. The intent was that these callable funds would be a revolving line available as needed with a cumulative outstanding limit at the start of operations of US$ 50 million in Naira equivalent (about 18 billion Naira in late 2017). Guarantco was the lead obligor with an initial obligation of up to US$50 million (in Naira equivalent). The other potential participants in this tier were expected to be IDFIS including the African Development Bank (AFDB), the International Finance Corporation of the World Bank Group (IFC), the French Development Agency (AFD), and KFW.

At inception, Infracredit had no debt as part of its capital structure.

On the asset side, Infracredit invested the paid in capital in secure liquid securities like treasuries and AAA rated bonds.41 Infracredit did not plan to invest directly in infrastructure projects, so it was not expected that assets would include a significant amount of loans to or equity in projects or funds.

Medical laboratory scientists whose function is quality diagnosis before any treatment could be effective, play critical role in healthcare delivery. They are described as bedrock of the medical practice as all others including the Doctors, Nurses and Pharmacists rely on their diagnosis to provide quality healthcare and treatment.

But the medical laboratory scientists are hardly seen or recognized. It was therefore an attempt recognize these unsung heroes in the medical practice that inspired ISN Products Nigeria Limited, Nigeria’s foremost supplier of Medical Diagnostic Products and Services, to institute ISN Medical Laboratory Scientist of the Year Award; aimed at recognising and rewarding the unsung heroes.

Flagging off the maiden edition of the award in Lagos the Executive Director, ISN

Products Nigeria Limited, Felix Ofungwu, disclosed that the award was instituted as part of the company’s contribution towards encouraging and promoting excellence amongst Medical Laboratory Scientists in Nigeria.

Ofungwu described Medical Laboratory Scientists as the Unsung Heroes of the Medical practice who play a very key role in health service delivery and are well-deserving of honour and recognition like their other counterparts in the medical sector.

Letters to the business adviser