COVID-19: The price war and the Nigerian oil, gas industry – Issues for consideration

by Michelle Okwusogu and Rilwan Ajibola On Jun 10, 2020 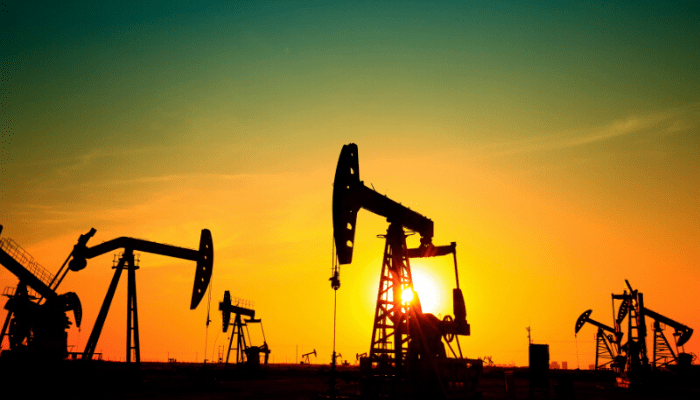 As at Monday, May 11, 2020, there were about 4.1 million cases of COVID-19 in about 187 countries/regions worldwide with staggering casualty figures, according to the John Hopkins University Coronavirus Resource Centre.

Dark clouds of impending economic downturns seem to be gathering over even the most advanced economies, as a result of extended lockdown periods and business closures. The impact of the pandemic has been felt across every sector of the Nigerian economy, as with other countries of the world. The oil and gas industry has not been left out; rather, the industry has been significantly impacted.

This article examines the impact of the COVID-19 pandemic and the resultant happenings in the global oil market on Nigeria’s oil and gas industry. It further discusses possible steps that industry players could explore in order to manage the current challenges while preparing for what lies ahead, post-pandemic.

An offshoot of the COVID-19 outbreak is sharp drop in the global demand for crude oil, which led to the Saudi Arabia – Russia price war. Global oil demand is expected to fall by a record 9.3mb/d year-on-year in 2020 and the reason for this is not far-fetched. Due to the lockdown of major economies such as China, Germany, France and even the world’s largest economy – the US, the world is burning less fuel.

Factories have emptied, flights have been cancelled, freights have slowed down and commuters are off the roads. With falling demand, producers need to cut production to keep prices lucrative. However, the inability of Saudi Arabia and Russia to reach agreements on supply cuts led to a price war in March 2020.

However, the revised budgetary proposal recently sent to the national assembly seeks reduction of the price benchmark to $30, while daily oil production volume was slashed to 1.70 million. There is even a further cut in the benchmark price to $20 per barrel being considered, in the light of persistent downward trends of global prices.

Impact of COVID-19 on Nigerian oil and gas Industry

As of mid-March, analysts say Nigeria may lose $8.63bn in the next six months as recession looms. The Federal Government is already bracing up for the gloomy possibilities by cutting benchmark price and output, revenue projections as well as budgeted expenditure in its revised budgetary proposal. In addition, the minister of finance, budget and national planning, Zainab Ahmed, recently disclosed plans by the Federal Government to obtain external borrowings totalling $6.9bn, comprising $3.4bn from the World Bank, $2.5bn from the International Monetary Fund (IMF) and $1bn from the African Development Bank (AfDB) as part of fiscal policy measures to tackle the impact of the COVID-19 pandemic on the economy.

However, experts say a looming economic recession is not the only challenge to be expected, as some of the other key impacts of the pandemic on the industry are examined below:

Potential closure of oil fields: Due to the sharp drops in global oil prices, it may become prohibitively non-lucrative for owners/operators of Oil Prospecting Licenses (OPL) or Oil Mining Leases (OML) to continue production from some oilfields that have shown indications of not having oil in commercial quantities. In the same vein, profitable oil fields are not immune from the risk of potential closure, due to the current glut in the global markets and the consequent decision of OPEC+ producers to embark on production cuts as earlier highlighted.

Financial crises: As a highly capital-intensive industry, many operations and projects in the oil and gas industry are debt-financed with capital raised locally and offshore. The COVID-19 pandemic and consequent fall in global prices are unprecedented events that would have adversely affected revenue projections of industry players. Thus, the ability of the operating companies to meet their obligations and liquidate their indebtedness would have significantly reduced while exposure of guarantors to claims would have heightened.

Default/breach of terms of contracts: Standard contract terms between parties to Production Sharing Contracts (PSCs), Joint Operating Agreements (JOAs), oil servicing agreements and sub-contractor agreements are agreed based on prevailing levels of oil production and the price per barrel in the international oil market.

However, it is highly unlikely that an event such as the COVID-19 pandemic and the drastic fall in oil prices would have been envisaged. Therefore, projected Returns on Investment (ROI) of the parties to these contracts would have plummeted. The ripple effect may cause contracts to be suspended or, at best, renegotiated depending on the terms agreed upon, as well as lead to several legal disputes between such parties.

Conflict between FPSO/support vessels owners and charterers: An FPSO unit (floating production storage and offloading) is a floating production system that receives fluids (crude oil, water and a host of other substances) from a subsea reservoir through risers, which then separate fluids into crude oil, natural gas, water and impurities within the topside production facilities onboard. Charterers of FPSOs/Support Vessels enter into agreements with the owners based on agreed hire rates, which are hinged on oil prices globally at the time of charter. The oil price slump could affect the ability of the charterers to pay these vessel owners, thereby leading to a series of legal disputes.

Labour issues: Expectedly, during crises such as the current COVID-19 pandemic, where revenues seem to be falling with much uncertainty, players in the industry will attempt to reduce overheads. Part of these overheads include staff cost. Companies may resort to downsizing and layoff of staff. This will likely result in disputes between employers and employees. Consequently, labour and employment claims arising from downsizing in the oil and gas, and allied sectors are projected to increase if the price of oil remains at its present level.

Deregulation of petroleum pump price: The group managing director of the NNPC, Mele Kyari, recently announced that fuel subsidy had been completely abolished. He further confirmed that there would be no future resort to either fuel subsidy or under-recovery of any nature and that the NNPC would play in the petroleum market like other marketers.

Clearly, the alleged subsidy removal is not unconnected with the COVID-19 pandemic. Hopefully, the deregulated market will perform more efficiently, and the funds hitherto expended on subsidy will be freed up for infrastructural development soon. Notwithstanding, there has been nothing to suggest that the prices of petrol are now determined by the forces of demand and supply.

The 2020 licensing round: The GMD of NNPC announced earlier in the year that Nigeria was on track to launch a new oil licensing round in the first half of 2020 for both offshore and onshore blocks. However, no specific dates have been announced. Due to the effect of the pandemic on the global oil market, it is unlikely that the 2020 licensing rounds will happen any time soon, especially in the face of low prices. Potential bidders may, therefore, expect significant delays in the rounds.

Divestment of government interests in Joint Ventures: Under the Economic Growth and Recovery Plan for 2017 – 2020, one of the strategies for increasing the Federal Government revenue was selling off stakes in joint ventures (JVs) . This was also a key highlight of the 2019 Appropriation Bill with proposed reductions of government stakes in JVs to about 40%.

However, with the drastic reduction in current revenue projections, a raging pandemic and looming economic recession, the time might just be right for government to give up some of its stakes in the JVs in order to stay afloat; notwithstanding other contingent plans, such as external borrowings.

Possible measures to weather the storm

Although Moscow and Riyadh have been able to reach a truce and agree on oil production cuts which OPEC+ members will be looking to adhere to, there seems to be lesser traction gained on the demand side of the global oil market. Some good news is that major economies of the world including China, Spain, Germany and some parts of the US are beginning to ease lockdown measures and reopen their economies.

Some of the measures that may be useful for players to consider are explained below.

Debt restructuring: Revenue declines caused by the fall in global oil prices could have devastating implications for players in all subsectors of the oil and gas industry. This may range from pay cut for senior executives to lay-off of staff and possibly corporate insolvency. Thus, through debt restructuring agreements with creditors, oil companies will avail themselves the time and breathing space needed to source for funds from other finance pools of investment.

Contract/price renegotiation: While certain contracts may need to be terminated, others may be renegotiated to reflect the current economic realities of the oil and gas industry. There may likely be possibilities of legal prerogatives between and against parties to contracts. Nonetheless, in achieving renegotiations, it is essential that all parties are appropriately carried along and that their interests are protected to the furthest extent possible, to prevent avoidable conflicts.

Force Majeure: This is a common concept in contracts. The Black’s law dictionary (9th Edition) defines force majeure as an event or effect that can be neither anticipated nor controlled, including both acts of nature (e.g. floods and hurricanes) and acts of people (e.g. riots, strikes, and wars). It further defines a force-majeure clause as a contractual provision allocating the risk of loss if performance becomes impossible or impracticable, especially as a result of an event or effect that the parties could not have anticipated or controlled. The effect that such clause will have on contracting parties will depend on the specific wordings of the clause and the contract as a whole.

In any case, the specific wording of force-majeure clauses could be explored where applicable as a basis for seeking relief from or suspension of contractual obligations, renegotiation of contract terms or other forms of redress as provided in the contract.

Mediation or litigation: In some instances, parties to a contract may make several efforts at reaching agreements with respect to the discharge of their contractual obligations to no avail. Where this is the case, such parties may resort to dispute resolution mechanisms or other forms of adjudication provided in their contract. The parties may also resort to taking legal actions as a dispute resolution procedure to address disagreements, should the need arise.

With dark clouds of an imminent economic recession gathering and not many visible silver linings, the Nigerian economy seems to be facing dire times. Worse still, there seems to be no end in sight to the COVID-19 pandemic, with rising cases globally and no proven vaccine yet.

Nonetheless, it is commendable that the Federal Government of Nigeria, the CBN and the tax authorities continue to roll out fiscal stimulus packages as palliatives to reduce the burden on companies including the operators in the oil and gas industry. It is hoped that these packages would continue to be effectively rolled out through the pandemic period and would yield positive results.

Michelle Okwusogu and Rilwan Ajibola work with KPMG in Lagos

The strength of China-africa solidarity in defeating COVID-19