Even More than Ice Cream, Ben & Jerry’s is about Shared Humanity 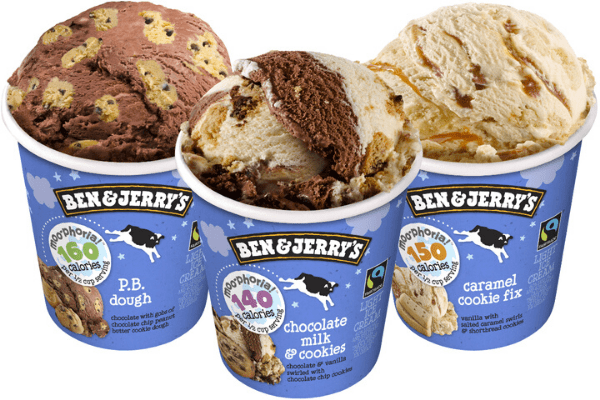 Jerry Greenfield and Ben Cohen were two fat boys who, as kids, loved food. As 26year olds down on their luck and experimenting on ways to move their lives forward, they experimented with selling different kinds of foods, but eventually, they settled on ice cream and did a crash course correspondence programme on how to produce it. It wasn’t smooth sailing in the beginning, but eventually, they got traction and just blew through the roof with record sales, enjoyed cult-like customer loyalty but attained rock-star status for their community involvement projects.

Over the years, Ben & Jerry’s has stayed grounded with whatever they believe is of concern to the mass of thinking and reflective humanity. Even when the company got bought over by Unilever in 2000 and everyone assumed that they had sold their cheap souls for filthy lucre, the company has somehow managed to stay engaged with the issues that bother them, their customers, suppliers, employees, franchisees and neighbours. As well, it hasn’t lost its sense of fun, what with flavours like Karamel Sutra, Chubby Hubby, Imagine Whirled Peace, Coffee Coffee BuzzBuzzBuzz, Dublin Mudslide, etc.

Ben & Jerry’s started fighting from very early when in 1984, a mere six years after its founding, the food behemoth, Pillsbury, parent company of Haagen-Dazs, tried to muscle it out of distributors’ refrigerator shelves. The young company counter-punched brilliantly via litigation and a well-executed marketing campaign that saw Pillsbury retreating. That was a fight for its own survival. But it has since then taken on all kinds of other fights, not all of them universally supported.

One thing you can say for Ben & Jerry’s, now sold in 35 countries, is that it walks its talk. If it believes in something it will fight for it. It will do everything in its power to actualise it. Sometimes it fights alone but more and more it goes the route of cobbling a coalition to ensure the fight is won. The fight is not about Ben & Jerry’s taking the glory, it’s about winning the fight and having humanity share the spoils. At least that is the understanding.

It’s front row position in support of same-sex marriage has brought it at odds with conservatives not just in America but also in places like Australia, Ireland, France, and we believe in other countries, especially those in which they do business.

Of interest to wannabe, Ben & Jerry’s is that Ben & Jerry’s has never been just about activism for the sake of activism. It is a fully 3-Missions company.

According to current CEO, Jostein Solheim, in an interview with Katherine Klein of the Wharton Social Impact Initiative, “….When companies come to the world of corporate social responsibility, they ask themselves, ‘What do people really care about? And how can we be a part of that?’ At Ben & Jerry’s, we come at it the other way. We actually ask ourselves, ‘What do we truly believe in — us?’ And then we execute well, because we truly believe in it, and hence, convince others to join us. So that’s what we mean by that: It starts with our values, and then we apply and join in movements with other partners to make change”.

The company has a well-burnished counter-culture reputation that has made it a favourite with progressives, Baby Boomers and now Millennials. There’s always something fresh to talk about Ben & Jerry’s. The brand is not so young anymore, its founders are past middle age, its current owners are establishment dyed in the wool capitalists, so to speak. However, it has retained its freshness, its disdain for the conventional and its all-out combativeness against whatever stands in its way of what it considers progress.

Clearly, not many companies can pull a Ben & Jerry’s successfully. However, it’s important that corporates realize the powers they have and to be willing to deploy that power to achieve the greatest benefit for the common good.

How asset management firms can venture into the impact investing landscape