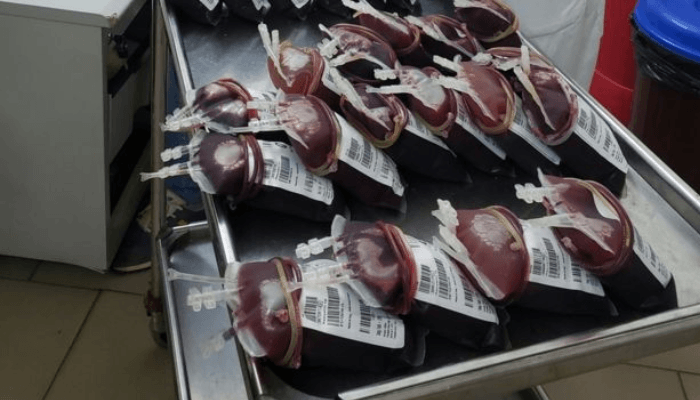 The National Blood Service Commission (NBSC), on Thursday, said that Nigeria can elevate the level of eligible adult blood donor population to be on par with other countries that have higher percentages by sufficiently funding the blood banks, raising public enlightenment and strengthening the commission’s workforce.

Kenneth Halim, zonal director, National Blood Service Commission, South-South zonal center, said the country’s voluntary eligible donors, who are between the ages of 18 and 65, stand at 4 percent compared to America, which is more than 20 percent, and South Africa, which has about 11 percent.

Halim, in an exclusive interview with BusinessDay in Benin City, said Nigeria needs an average of 2 million pints of blood annually for a targeted 200 million population in line with the World Health Organization’s (WHO) estimates that blood donation by 1 percent of the population is the minimum transfusion needed.

“But, what we get across the country is between 25,000 and 50,000 for voluntary donors annually. We should be targeting a minimum of 30,000 every year for an estimated population of 3 million in Edo State. Although it fluctuates, we collect between 100 and 120 units on a monthly basis.

“For now, we cover Edo and Delta States because of funding constraints. We have been constrained by funding and staff deficit. We have got legislative backing to be a commission, so all we need now is better funding. Funding is the motivation. Even those you are going to meet or convince will be given incentives and if the refreshments are not tangible enough, they will not be willing to donate blood,” Halim said.

The zonal director recommended that “Basically, we need more of enlightenment at all levels. In Nigeria, people are scared at the sight of blood. So, we need to dispel that fear of blood, fear of loss of libido and inability to reproduce. They need to be educated through advocacy campaigns.

“The United States of America has gone far in terms of education and they are more developed. Our illiteracy rate is higher, we need to bring the rate of illiteracy and poverty down. So, if we don’t tackle poverty and illiteracy, we will not get to where America is at the moment.

“The key to improved blood donation is to tackle illiteracy and poverty. Most people want to be paid before they donate. The man who is well fed and he is from a higher socioeconomic group will willingly donate without being incentivized because he isn’t thinking of receiving gifts in return for donating blood,” he added.

On the health importance of donating blood, Halim, a consultant hematologist at the University of Benin Teaching Hospital (UBTH), said it is associated with numerous benefits which include but not limited to reduced risk of liver or blood disease.

“For every pint of blood donated, 250ml of iron is removed; an element that, if it is excess, can be toxic to the liver and heart.”

He added that those with the highest need of blood are persons suffering from cancer, hematological carcinoma, leukemia, sickle cell anemia, anemia in pregnancy, orthopaedic and bone fracture victims.