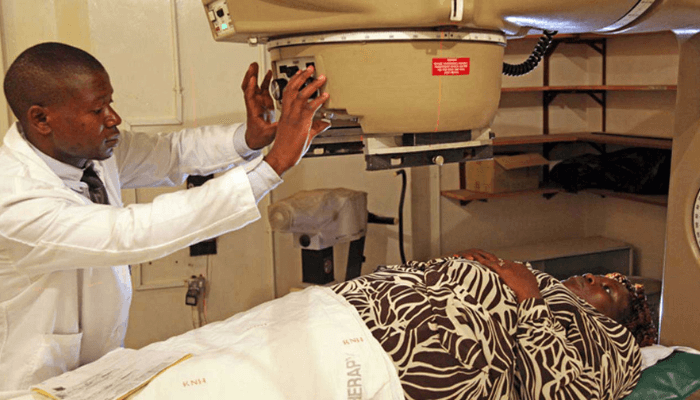 Nigeria could remain a country trapped in a web of inequitable access to cancer care in the next five years if the majority of diagnosis, awareness campaigns and treatment facilities stay concentrated in urbanised states, specialists say.

Despite a substantial rise in public knowledge of how the disease manifests, including the benefits of early detection, Nigeria as a whole is still far from achieving a level of access that can impact development statistics, they say.

It is still a hassle for vulnerable people outside the major cities of Lagos and Abuja to access specialist centres that are advanced in equipment and skilled workers when required, Oge Ulegbune, a UK-trained family physician heading the Foundation for Cancer Care (FCC) for the Lakeshore Cancer Centre (LCC) said.

Due to the lack of a cancer registry both for patients and capable facilities, some doctors lack knowledge on where to refer patients and even when they do, it is often several miles across state borders, she explained.

“I don’t think the growth in care in the next five years will be a big leap. We still need other entities to engage in this journey. We need the government. There are parts of the country that have not even been penetrated,” Ulegbune said, speaking during an event to honour survivors in Victoria Island, Lagos.

“When they (doctors) identify a patient with cancer, they cannot handle them in some towns. They have to send them to a far distance. The conversation is going on here in Lagos but it has not penetrated to other places.”

According to the African Cancer Organisation, 80 percent of patients tend to present during the advanced stages of the disease due to limited comprehensive cancer care. And since there are mostly late presentations, they need radiotherapy treatment that is scarce.

Read also: EverCare seeks use of vaccine against cervical cancer

Of 54 countries in Africa, only three meet the International Atomic Energy Agency recommendation of one radiotherapy machine per 250 people: South Africa, Egypt and Morocco.

Nigeria, the organisation says, requires 200 radiotherapy machines but has less than 10. There are projections that cancer deaths will increase by about 70 percent by 2030 in developing and low-income countries, due to delays in accurate diagnosis.

Although increasing awareness sheds more light on the scope of prevalence, experts are urging the federal government to revisit recommendations from the National Cancer Control Plan on diagnosis, screening and treatment.

They want the government to take on more responsibility in funding equitable access to treatment and reducing the financial toxicity that results from high out-of-pocket health expenditure.

“I don’t think we have given enough attention to our survivors. We don’t have a lot of financial support for people going through cancer. They have gone through a lot emotionally physically and financially. It drains. People sell their properties just to go through the treatment. It is important to celebrate the survivors,” Cynthia Ikejiani, head oncology nurse at LCC and coordinator of DueDrops, a cancer support group under FCC.

She described cancer as a fight that lasts about 10 years before the survivors can be deemed cancer-free. This struggle is what has informed FCC’s yearly programme to celebrate those who get to the finishing point while encouraging those in the middle of the challenge.

The foundation funds cancer treatment for indigents coordinates drug support for patients and drives screening for breast and cervical cancer both independently and in partnership with different organisations.

Survivors who participated in the programme were engaged and excited about conversations on food health and lifestyle sustenance led by Babatunde Soteye, a clinical nutritionist and dietician at Carib Health. They also had a painting session that produced artistic images promoting strength for cancer patients.