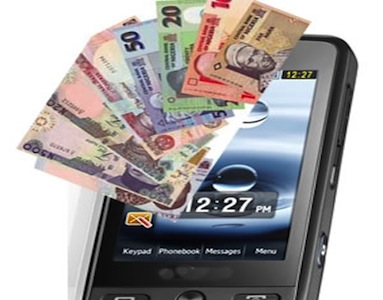 The burden of delivering financial inclusion to the last mile has become one that needs the strategic participation of all industry stakeholders in the ecosystem, so as to deliver value propositions that will deepen financial services culture for the benefit of the citizenry.

These were the views of participants at the 2019 Mobile Money Conference, organised by the Association of Licensed Mobile Payment Operators (ALMPO) in Lagos recently.

Speaking on the theme; “Beyond Payments,” Chinedu Onuoha, chairman, Association of Licensed Mobile Payment Operators (ALMPO), noted that the aims of financial inclusion should not be limited to making and receiving payments.

He stated that financial services should be made to cover areas that are germane to the needs of the average citizen, if the sector is to achieve the objectives of financial inclusion.

“The theme of this year’s conference aptly captures the general direction of the industry. We are of the opinion, and rightfully so, that for the objectives of financial inclusion to be realized, we must go beyond payments, as we try to attract more people into formal financial services.

“We are aware that the financial needs of the average citizen are much more than pay and receive. People want to save and earn interest. They want to participate in pensions; they need some form of insurance, and many more. We also know that for all of this to be realized, there must be adequate security and trust in the system,” Onuoha said.

As a way forward, the chairman of ALMPO said that collaboration of security agencies and other government departments would create the right synergy that would secure the payment system and provide adequate protection to operators as they go about their business.

Aishah Ahmad, deputy governor, financial systems stability, Central Bank of Nigeria (CBN), said that Mobile Money (MM) was vital to CBN as a regulator and as such, the bank was open to suggestions on the way forward, without holding on to rigid regulations.

Ahmad who was represented by Aisha Isa-Olatinwo, assistant director, payments system management department, CBN, noted that since estimated reports show that Nigeria has over 100 million unique mobile numbers, if mobile money operations work properly, there will be over 100 million subscribers.

Using Kenya as an example of mobile money success, Uzo Eziukwu, group CEO, BlueTag Group, in a keynote address said that mobile money was fast becoming Africa’s legacy to the world, as MPESA in Kenya is doing about 1.7 billion transactions per year and making up to 50 percent of Kenya’s GDP.

He revealed that there are over 120 Mobile Money Operators (MMOs) in Sub-Saharan Africa (SSA), and they came into Nigeria in 2010 with a focus to drive financial inclusion and as an adjunct to mainstream banking.

Delivering a paper titled ‘Harnessing new opportunity areas for mobile money adoption in Nigeria’, said that only 4 percent increase in digital payments was recorded since 2016.

She further revealed that out of the estimated 99.8 million adults in Nigeria, only 3.3 million are mobile money users, and of the 36.8 percent excluded, most are women.

She declared that engaging the bottom of the pyramid does more than gaining financial inclusion, as it also enhances the social and economic development of the society.

Total vows to reduce prevalence of critical diseases in country