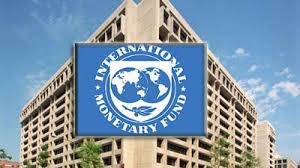 “We generally think that central banks should remain engaged in examining the full range of issues associated with CBDC, including the potential to offer synthetic CBDC, and deepen their familiarity with new technologies,” the Fund said.

The Central Bank of Nigeria (CBN) had in February 2018 cautioned Nigerians to be wary of investments in cryptocurrency, stressing that virtual currencies were not legal tender in Nigeria.

Responding to the questions on the IMF’s role around CBDCs now and in the future, the report said the IMF can help in three ways: by informing the policy debate, by convening relevant parties to discuss policy options, and by helping countries develop policies. Because CBDC is a novel topic, the IMF has mostly been active in the first two areas, but it is gradually moving into the third area as member countries consider CBDC options and seek advice.

Despite these potential benefits, various challenges could emerge, but some of these can be attenuated by the appropriate design of CBDC, the report said.

By Tobias Adrian and Tommaso Mancini-Griffoli

Below are some of the most pressing questions and answers on the topic.

What is the IMF’s role around CBDCs now and in the future?

The IMF can help in three ways: by informing the policy debate, by convening relevant parties to discuss policy options, and by helping countries develop policies. Because CBDC is a novel topic, the IMF has mostly been active in the first two areas, but it is gradually moving into the third area as member countries consider CBDC options and seek advice.

First, the IMF can help inform the policy debate. The IMF is currently investigating implications of CBDC available across borders. Other institutions, such as the Bank for International Settlements and the Committee on Payments and Market Infrastructure, among others, have also contributed to the topic. The IMF is well-placed to study CBDC, because it can draw on its in-house experts. Moreover, a potential world with multiple CBDCs could raise important questions about cross-border payments and the international monetary system, which are at the core of the IMF’s mandate.

Each country will have to weigh the pros and cons of the case for CBDC depending on its particular circumstances.

Second, the IMF is well-positioned to help foster cooperation across countries and relevant parties. The IMF can draw on its universal membership to share information about rapidly evolving developments across advanced and emerging market economies. Moreover, because the IMF is a public international institution, it can bring together central bankers and regulators, as well as investors, entrepreneurs, and academics from around the world for an open dialogue. It has done so repeatedly at its bi-yearly meetings, in its yearly “fintech roundtable,” and in its ad-hoc research events.

Third, the IMF can help countries evaluate policies regarding CBDC as well as investigate alternative means to improve payment systems. The IMF can do so through its surveillance work, its Financial Sector Assessment Programs, and its technical assistance, which it has a long tradition of providing. IMF teams have already worked with countries to modernize payment systems, advise on legislation related to digital payments, and review plans to issue CBDC. The IMF can help countries think through the implications of CBDC and its attendant potential benefits and risks, including through regional workshops leveraging knowledge in central banks at the frontier of CBDC development, and bilateral technical assistance missions.

How does the IMF view global development and implementation of CBDC?

Countries differ substantially in the extent to which they are actively exploring digital currencies and in their proximity to issuing such currencies.

Some countries are actively running pilot projects to explore the feasibility of CBDC. To do so, they have increased resources allocated to CBDC and fintech research at the central bank, sometimes in partnership with private sector advisors. Several countries are also reviewing and revising legislation to support CBDC in case it were issued, and are actively studying the potential implications of competing CBDC designs. Some authorities are also engaging with the public and their legislatures to discuss the potential to issue CBDC.

Some other countries have also scaled up resources dedicated to CBDC and payment systems, although they mostly focus on undertaking analysis and more limited hands-on testing of technology. Although CBDC remains an option for these countries, they are also actively exploring alternative solutions.

A third set of countries do not see an immediate need to issue CBDC, and focus instead on improving existing payment arrangements and strengthening regulation.

Recently, we have seen an increase in central banks’ interest in CBDC following the announcement by Facebook of its Libra initiative as well as reports of a possible launch of CBDC by the People’s Bank of China.

What are the potential benefits and challenges related to CBDC implementation?

Central banks highlight a number of potential benefits of CBDC. These include:

Cost of cash: In some countries, the cost of managing cash is very high due to an especially vast territory, or particularly remote areas including small islands. CBDC could lower costs associated with providing a national means of payment.

Financial inclusion: CBDC may provide a safe and liquid government-backed means of payment to the public that does not require individuals to even hold a bank account. Some central banks view this as essential in a digital world in which cash use is progressively diminishing, especially in countries where banking sector penetration is low.

Market contestability and discipline: Relatedly, some central banks view CBDC as potentially offering competition for large firms involved in payments, and thus as a means to cap the rents they can extract.

Support Distributed Ledger Technology (DLT): Some central banks see the virtue of DLT-based CBDC to pay for DLT-based assets. If these assets proliferate, DLT-based currency would facilitate automatic payments when assets are delivered (so-called “payment-versus-delivery,” or “payment-versus-payment,” which could be automated using smart contracts). Some central banks are considering the option of providing CBDC only to institutional market participants in order to develop DLT-based asset markets.

Monetary policy: Some academic scholars view CBDC as a means to enhance the transmission of monetary policy. They argue that an interest-bearing CBDC would increase the economy’s response to changes in the policy rate. They also suggest that CBDC could be used to charge negative interest rates in times of prolonged crisis (thus breaking the “zero lower bound” constraint), to the extent cash were made costly.

Despite these potential benefits, various challenges could emerge. Some of these can be attenuated by the appropriate design of CBDC.

Banking-sector disintermediation: Deposits could be withdrawn from commercial banks, should people decide to hold CBDC in significant volume. Banks would have to raise more expensive and runnable wholesale funding, or raise interest rates on deposits to retain customers. As a result, banks would either experience a compression of margins, or would have to charge higher interest rates on loans. The extent to which CBDC will compete with commercial bank deposits in normal times will depend in part on interest rates paid on CBDC, if at all.

In times of crisis, bank customers could flee from deposits to CBDC, which might be seen as safer and more liquid. However, in many jurisdictions, credible deposit insurance should continue to dissuade runs. In addition, safe and relatively liquid assets already exist in many countries, such as government bond funds, or state banks.

The report said each country will have to weigh the pros and cons of the case for CBDC depending on its particular circumstances.