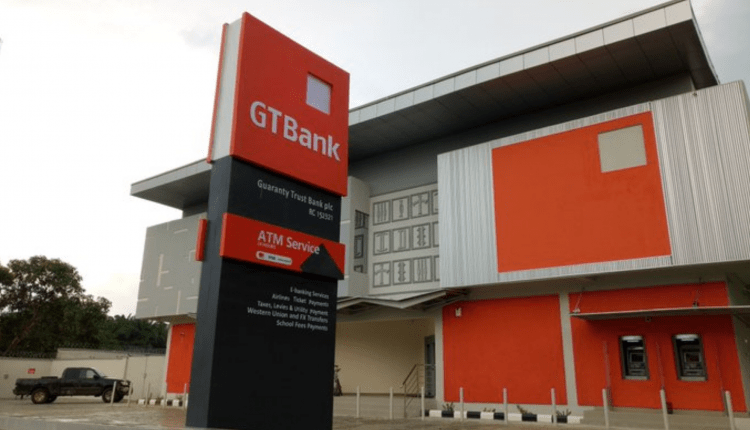 Before WorldPay became a globally renowned payment processing company, it was merely providing end-user payment gateway as a subsidiary of National Westminster Bank in 1995.

It took two acquisitions, one in 2002 by Royal Bank of Scotland Group and the second by Fidelity National Information Services (FIS) in 2019, and a series of expansion projects for WorldPay to emerge among the top three largest payment processing companies in the world.

The firm now has a 42 percent market share in the UK payment transactions and a wide reach into online transactions through its global e-commerce division.

Guarantee Trust Bank (GTBank), Nigeria’s fifth-largest bank by customer deposits, is attempting to replicate the success of WorldPay in Nigeria and Africa. The bank’s playbook will be borne and perfected by HabariPay, a fintech company it is planning to deploy later this year.

Alongside banks like Access Bank and Sterling Bank, GTBank had applied for a holding company (Holdco) structure from the Central Bank of Nigeria. In November 2020, the banks announced they have been granted an approval-in-principle (AIP) by the CBN. All that is left is formal approval.

An AIP usually takes six months. But GTBank is not waiting until the approval arrives in the mail before it sets out. The bank is currently shopping for fintech talents and is quick to inform potential candidates about the mission to make HabariPay a fintech unicorn.

A search on the Google Store would not come up with Habari Pay but just Habari. It is most likely that the bank intends to replace the existing Habari product with the Habari Pay.

Nonetheless, Habari, possibly adapted from the Swahili word that translates to ‘information’, was unveiled by GTBank 0n 23 November 2018, at an elaborate event attended by popular personalities in entertainment.

Habari was created as a platform to offer users direct access to the largest catalogue of local and foreign music online, a seamless shopping experience, and an exciting way to connect with friends, amongst other features.

Habari was, among other things, GTBank’s most ambitious effort at reinventing itself.

Segun Agbaje, CEO of the bank, described the platform as the bank’s way of reimagining the role of banking.

“By reimagining the role of banking and driving innovation in how we serve customers, we have built a platform that is less about us as a bank and more about the customers and everything they need to enable their lifestyle,” Agbaje said at the time.

Habari was the first mobile in Nigeria created by a financial institution that focuses on enabling people’s needs and lifestyles rather than providing a limited bouquet of banking products. But the jury is still out on how much of a success that Habari has been. Nigeria’s e-commerce space continues to be dominated by the likes of Jumia, Konga, Jiji, and new entrants such as Flutterwave, and Paystack.

Some experts have said the reason for Habari performing below expectation may have more to do with a traditional banking culture that does not prioritise the customer. But the bank would likely argue that it was constrained by lack of holding company structure licence to deploy as many resources as it would have desired to compete in the market.

It is also possible the bank may have been distracted by the too many services it needed to keep running. It operates GTPay, a payments gateway similar to Paystack; GTCollections, a payments aggregator; QuickCredit, a digital lending platform; and Habari, an e-commerce super-app.

Habari Pay offers GTBank an opportunity to get back on track to compete in the payment market.

“The era of monopoly trusts mollycoddled by the regulator may be fast approaching its expiration date (Nigeria is broke and there’s only so much paper the regulator can print after all),” Chife said.

He highlighted two lessons from the US regulator the Office of the Comptroller of Currency (OCC), first in 2019 when it opened up the core business of banking – receiving deposits, paying checks, lending money – to fintech. This move meant that any fintech firm was free to venture into any of the banking areas. Secondly, in 2020, the OCC authorised banks to open custodial services for crypto assets.

The CBN is expected to give final approval for the Holdco structure by the second quarter of 2021 enabling GTBank to deploy Habari Pay. GTBank is promising to prioritise agility with Habari Pay: “We fail fast, we invest faster, and we drive value for customers.”

Chife said the deployment of Habari Pay may signal a new era of a recalibration by banks that want to become technology companies.

“A bank that wants to become a financial technology company must completely reinvent itself,” Chife said.

In the past, banks have prided themselves on being among the first financial institutions in Africa to deploy digital banking services to customers. They often point to Kenya where the banks delayed taking the initiative only to see their lunch taken away by a telecom operator in Safaricom.

However, while many of them invested heavily in digital technology, less priority was given to improving customer service. Many banks got overwhelmed deploying too many services than they were able to handle.

However, Habari Pay gives GTBank the opportunity to house all its digital banking services on one platform and deploy commensurate human resources to manage them efficiently. It also allows the bank to truly inculcate the DNA – agility, quick decision-making, innovativeness – of a startup, and truly prioritise the evolving needs of customers.

GTbank would need to stay the course long enough – running a tech startup is a long-term venture that requires patient capital – and be more open to collaboration to replicate the feat of WorldPay in Africa.