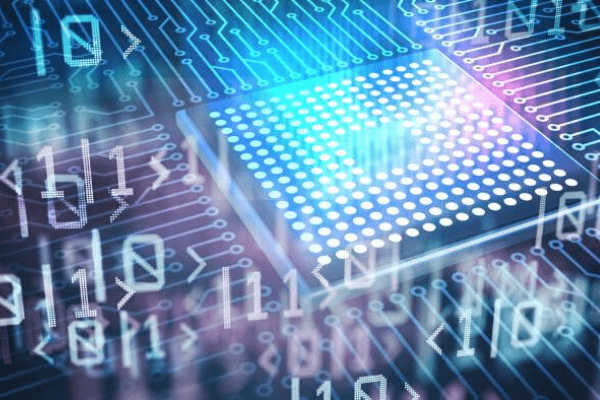 Some of Wall Street’s biggest banks have stepped up their research into quantum computing, signalling growing confidence that recent breakthroughs in the field have laid the foundation for the first practical applications of the revolutionary new computing technology.

Paul Burchard, a senior researcher at Goldman Sachs, said the bank ramped up its five-year-old research effort last year after seeing hardware advances that suggested the technology was on the brink of a rapid acceleration. “We think there’s a possibility this becomes a critical technology,” Mr Burchard said.

Banks such as JPMorgan Chase and Citigroup, which 18 months ago took its first small stake in a quantum computing company, echo that view. The potential for the technology to revolutionise activities like risk management and trading are so great that banks need to start learning how to harness it now, said William Hartnett, a managing director at Citi.

The banks’ research efforts centre on trying to design new types of algorithms capable of being run on quantum machines. The first of these involves a class of optimisation problems that take advantage of the probabilistic nature of quantum computing to analyse a large number of possible outcomes and pick the most desirable, rather than following the precise logic paths of traditional computers.

The work has been focused on so-called Monte Carlo simulations, complex calculations that banks normally carry out daily to assess their overall risk positions. The same techniques are used in options pricing. Together, these calculations account for the bulk of the computing power currently used by JPMorgan Chase, said Ning Shen, managing director of quantum research.
Besides boosting their computing resources, the banks hope quantum machines will greatly reduce the time it takes to analyse complex risk positions, making it possible to adjust on the fly rather than relying on an overnight calculation.

Being able to quote prices on complex financial products to customers in real-time should also make it possible to “open up bigger markets”, said Mr Burchard. “In order to quote a price to a customer, we have to be able to see all the risks around a trade.”

Mr Shen added: “If you can recalibrate your models fast, you can give better execution to clients.” The same technology could also make it possible to optimise the investment portfolios of wealthy clients on a case-by-case basis, he said.

Further in the future, the banks also hope to use quantum computing to speed up the machine learning systems that lie at the heart of their push into artificial intelligence. That could make it possible to spot anomalies in markets more quickly or identify opportunities that were not apparent at all before. However, that research has yet to begin and will require techniques that go well beyond optimisation.

Despite the flurry of interest on Wall Street, meanwhile, many experts warn that the effort is a shot in the dark. John Preskill, a theoretical physicist at the California Institute of Technology, said it was impossible for the banks to know in advance whether the algorithms they were trying to write for the current generation of quantum machines would ever yield useful results. “We don’t have a good answer, we really don’t,” he said.

Seven years ago, Mr Preskill coined the term “quantum supremacy” to refer to the moment when a quantum computer performed a calculation that was beyond even the world’s most powerful “classical” supercomputer — an achievement Google claimed to have reached in 2019.
But he said that scientists still had a “chasm” to cross before they could build full-blown quantum machines, and that it was questionable whether the “intermediate” systems that would be used for the foreseeable future would perform practical calculations. Even if they do, experts such as Mr Shen at JPMorgan say it will take five to 10 years to get results, a timeframe that he admits is “optimistic”.

Despite the challenges, advances in quantum hardware have persuaded the banks the time has come to take the leap. The recent escalation in the scale of quantum circuits echoes the exponential advances seen in the early days of semiconductors, said Mr Burchard, suggesting the technology is at the beginning of a rapid advance.

According to Matt Johnson, chief executive officer of QC Ware, a quantum computing services company, there are 34 known projects underway around the world to build quantum systems, using a number of different core technologies. “We only need one of them to work for this to become useful,” said Mr Burchard.

So far, the research on Wall Street has served to highlight the challenges that lie ahead. Goldman’s research, for instance, has found that Monte Carlo simulations cannot be “parallelised” on a quantum system, said Mr Burchard — meaning the calculation cannot be accelerated by breaking it up into many separate pieces to be run simultaneously.

That has led the bank to study instead how to increase the “depth” of quantum circuits to handle the simulations, a notoriously difficult problem since circuit depth greatly increases the imprecision — or “noise” — that creeps into quantum systems once they are beyond a certain size.