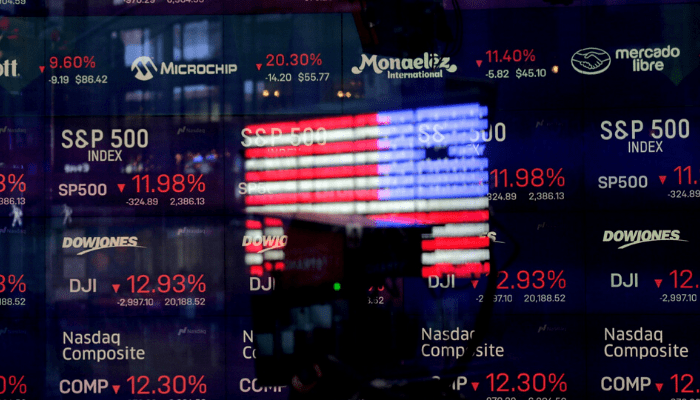 Executives at big US companies bought their own stock in record numbers last month, capitalising on a sharp drop in equity prices and injecting optimism into a market rally that has since gathered momentum.

Insider buying from chief executives, chief financial officers and board directors at big US public companies hit $1.1bn in March, the biggest total since October 2013, according to data provider Smart Insider. The purchases came from 994 executives, a record in data running back to 1990.

Insider buying is closely tracked by investors to gauge the levels of confidence in boardrooms, and helps explain a near 23 per cent gain in US stocks since March 23 that has partially reversed the rapid decline that began in February.

The data capture deals of $10,000 or more in listed groups valued at $1bn and above — roughly the threshold for companies in the S&P 500 grouping of US blue-chips — and does not include stock-based pay.

“It’s a vote of confidence — executives are buying their stock at a time when the rest of the world is panicking,” said JJ Kinahan, chief market strategist for TD Ameritrade. “Most of these people are already compensated in stock, so the fact they are putting more of their net worth in there is a good sign for the company and the market.”

Charlie Scharf, the new chief executive of Wells Fargo, was among the most active of insider buyers. He bought $5m of the bank’s stock last month, which has already given him a paper gain of about $275,000, helped by a big rise in the stock this week after its main US regulator lifted restrictions that were imposed after a series of scandals.

If the recovery continues, the chief executive’s purchase could mirror Jamie Dimon’s 2016 deal to buy $26m of JPMorgan Chase shares, which coincided with a bottom in bank stocks.

Richard Kinder, chairman of energy group Kinder Morgan, was the biggest spender in absolute terms, buying $14m of stock last month. The company’s shares have lost almost 30 per cent this year and touched the lowest level in March since listing in 2011. The company faces the twin challenges of a weaker oil price and big hits to economic activity from coronavirus.

Brett Icahn, son of the billionaire investor Carl Icahn, was the second heaviest spender. He purchased $11m of stock in consumer goods maker Newell Brands, whose shares are down almost 30 per cent this year.

Brett Icahn joined the board at Newell last year after his father’s company, where he also works, took a large equity stake. Carl Icahn, who is not considered an insider, also purchased $35m of Newell stock in March through investment funds he controls, according to filings with the US securities regulator.

Mr Kinder and Brett Icahn have lost money so far on their March purchases based on Wednesday’s stock prices.

Kinder Morgan and Wells Fargo declined to comment. Newell and Icahn Enterprises did not immediately respond to a request for comment.

The insider buying alone does not explain the recent market rally, but “adds to the sense that market participants are feeling that the worst is behind us”, said Alicia Levine, chief market strategist for BNY Mellon Investment Management. “People think they can see the other side of the curve.”

Edo, Ondo, Oyo, 8 others get new  Commissioners of Police