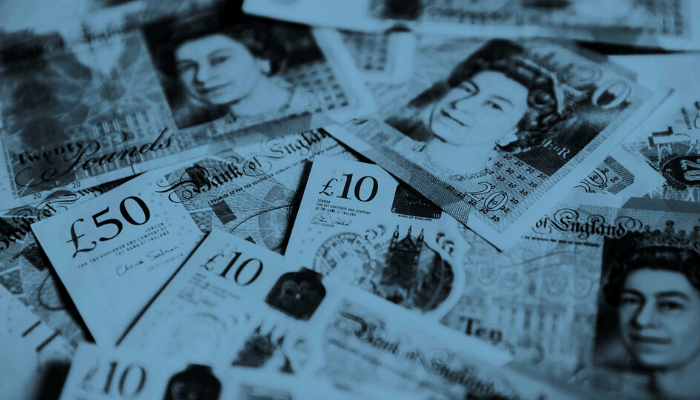 The UK broke new ground for a bond sale on Wednesday, borrowing at negative rates for the first time in a sign that investors expect more economic stimulus from the Bank of England.

The UK sold £3.8bn of three-year gilts at a yield of minus 0.003 per cent, the Debt Management Office said. The slightly negative yield means investors who hold the debt to maturity will get back less than they paid, when accounting for regular interest payments and the return of principal.

The oversubscribed sale reflects rising expectations that the BoE will increase its £200bn bond purchase programme next month to prop up the economy and try to lift wilting inflation back up towards its 2 per cent target. Policymakers are also facing questions over whether they might cut benchmark interest rates to below zero, a step the central bank has rejected.

Oliver Blackbourn, a portfolio manager at Janus Henderson Investors, said the negative yielding debt sale was “more of a symbolic moment” as investors were becoming accustomed to negative yields on government bonds around the world.

He added that markets were still adjusting to a disinflationary shock from the coronavirus crisis. “Demand for nominal bonds, even at these levels, may persist. This issue is not going away,” he said.

The UK sold a one-month bill at a negative yield in 2016, but this represents the first time it has sold a conventional longer term bond at a yield below zero. The UK drew orders of £8.1bn in Wednesday’s auction, 2.15 times the amount the DMO was looking to sell.

The robust demand underscores the appeal of gilts, long considered to be a haven due to the UK’s strong creditworthiness. It also suggests that fears that the large increase in borrowing the UK has undertaken due to the pandemic could deter investors are misplaced.

The BoE chopped interest rates to a record low of 0.1 per cent in response to the economic shock of coronavirus, but it has resisted following peers such as the European Central Bank into the negative rates they introduced long before the crisis struck.

Asked about negative rates at a parliamentary committee on Wednesday, Andrew Bailey, BoE governor, said the central bank did “not rule things out as a matter of principle” but he did not “rule things in either”.

Andrew Wilson, chairman of global fixed income at Goldman Sachs Asset Management, said: “Negative interest rates are a tool that has limited value and the escape from negative rates is extremely challenging, as the ECB is discovering.”

He added: “Our view is that negative rates are not the way out of this.”

The pressure on the BoE is mounting, especially in light of data released on Wednesday showing annual UK consumer price inflation almost halved to 0.8 per cent last month, the lowest level in almost four years. Much of the decline was due to a plunge in the price of petrol, but some economists have warned the shock to demand caused by lockdowns could cause a wider disinflationary trend.

The BoE has a longer term target of keeping inflation within 1 percentage point of 2 per cent.

“I can’t think of an economy where negative rates are a worse idea than the UK,” said Kit Juckes, a strategist at Société Générale.
“The economic benefits are dubious but the power of a cocktail of negative rates and massive quantitative easing to weaken the currency seems clear and if the pound falls enough, it will make QE harder,” he said.