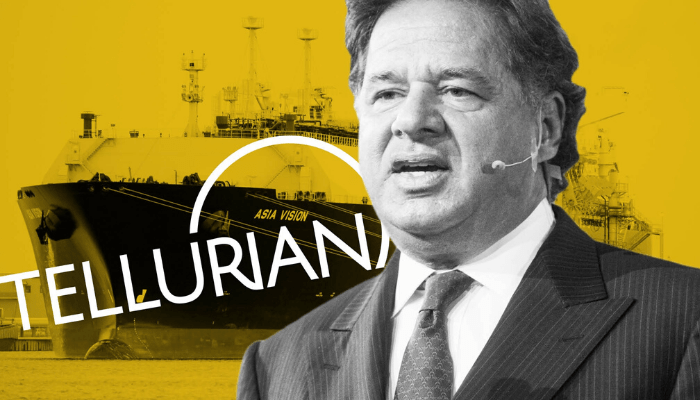 Energy tycoon Charif Souki launched Tellurian four years ago in an effort to repeat his success at Cheniere Energy, the US liquefied natural gas pioneer he founded. But lightning has not struck twice.

Tellurian’s LNG plant remains unbuilt years after construction was due to begin. The company’s market capitalisation has slid below $500m from $4bn since it listed and its fixed assets are worth less than the $220m Mr Souki is now asking for his Aspen ranch.
Forty per cent of staff have been dismissed. At its annual meeting on Wednesday it won approval to double the number of common stock shares to allow future issuance that would dilute existing owners.

The LNG market has been pummelled as the coronavirus pandemic saps demand. Gas prices overseas have fallen below those in the US, undercutting the economics of exports. While many expensive new projects to liquefy and ship the fuel have stalled, none has been headed by as well-known a promoter as Mr Souki.

A restaurateur and investment banker, Mr Souki established Cheniere in 1996 and eventually constructed an LNG import terminal at Sabine Pass, Louisiana. He pivoted to build an export terminal at the site when fracking was transforming the American gas supply, a prescient move that made him a doyen of the industry.

Cheniere fired him in 2015 weeks before its inaugural cargo in a boardroom coup orchestrated by activist investor Carl Icahn. Mr Souki soon returned with Tellurian, introducing a plan to undercut his former business by 15-20 per cent on costs.

His Houston-based company launched with grand ambitions, spending more than $80m a year and hiring away top Cheniere executives as it drummed up business for the Driftwood LNG plant 40 miles east of Sabine Pass, which at a cost of $30bn and a capacity of 27.6m tonnes of LNG a year could have been the largest in the US.

“They went big. They came out of the gate walking and talking and acting like a company the size of Cheniere,” said Michael Webber, managing partner at Webber Research & Advisory.

The plan was to procure low-cost gas supplies and race ahead of a crowded field that Martin Houston, co-founder alongside Mr Souki, derided as “amateur hour.” They found an important early backer in French oil major Total, which agreed last July to further increase its investment and buy 2.5m tonnes of LNG a year from Driftwood.

No other buyers have finalised sales contracts. A tentative deal with Indian gas importer Petronet — signed last year during a visit to Houston by Narendra Modi, the Indian prime minister — expired in May.

Total, now with a 17.2 per cent stake in Tellurian, has raised doubts about the need for Driftwood. The company has the right to back out of its new capital contribution agreement if Tellurian fails to greenlight Driftwood by July 2021, according to a securities filing.
“The priority is not to invest more in merchant projects in the US,” Patrick Pouyanné, Total’s chief executive, told analysts in early May, adding: “I think there is no reason it would be sensible to move forward on this one.”

Mr Souki, Tellurian’s chairman, controlled 22.6 per cent of the company’s outstanding shares in January. The position has been halved by involuntary sales earlier this year “effected by a lender to satisfy certain loan requirements”, according to securities filings. Held in trust for his children, the sold shares had been pledged as collateral “to secure financing for various investments”, the filings showed.

Mr Souki’s stake now amounts to 10.7 per cent of the company, or 28.5m shares. Of those, 25m have also been pledged “as part of a collateral package to secure a loan for certain real estate investments”, Tellurian said in a proxy statement.

John Coffee, a business law professor at Columbia University, said such pledges were rare. “This is an uncommon practice — sufficiently so that there are not generally rules against it,” he said.

Mr Souki sent a confident and occasionally defiant message in an interview with the Financial Times last week. Acknowledging setbacks resulting from the pandemic, the weak global economy and the onrush of competing supplies, he said Driftwood’s progress had been slowed by a year-and-a-half to two years, but not stopped.

“There is no questioning the fundamental business model. America has cheap gas, cheap infrastructure; the rest of the world needs the gas. It’s just a matter of time,” Mr Souki said. To raise capital the company “can sell stock any time we want”.

Wall Street has shown less patience. Tellurian’s shares have rebounded this week amid a broader rally in energy stocks, but at less than $2 a share they remain at a tenth of their peak. World LNG trade will have grown by a fifth between 2019 and 2025, but export capacity is likely to outpace imports, the International Energy Agency said on Wednesday.

Jason Gabelman, energy analyst at Cowen, said of Mr Souki: “The fact that he was able to build one LNG company made some investors more comfortable that he could successfully build a second. Thus far, that thesis really hasn’t proven out to be true.”

The 813-acre Aspen Valley Ranch in Colorado once grew potatoes that fed silver miners, a local broker said. Mr Souki and his children developed eight custom-built homes, a clubhouse, a gym and pool house, a barn with arcade games and another with horse stalls, according to promotional material.

The property was among a number of real estate investments for which his pledged Tellurian shares were used as collateral, Mr Souki said. The decision to sell it, through an Aspen broker he also owns, was “completely unrelated to Tellurian,” he added.

With the spread of coronavirus, Mr Souki has been staying at the ranch since a February trip to India. He said he sought to spend a third of his time on Tellurian, a third on his private businesses and the last third enjoying himself.
“I’m 67,” he said. “I don’t want to wake up one day and find myself past my shelf life.”