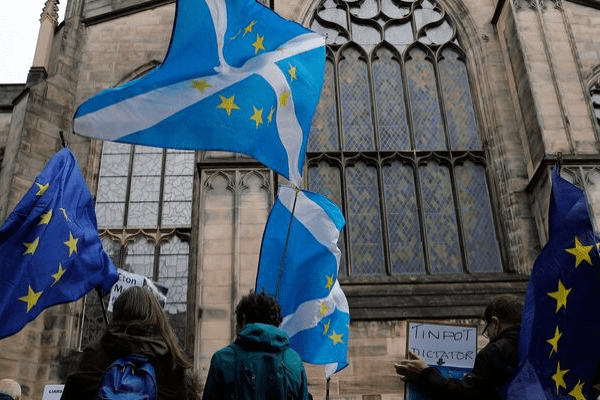 Scotland’s highest court on Wednesday ruled that Boris Johnson’s suspension of parliament was unlawful, but stopped short of ordering the recall of MPS ahead of a UK Supreme Court hearing on the issue next week.

In a ruling that sent shockwaves through political and legal circles, Edinburgh’s Court of Session said Mr Johnson’s decision to prorogue parliament ahead of Brexit was “motivated by the improper purpose of stymying parliament”.

The Scottish ruling contrasted with a decision by London’s High Court last week, which was released in full on Wednesday, that the suspension of parliament was “inherently political” and so could not be reviewed by the courts.

Both Scottish and English rulings and another case brought in Belfast will be considered by the Supreme Court for three days next week.

Anti-brexit campaigners had hoped the Scottish court might order an immediate recall of parliament, but Lord Carloway, its top judge, said it would not make any “ancillary orders” before the Supreme Court hears the case.

Downing Street said the government was “disappointed” by the decision and would appeal. Mr Johnson has insisted that parliament is being suspended as a routine matter ahead of setting out its plans for a new session.

“The UK government needs to bring forward a strong domestic legislative agenda. Proroguing parliament is the legal and necessary way of delivering this,” Downing Street added.

But in a draft ruling on a legal challenge brought by more than 70 parliamentarians, the Scottish judges made clear they believed Mr Johnson’s real intention was to undermine parliamentary scrutiny in the run-up to the UK’S exit from the EU.

Lord Carloway said that the Queen’s decision to order the suspension of parliament, on advice from the prime minister, would not normally be subject to judicial review, but could be unlawful if its purpose was to stymie scrutiny of the executive.

“The circumstances in which the advice was proffered and the content of the documents produced [by the UK government] demonstrated that this was the true reason for the prorogation,” a draft summary of the decision quoted him as saying.

Lord Brodie, another member of the three-judge panel, said the prorogation was “an egregious case of a clear failure to comply with generally accepted standards of behaviour of public authorities”.

The ruling prompted immediate calls for parliament to be recalled ahead of the Supreme Court hearing due to start next Tuesday.

“The highest court in the British Isles that has ruled on this matter says that the prorogation was unlawful, the majority of MPS want to be in the house scrutinising and debating Brexit . . . therefore parliament should return,” said Joanna Cherry, the SNP MP, who headed list of parliamentarians who brought the Scottish case.

Ms Cherry said parliamentary time was being lost and she expected a “sympathetic hearing” from House of Commons speaker John Bercow, whose concerns about the circumstances around prorogation had been “vindicated”.

Jo Maugham, a lawyer who was also one of the petitioners behind the case, described the judgment as a historic triumph that showed the UK was not a “dictatorship” where the prime minister could suspend parliament at will.

“I have never been able to contemplate the possibility that the law of this United Kingdom might be that the prime minister could treat parliament as an inconvenience and I am very very pleased that Scotland’s highest court agrees,” Mr Maugham said.

Keir Starmer, Labour’s Brexit spokesman, said it was obvious that shutting parliament at a crucial time was wrong and that the prime minister was not telling the truth about why he was doing it.

“What we need to do is get back to parliament and see if we can reopen up those doors and get Boris Johnson back in parliament and hold him properly to account,” Sir Keir said.

But in its strongly worded written ruling on a legal challenge to prorogation by anti-brexit campaigner Gina Miller, London’s High Court said the prime minister’s decisions to prorogue parliament and his advice to the Queen were “inherently political in nature and there are no legal standards against which to judge their legitimacy”.

“It is not a matter for the courts,” their ruling adds.

Ms Miller’s case, along with the Scottish case, will be heard by the Supreme Court along with a case on the prorogation before Belfast’s High Court, which claims the government is breaching the Good Friday Agreement.

Scotland has its own separate legal system dating back centuries, which predates the 1707 Treaty of Union that brought Scotland and England together. Northern Ireland has its own devolved legal system, which like England and Wales largely follows common law.