Saudi Aramco battles oil ministry over use of company funds 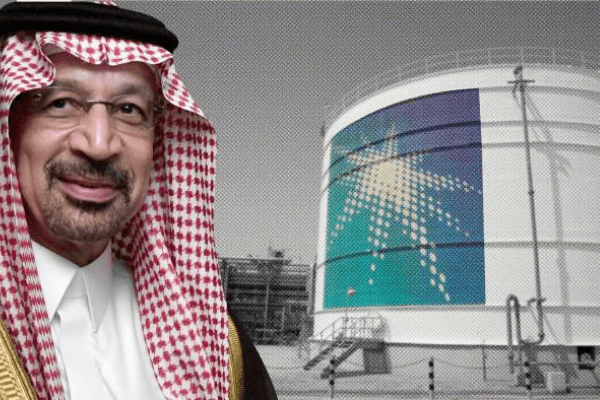 Saudi Aramco is taking steps to clarify its financial links with the kingdom’s energy ministry in a move designed to shield the state oil company from legal risks and head off investor criticism ahead of a potential listing.

One of the thorniest issues involves reining in the company’s tradition of paying for ministerial expenses — including those incurred by current energy minister Khalid Al Falih, who is also Aramco’s chairman, said people with knowledge of the initiative, speaking on the condition of anonymity. The move is part of a broader push to improve governance and draw a line between the finances of the company and the ministry, which could force Mr Falih to step down as chairman, according to four of them.

For years, Aramco — which reported net income of $111bn last year, making it the world’s most profitable oil company — has paid for ministry-related expenses, generously supplementing a finance ministry budget allocation. This includes Mr Falih’s stays in ultra-luxury hotel suites and the use of one of the company’s Gulfstream jets, as well as salaries of some government staff.

“These expenses have been effectively hidden for years by Aramco,” said one of the people. “In the event of an initial public offering, do you want any of this stuff out there? The answer is no.” An existing mechanism in place to reimburse the company “is nowhere near enough,” the person added.

Blurred financial and operational boundaries have long been intrinsic features of Aramco’s relationship with its regulator and owner. The oil company generates the bulk of the state’s revenues and has historically built infrastructure such as schools, hospitals and sports stadiums. Mr Falih was also the former chief executive of Aramco.

The need to separate the company from the ministry has gained greater urgency as plans to list the company have gathered pace, according to eight people close to the company and the kingdom’s ministries of finance and energy.

Some ministers and senior executives also believe the entanglement, which Mr Falih has inherited from his predecessors, could present US legal risks. Republican legislators have introduced bills in Congress that could enable the Trump administration to sue Opec nations for oil price collusion, leaving Aramco exposed because of its US assets.

“If they are financially intertwined, even in a blurred way, that would bolster a legal argument that Aramco is not legally distinguishable from the Saudi state,” said Valerie Marcel, an associate fellow at London-based think-tank Chatham House.

Record demand for Aramco’s $12bn debut international bond in April encouraged officials to revive a process to float the company, after it was postponed last year. Ministers have said a listing is planned in the next two years.

While finance minister Mohammed al-Jadaan and economy and planning minister Mohammed al-Tuwaijri — both board members — want to use the planned flotation to modernise the company’s governance, Mr Falih has privately warned about the risk of listing the company amid signs of a deteriorating global economy, people with knowledge of the debate said.

“Do you take Aramco public or not? Those who do want it, want separation. Those who don’t want it believe the success of the kingdom hinges on integration,” a person close to the energy ministry said.

A person close to Aramco added: “Jadaan wants everything done properly. The IPO is seen as a sensible way to clear up the company.”

However, Mr Falih has long maintained that Aramco’s attachment to the ministry is a “win-win policy” for both parties and a reality that investors must accept.

Aramco, the ministries of energy and finance and Mr Falih declined to comment. But a second person close to the energy ministry said there was no “retrospective” probe into Mr Falih’s use of company funds, adding the goal is to ensure Aramco’s corporate governance meets international standards.

The company released accounts for the first time as part of its bond offering. It would have to disclose more details on costs and remuneration for board members over the past few years, in the case of a share listing. People familiar with the discussions say Mr Falih’s travel, sometimes with family, and other personal expenditures, are being questioned and have fostered resentment among other officials.

Since September 2016, Mr Falih’s jet has made at least 232 trips, according to flight-tracking data. Some trips were directly linked to the company — such as board meetings abroad.

Others were diplomatic, such as trips to Vienna to attend Opec meetings, visits to Russia to tighten ties with the kingdom and last year’s G20 summit in Buenos Aires. There were also visits to European cities, including London — where he has a home — as well as Nice, Venice and Cologne.

Mr Falih is also known to stay in super luxury suites, including the Park Hyatt’s 9,000 square-feet Royal Penthouse in Vienna, which features four terraces, three kitchens and is designed for 10 people.

As part of the move, the company is also pushing back on “secondments” to Opec and putting ministry staff on Aramco’s payroll. It is also requesting that research conducted for the energy ministry be subject to service agreements, the people said.

In its bond prospectus, Saudi Aramco disclosed it provides “a variety of services to the Government for which it does not receive compensation”, without mentioning specific ministries. “The Company believes that the amounts expended for, and employee time dedicated to, such services is not material. These transactions have traditionally included services related to data analyses, consultations, construction, engineering and design services, among others, as well as secondment of personnel.”

Allies of Mr Falih have said the scrutiny on his expenses has been motivated by personal animosity. His political stature has grown under Prince Mohammed and his reach extends to industry and economic diversification. One of them said the relationship between Aramco and the state will be “fixed before the IPO” including a new agreement to compensate Aramco for ministerial expenses. The other said Mr Falih’s policies have delivered additional oil revenues that far exceeded his expenses.

“He’s the face of Saudi Arabia abroad. He’s effectively in charge of the country’s finances,” he said.