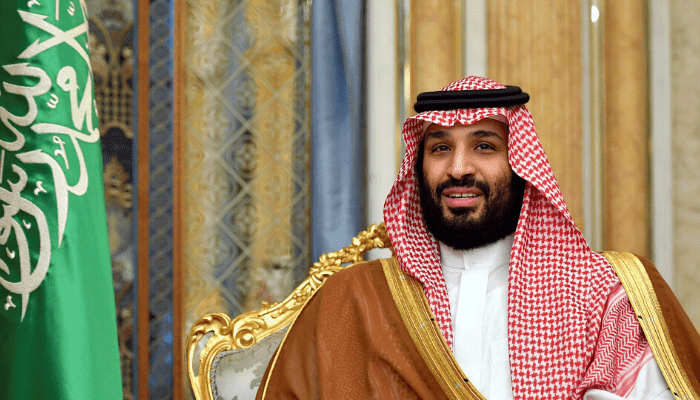 Saudi Arabia has approached Germany’s Bundesliga over acquiring the football league’s television rights in the Middle East, in the latest move by the Gulf kingdom to seek new investments in international sport.

The body that runs German football’s top division is in exclusive talks with beIN Sports to renew the Qatar-based network’s $250m five-year deal to screen matches across the region, which runs out at the end of this season.

But a representative for the Saudi state recently contacted Bundesliga seeking to acquire the Middle East rights instead, according to people with knowledge of the situation.

The attempt to hijack the Qatari broadcaster’s talks with Bundesliga is Saudi Arabia’s latest play within the global sports industry, having spent hundreds of millions of dollars in recent years to stage European football matches, heavyweight boxing bouts and motor racing events in the country.

It also shows how big sporting competitions must navigate the rivalries between the Middle East’s absolute monarchies, which have spent their petrodollars on sporting events and groups while also being entangled in political and economic battles.

That deal requires approval by the Premier League, the body that runs the top division in English football. The process has been complicated by a World Trade Organization ruling last week that the Saudi government has “infringed” international trade agreements due to the country’s involvement with beoutQ, an Arabic language TV network.

BeoutQ has been streaming content rightfully owned by Doha-based beIN, which has paid billions of dollars for exclusive rights to major sporting events, including Premier League and Bundesliga matches.

Saudi Arabia denies involvement in the pirate network, which emerged in 2017 shortly after Riyadh and three Arab allies cut diplomatic and transport links to Qatar.

This week, beIN pulled coverage of Italian Serie A league matches “for legal reasons” in 35 countries. The Qatari group has previously been aggrieved when the Italian league decided to hold exhibition matches in Saudi Arabia.

Saudi authorities have complained about beIN’s ability to secure exclusive sports rights in the region and has shut down the Qatari TV network in the country. But speculation about intent to launch a Saudi-owned sports network has not materialised into a serious plan.

Saud al-Qahtani, a powerful former aide to the crown prince, told CNN Arabic in 2018: “What we are focused on is that television rights for global sports competitions are awarded fairly in a way that doesn’t allow any country to take advantage of its monopoly to deliver political messages.”
The Saudi government did not respond to a request for comment.

A report in a Saudi newspaper on Wednesday stated that Bundesliga had sold the Middle East broadcast rights to its matches to KSA Sports, the kingdom’s state-backed sports channel, for three seasons.

Referring to this report, Bundesliga said “these rumours are not correct”, but otherwise declined to comment.

On Monday, Bundesliga announced that European pay-TV network Sky and online service DAZN would pay €4.4bn to screen matches in Germany for four years from the 2021-22 season.

The domestic rights deal was €200m less than its previous contract, in the first sign that the market for live sports has weakened because of the coronavirus crisis.

US considers new tariffs on EU gin and fashion goods