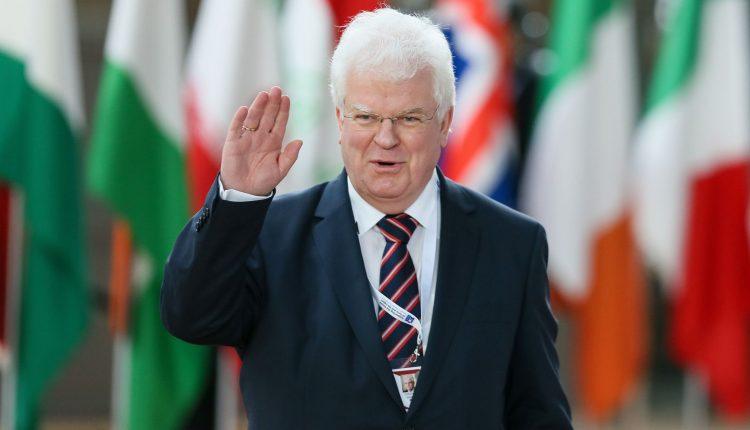 Russia’s top EU envoy has applauded Emmanuel Macron’s opposition to enlargement of the union, in a sign of how the Kremlin has seized on the French president’s “disruptive diplomacy” to highlight divisions among European allies.

Vladimir Chizhov, the Kremlin’s veteran ambassador to the European bloc, said Mr Macron “has a point” when he argues the EU needs to deal with tensions between its members before starting talks for North Macedonia and Albania to join.

Mr Macron’s trenchant comments on subjects ranging from EU expansion to the “brain death” of the Nato military alliance have triggered strong criticism from some allies for making Europe appear weak, while other commentators have praised him for confronting fundamental problems.

“President Macron has a point saying that the EU should deal with its own internal matters first before enlarging,” Mr Chizhov, who has been in post since 2005, said in an interview. “And of course objectively speaking, to say that both North Macedonia, and particularly Albania, are ready for membership would be a gross exaggeration — with all due respect to those two countries.”

Russia is one of several rival powers vying for sway in North Macedonia, Albania and four other western Balkan territories that are surrounded by EU countries and aspire to join the bloc. France alone last month opposed starting accession talks with Skopje and joined the Netherlands and Denmark in blocking Tirana’s bid.

Critics say Paris’s position harms EU influence in the region and fails to reward big steps such as North Macedonia changing its name to end a decades-old dispute with neighbouring Greece.

Mr Chizhov said he would not comment on the “exact wording” of a separate claim by Mr Macron last week that 29-member Nato was suffering “brain death” because of disagreements and a lack of coordination between allies.

But he said the French president “as I understand . . . expressed some concerns that many people in Nato member states have”.

“Nato . . . in the light of President Macron’s statement, has a lot to discuss in closed format” at a summit in London next month, the ambassador said. He added: “We all know what [US] President [Donald] Trump had to say about Nato at different stages of his presidency.”

Many Nato country diplomats worry about the impact of tensions over Turkey’s military incursion into northern Syria and between Mr Trump and European allies. The US president branded the alliance “obsolete” on the election campaign trail and has since lambasted European allies publicly for failing to spend more on their militaries.

Mr Chizhov’s comments are likely to fuel anger from some European countries who argue Mr Macron’s interventions are counterproductive because they undermine the credibility of Nato and the EU, including with Russia.

Mateusz Morawiecki, Poland’s prime minister, has branded Mr Macron’s questioning of whether Nato members can still be counted on to defend each other as “dangerous”. He said the French leader was in a “different position” from some European counterparts because he did not “feel the hot breath of the Russian bear on his neck”.

Mr Chizhov said he was “waiting patiently” for the moment when an EU country had the “courage to speak up” to veto the reimposition of the sanctions imposed on Moscow after Russia’s 2014 annexation of Crimea — although the envoy rejected the use of the term “annexation”.

The ambassador said he hoped an attempt to improve relations with Russia led by Mr Macron and Finland, which holds the EU’s rotating presidency, was serious and substantial.

Some countries, including the Baltic states and Poland, are sceptical about the move, arguing that Russia under President Vladimir Putin has not changed its behaviour.

“The EU in my view has driven itself into a corner with its Russian policy,” Mr Chizhov said. “And the number of people and political leaders who have come to understand that is growing.”