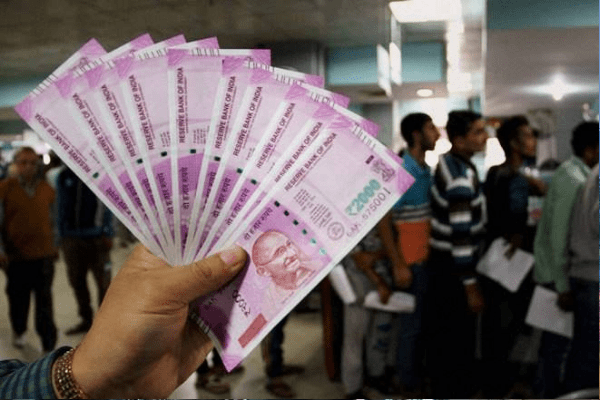 Once a land of sugar plantations and rum distillers, Mauritius has evolved into one of Africa’s most advanced economies. The catalyst has been foreign investment.

The remarkable metamorphosis from a commodity exporter to a middle-income financial hub has allowed Mauritius to average GDP growth of 4 per cent between 2001 and 2016.

Foreign direct investment (FDI) has driven the economy’s transformation since the 1960s from one based on agriculture to one that is “labour-oriented, particularly in textiles and tourism”, says James Zhan, UN Conference for Trade and Development (Unctad) director for investment and enterprise.

While foreign investment has benefited Mauritius, tax evasion through a practice known as investment round-tripping — where capital is channelled through a low tax jurisdiction before being reimported into the economy of origin as FDI — remains a problem.

So far in 2018, the country has attracted $285.6m in greenfield FDI — namely investments in new projects or expansions of existing ones — compared with just $31m in 2017. Last year was the slowest for investments into Mauritius since 2003, according to FT sister company fDi Markets, because of slowing flows from China.

Investors in France, South Africa, the US and India are leading sources, putting funds into property, IT and tourism. In the past five years holiday company Club Med and US telecoms specialist Verizon have made investments of over $100m in Mauritius, in line with the government’s development strategy.

For its part, Mauritius has made the transition to a “financial hub, high-grade tourism and services economy”, says Mr Zhan.

As foreign investment interest in Africa has grown, Mauritius has presented itself as an investment hub for the continent. It regularly tops rankings for Africa measuring the ease of doing business. In a continent often associated with volatile politics the country enjoys a stable multi-party democracy, says US-based political research group Freedom House.

In the capital, Port Louis, the stock exchange is set to launch a new index designed to track African equities. “The trend we are seeing is that a lot of new issues and listings are Africa-centric,” says chief executive Sunil Benimadhu. While most African countries require fellow Africans to wade through red tape for visas and work permits, Mauritius mostly eschews such restrictions.

“The number one thing for us was getting work permits,” says Fred Swaniker, a Ghanaian and founder of African Leadership University, which opened its campus in Mauritius in 2015. Within a month it was granted 40 permits and in two years had permits for 200 staff. While Mauritius’ low tax rates are attractive, Mr Swaniker argues that work permits and a lack of foreign exchange controls are what really make the island stand out compared with other African destinations.

A glance at Mauritius’ outward investment figures, however, indicates there is more going on. While greenfield investment into Mauritius between 2003 and 2018 totalled $4.7bn, equivalent outward flows over the same period were almost three times higher at $13.5bn. The imbalance of outward investment from a small economy like Mauritius suggests that round-tripping is happening at scale.

In 2017-18, Mauritius was the top source of investment into India, with $13.4bn or 36 per cent of the total (see chart), according to Indian central bank data. This is intriguing, given that India’s economy is the world’s sixth largest, while Mauritius’ is 124th in current US dollar terms.

This disparity indicates that a large portion of those investments were not ultimately destined for Mauritius, says Mr Zhan. “It was round-tripping and going elsewhere using Mauritius as a springboard.”

Putting hard numbers on round-tripping is next to impossible. “It has become extremely difficult to distinguish between round-tripped capital and genuine FDI globally,” says John Christensen, director of UK-based think-tank Tax Justice Network.

The use of letter box companies in Mauritius as a means of avoiding the taxman first became a problem in the 1990s, though this appears set to change. In an effort to crack down, India and Mauritius amended their double-taxation treaty in 2016 and the changes are being phased in this year and next.

Re-invoicing is the most common technique used for round-tripping. An Indian company exporting to Europe, for example, will invoice products through Mauritius. “Profit accrues to the company in Mauritius, and that company doesn’t pay any taxes,” Mr Christensen explains. Capital that accrues in the Mauritian shell company is then imported back into India, appearing as FDI in the capital account.

Local authorities are adamant that the island is a “fully co-operative and responsible” financial centre. “We don’t want to be used as a base for [people] to bypass their taxation duties to their home countries,” says Mr Benimadhu.

Mauritius has joined the OECD’s Common Reporting Standard and the OECD-G20 Base Erosion and Profit Shifting (BEPS) initiative and was rated compliant in 2017. With these new arrangements and measures “round-tripping will be reduced, not overnight, but these efforts will have results,” Mr Zhan says.

Critics say most of the changes are cosmetic. “They’ve opted out of large and very important parts [of the BEPS treaty],” Mr Christensen says, and companies adopt a “ticked box” approach that limits the scope of due diligence. “The whole thing is a charade.” While round-tripping out of India looks likely to fall under the new treaty, the same strictures might not apply to other African nations. “We’ve been concerned for a decade”, says Mr Christensen, about capital “out of east and southern Africa coming through Mauritius”.

Shell taps its deepwater legacy to fund its future