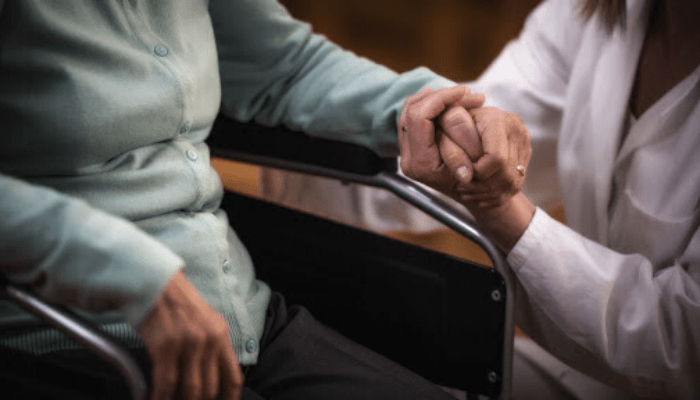 At the Whitchurch Care Home, emergency buzzers went unanswered, some medicines were not dispensed and many of its frail and elderly residents had not been given a bath, shower or a wash for a month, an official inspector’s report found. A broken elevator meant residents on the second floor could not be taken to hospital appointments.

The dismal conditions at the care home in Bristol, south-west England, found in January last year, were a sign of the financial pressures on its manager Four Seasons, Britain’s second-largest care home provider.
Four Seasons’ owner was, until two years ago, Terra Firma, the buyout group owned by private equity veteran Guy Hands.

Since December 2017, when Four Seasons failed to meet a £26m debt interest payment, the fate of the company and its 16,000 residents has lain in the hands of its largest creditor — the Connecticut-based hedge fund H/2 Capital Partners, which was set up by Spencer Haber, who made his fortune in the 1990s as a property dealmaker at the now-defunct Wall Street bank Lehman Brothers.

Four Seasons’ troubles have now deepened and more of its 320 homes have been taken over or closed, including the Whitchurch, where local authorities were forced to step in last April and find alternative accommodation for the residents. But if its slow-burning financial crisis is unsettling for residents and their families, it also points to deeper issues in England’s strained social care system, which has since the 1980s outsourced state-funded provision to the private sector.

The problems at Four Seasons are in part a result of a long-term decline in fees paid to providers for social care, an issue that Prime Minister Boris Johnson is under pressure to redress in next month’s Budget.

But there are also growing questions over the public accountability of some of the larger private equity-owned care homeowners, with their short-term investment focus and labyrinth structures, involving scores of subsidiary companies, many of which are listed offshore.

“What has happened is that care homes have become financialised,” says Nick Hood, analyst at Opus Restructuring & Insolvency, which has advised several care home chains. “Their owners are playing with the debt and expecting returns of 12 or 14 per cent and that is simply unsuitable for businesses with huge social responsibilities.”

Global private equity, sovereign wealth and hedge funds have piled into the sector in the past three decades, lured by the promise of a steady government income and the long-term demographics of Britain’s ageing population.

Three of the biggest chains — HC-One, Four Seasons and Care UK — are in the hands of buyout groups.
Now the sector is in crisis. All three have been up for sale in the past two years and not found buyers. Hurt by a state-mandated rise in the minimum wage, and a decline in funding for local governments, which pay for 60 per cent of their residents, their owners are clamouring for more support.

Those care homes that take in state-funded residents under Britain’s means-tested social care system are subsidising them by charging higher fees for residents who pay for their own accommodation. Hundreds have closed in recent years, putting pressure on hospitals, or leaving the elderly stranded in their houses.

A new set of social care proposals has been promised by the prime minister this year — but there have been 12 consultation and policy papers as well as five independent commissions since 1998, all trying to grapple with the issue of how to provide a sustainable adult social care system, which costs the government more than £22bn a year.

But there are also calls for more scrutiny of the industry’s finances. “The corporate debt burden has definitely contributed to the social care crisis,” says Mr Hood. “No one thinks twice if a department store loads itself up with debt, makes a profit and then takes a commercial bet that may or may not fail. But in this case, most of the money to fund the trading at Four Seasons and the other care home operators is coming from taxpayers or from middle class people running down their savings — and the people who suffer when it goes wrong are elderly and infirm.”

The story of Four Seasons is also the story of the three decades since state-funded care for the elderly was outsourced by local authorities, which used to run care homes, to the private sector. William Laing, founder of healthcare consultancy Laing Buisson, says such a wholesale transformation “would have been unthinkable in the National Health Service”.

“The fundamental difference is that social care is largely staffed by low-paid workers with weak representation by unions and professional organisations,” he says.

Four Seasons was started by Robert Kilgour, a former hotelier, who converted a disused building in Fife in Scotland into a care home in May 1989. The prime minister, Margaret Thatcher, had just forced local authorities to put social care services out to competitive tender, creating opportunities for investors.

“There was a shortage of beds and the banks really liked it because you had a secure income from the government,” says Mr Kilgour, who quit the business in 2004 and now runs the Renaissance care home chain in Scotland.

During the 2000s, Four Seasons changed ownership four times in a pass-the-parcel game whereby almost all the sellers made a profit because the next buyer was prepared to pay more and cover the cost by issuing debt — a so-called leveraged buyout.

When Terra Firma bought the chain in a £825m deal in 2012, there was still £780m of outstanding borrowings hanging over the business.

Keen to avoid a repeat of the 2011 collapse of Southern Cross, then Britain’s largest care home chain, Terra Firma injected £390m of equity. But the high interest costs weakened its balance sheet and strained its financial viability. “They overpaid for it and loaded it with borrowings,” says Mr Kilgour. Terra Firma declined to comment for this article.

Tracing the finances at Four Seasons is all but impossible; the company’s sprawling structure consists of 200 companies arranged in 12 layers in at least five jurisdictions, including several offshore territories.

But the most recent figures for Elli Investments, the group’s holding company, for the quarter ending 31 March 2019 show that it carries around £1.2bn of interest-bearing debt and loans from unspecified “related” parties.

Four Seasons argues that £545m of this is a legacy of its purchase by Terra Firma and neither the debt nor the interest on it will be paid.

But even if that debt is put to one side, the residual borrowings of some £625m is equivalent to almost £2m per home or some £39,000 per bed each year. That amounts to £71 a week per bed going towards debt repayment or around 8 per cent of the average £860 a week paid per resident.

Furthermore, even as Four Seasons hurtled towards insolvency in 2016, directors’ pay totalled£2.71m, of which the highest paid received £1.58m.

In 2017 five company directors shared £2.04m, and the highest paid received £833,000. An additional £325,000 was paid that year to an unnamed director for “restructuring services”. “It is unlikely to be all the non-productive cash that has flowed out of the business,” says Mr Hood.

Peter Folkman, a former board member of the British Private Equity & Venture Capital Association who teaches at Manchester Business School, calls it the “football player problem”. He adds: “There is a lack of shame around executive pay which is writ large in care homes where many staff are on the minimum wage.”

The payouts may not seem excessive relative to other companies. But other financially stressed and lossmaking government outsourcers have faced criticism over pay and dividends, whereas none of the care home operators are listed, protecting them from public scrutiny.

“Pay packages like this are completely inappropriate for an activity like social care, where revenue comes largely from the government,” says Mr Folkman. “There are no clear criteria for performance, it happens within complex group structures and it is just not clear who is paying how much for what.”

Now Four Seasons is the business no one wants. H/2 Capital, which bought the debt at deep discounts from 2015 onwards, initially appeared keen to take on the entire portfolio of care homes, engaging a new board in October 2018.

But Mr Haber appeared to lose enthusiasm after losing to Terra Firma in an acrimonious court battle that gave the private equity group ownership of 24 of Four Season’s most lucrative care homes, which had been bought separately. “Terra Firma walked off with the crown jewels,” says one person close to the case.

That division has since been sold, cutting Terra Firma’s loss on its care home venture to around £425m.

Meanwhile, Four Seasons care homes continued to close. In October, the company started playing hardball with landlords — refusing without warning to pay rent. Since then the business has shrunk further.

H/2 may still take on the company’s 185 freehold homes. But many of the leasehold sites still need to be renegotiated, raising the potential for further closures, particularly in the north-east of England where more homes are reliant on taxpayer-funded residents.

“We continue to make progress in our negotiations with landlords across our leasehold estate, as a first stage in putting Four Seasons into a sustainable position,” says Four Seasons. H/2 Capital was unavailable for comment for this article.

Thirty years since private capital was brought in to improve services for the elderly, the business model is under pressure.

While 84 per cent of care homes run by local authorities were rated good or outstanding, this compared with just 77 per cent of for-profit homes, according to a LaingBuisson analysis of regulatory reports last August.

Now the government faces a “stark choice”, says Care England’s Mr Green, who is calling for at least £4bn a year to stabilise the industry in next month’s Budget. “Either put in significant amounts of investment or seek that money from elsewhere. That includes investors, who obviously need to seek a return.”

But even some private equity voices are now calling for reform. Jon Moulton, the private equity veteran who ran Four Seasons in the early 2000s, believes that regulators should be taking stiffer action, requiring care home chains to hold a certain amount of capital, much like the Financial Conduct Authority requires of banks.

“There is no easy answer but I would not want my relations to be residents in something awash with debt and either going bust or skimping on care — whether that’s private equity or anyone,” he says. “Regulators should do more to ensure that operators have a stable financial base and prevent excessive profit extraction.”

Mr Hood agrees that better regulation is needed “at the very least”. He says the watchdog — the Care Quality Commission — should require the entire corporate structure to be held within the UK to ensure “full public disclosure and scrutiny of an operator’s finances”.

“That way the government can ensure that these businesses pay their fair share of taxes in return for the huge contribution to the sector from the public purse,” he adds.

But Kate Terroni, chief inspector of adult social care at the CQC, says that for now, it has no authority to introduce minimum capital requirements or to intervene to prevent business failure. “Our powers are to provide a notification to assist local authorities who are responsible for ensuring continuity of people’s care,” she says.

Covid-19: A world-shaking pandemic that poses a threat to globalisation

Giving and misgivings: Poverty across the globe and effect on welfare