Pressure on Saudi Arabia as Opec+ meets to finalise deal 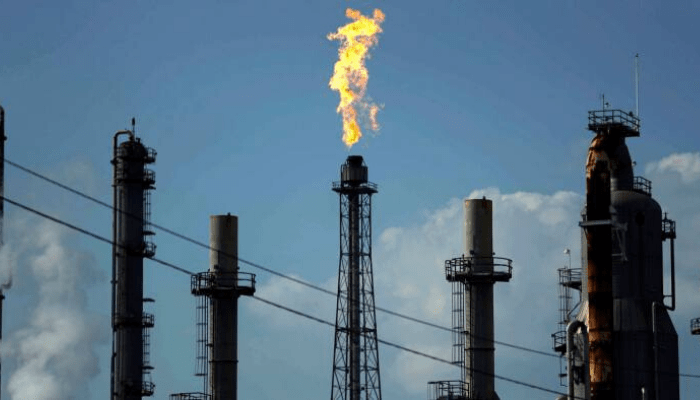 Opec and its allies will meet on Sunday as Saudi Arabia comes under pressure to finalise the biggest oil supply deal in history, with the coronavirus pandemic wreaking havoc on the global energy sector.

The outline agreement, to remove 10m barrels a day or more of global supply, has won the support of Opec and Russia and the G20 group of nations, with US president Donald Trump becoming the unlikely champion of a deal to support oil prices.

But despite winning broad backing over three days of talks, getting the deal over the finish line has become fraught after Mexico — a relatively small oil producer — defied Saudi Arabia’s push to have all members of the Opec+ alliance cut output by an equal margin.

Saudi Arabia’s reticence to sign up without Mexico’s full co-operation threatens to damage its relationship with the US, which has said it could place tariffs on the kingdom’s oil sales if it fails to make a deal.

Opec+ countries will now hold another online meeting at 5pm London time as efforts are made to sign off on the deal before markets reopen on Sunday night.

Failure to reach an agreement risks sending oil prices even lower. The market is already creaking under the weight of record oversupply, as lockdowns and the economic fallout from the coronavirus pandemic have slashed oil consumption by as much as a third.

Brent crude has recovered to about $30 a barrel since Mr Trump announced a deal was in the works, bouncing from an 18-year low near $20 a barrel, though it remains down by more than half since March.

Russia insisted over the weekend that the deal is done and that Mexico’s “deferred agreement” would soon be resolved.

G20 energy ministers also called on the world’s leading countries to take “all the necessary and immediate measures to ensure energy market stability” and recognised the “commitment” of some producers to cut output.

The Opec+ group wants other oil producers — such as the US, Norway, Brazil and Canada — to contribute by cutting investment in oil production and buying up crude for strategic reserves.

Saudi Arabia’s energy minister, Prince Abdulaziz bin Salman has not commented publicly on the deal since Friday morning, but has long insisted there can be no free-riders within the Opec+ group.

A senior Saudi official said he believed a deal would still be reached, but insisted there be no exemptions, despite Mexico’s wish to make a smaller contribution to the cuts. “We will have an agreement,” they said. “It’s very important that we don’t provide an exemption like this [to Mexico] because everybody will ask for one.”

The kingdom faces growing pressure as Mr Trump has gone out on a limb to support a deal, despite longtime opposition in the US to the Opec cartel, which has frequently been blamed for raising petrol prices for motorists.

Mr Trump has stopped short of mandating US production cuts. But energy secretary Dan Brouillette said on Friday that output in the country was expected to fall by 2m barrels a day, or by more than 10 per cent in the coming months due to the drop in prices.

On Saturday, US senators from oil-producing states held a conference call with Saudi officials including the oil minister to urge the kingdom to swiftly follow through with its cuts.

Talks among producers continued over Saturday to enable a workaround, with most analysts expressing confidence the deal would soon be signed, given Mexico’s disputed production amounts to less than 3 per cent of the total under consideration.

While Saudi Arabia would almost certainly seek to blame Mexico in the event talks collapsed, the other members of Opec+ appeared keen to move on from the squabble, leaving Saudi Arabia increasingly isolated.

One of the kingdom’s closest allies, the UAE’s oil minister Suhail Al Mazrouei said on Twitter the country would “help balancing the oil supply and demand, while the world is united to fight Covid-19”.

Opec, where Saudi Arabia is seen as de facto leader, released a statement from the African Petroleum Producers’ Organization supporting the deal, describing it as “a significant step in halting the speed at which the global oil industry was heading for total collapse”.

APPO said its members outside Opec+ would also commit additional supply cuts to the deal.