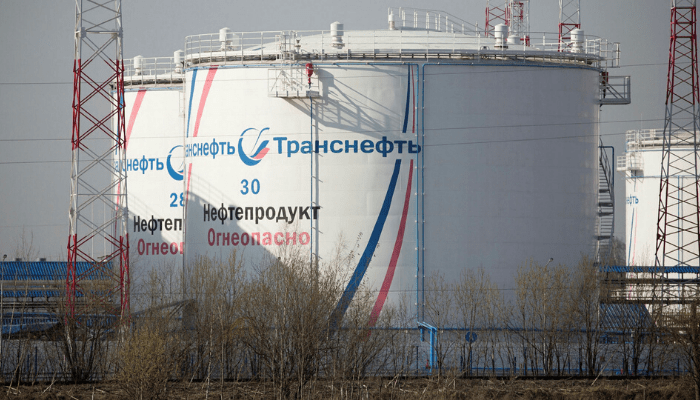 Oil prices rose on Thursday ahead of a crunch meeting between the Opec group of producers and Russia that could pave the way for a global production deal to combat the rapid collapse in demand from the coronavirus pandemic.

Brent crude was 4.5 per cent higher at $34.36 a barrel by lunchtime in London, while West Texas Intermediate gained 7.6 per cent to just shy of $27 a barrel. But both benchmarks have lost half their value since the start of the year as the market wrestles with cratering demand and record oversupply amid a price war.

Traders have been betting for the past week that a deal to cut supply by up to 15m barrels a day could be reached, helping to drag crude off an 18-year low near $20 a barrel. But significant hurdles remain to such a global agreement, which would equate to roughly 15 per cent of global pre-crisis supplies.

Donald Trump, the US president, has put pressure on Russia and Opec’s largest member Saudi Arabia to forge a pact to cut 10-15m barrels a day of output. Both Riyadh and Moscow have insisted other countries, including the US, participate.

The US has indicated that its own production is likely to fall anyway due to the precipitous fall in prices, which has upended the global oil industry, with demand seen down by around a third globally due to virus shutdowns and flight bans.

But Russian officials have pushed back against what they see as the US and other countries like Canada dressing up natural production declines as mandated cuts, even as Moscow indicated it would be willing to reduce its own output by up to 15 per cent. The deal could hinge on every side accepting the others’ definition of what constitutes a supply cut.

Some traders believe that the likely outcome will therefore be a fudge. Helima Croft at RBC Capital Markets said she expected the “meetings will yield a broad framework agreement to curb output by a big headline number”, but that it would “likely be short on hard specifics such as duration, implementation timeline, and enforcement mechanisms.”

Energy ministers from the G20 group of the world’s wealthiest countries are due to meet on Friday for the first time ever after the so-called Opec+ group convenes today. The International Energy Agency and Saudi Arabia — which holds the rotating presidency of the G20 — are pushing for action.

The price crash has put millions of jobs in the energy sector under threat and risks causing uncontrolled shutdowns of oilfields around the globe as storage capacity runs out. That could damage fields in the long term, analysts say.

The Kremlin on Thursday reiterated its stance that all major oil producers must take part in any reduction deal. “Our position is clear: Russia stands for joint co-ordinated actions in the interests of stabilising the global energy market,” said Dmitry Peskov, spokesman for Russian president Vladimir Putin.

Mr Peskov declined to answer a question regarding whether Mr Putin had held discussions with the leaders of other oil-producing countries outside of Opec, aside from Mr Trump.

Mr Trump has repeatedly stressed he believes “free markets” will force a deal as the collapse in demand means Saudi Arabia and Russia will find few buyers for their crude. Global storage threatens to be overwhelmed within weeks or at best months.

But Mr Trump has also held out the threat of tariffs on oil from Saudi Arabia and Russia, blaming them for starting a price war after they moved to raise production last month, despite falling demand.

Goldman Sachs warned this week that the hit to demand meant that a cut of 10m barrels a day “would not be sufficient” even though it would be by far the largest supply agreement in history.