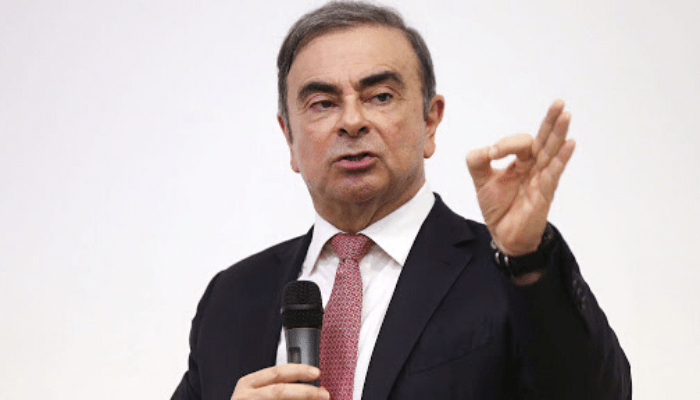 Nissan is suing Carlos Ghosn seeking more than $90m, stepping up efforts to recoup losses it alleges stem from his private use of the company jet, payments to his sister and other damages the carmaker claims it suffered at the hands of its former chairman.

The Japanese company filed a civil lawsuit with the district court of Yokohama on Wednesday. Nissan said it was intensifying its campaign against Mr Ghosn in the aftermath of his December flight from Japan to Lebanon — a daring escape that means he will now not undergo a criminal trial in Tokyo.

The civil suit, which seeks to recover damages inflicted by Mr Ghosn through what Nissan described as “years of misconduct and fraudulent activity”, adds to a list of legal battles being fought between Nissan and its former boss in various jurisdictions around the world.

In a statement, the carmaker said the $90m in financial damages sought was linked to Mr Ghosn’s “breach of fiduciary duty as a company director and his misappropriation of Nissan’s resources and assets”.

The company — which warned that the financial value of its claims could eventually rise to ¥35bn ($318m) — said it had arrived at the $90m figure by adding together payments made to Mr Ghosn that it now views as fraudulent and perks it believes he should not have claimed.

The damages also include costs related to the huge internal investigation Nissan launched after Mr Ghosn’s November 2018 arrest, a probe that involved hundreds of staff over many months.

The list of suits being contested between Mr Ghosn and his former employers is expected to grow, and Nissan said it may also pursue separate legal action over what it claims were defamatory remarks made by Mr Ghosn during a blistering press conference held in Lebanon shortly after his escape from Japan.

In that press address, Mr Ghosn lashed out at “unscrupulous, vindictive” figures at Nissan who he said had concocted a criminal case to destroy him.

Nissan is pursuing a claim in the British Virgin Islands over allegations relating to the purchase of a luxury yacht via what it says were unauthorised payments made through a special purpose entity registered there.

The company has also begun what it expects to be a drawn-out eviction battle with the Ghosn family over their continued occupancy of a property in central Beirut that Nissan bought, through a subsidiary, for around $8.8m during Mr Ghosn’s reign.

Earlier this week, lawyers for Nissan and Mr Ghosn faced off in new proceedings in a Dutch court, where the carmaker is defending itself in a €15m unfair dismissal suit relating to his abrupt removal in 2018 as the head of NMBV, a joint venture between Nissan and Mitsubishi Motors.

A spokesperson for Mr Ghosn was not immediately available for comment. Mr Ghosn has denied all charges of financial misconduct.

The former Nissan chairman’s rebuttal to the accusations against him and the many allegations that have arisen since his arrest has been both consistent and vehement.

In the course of his January press conference in Lebanon, Mr Ghosn spent almost two hours detailing his defence against the charges he had faced in the Japanese criminal court and reiterating his claim that he was pressured by prosecutors to confess to false allegations.

Writing in the Financial Times last month, Mr Ghosn said that he was sure he would never get a fair trial and “feared I would die in Japan”.