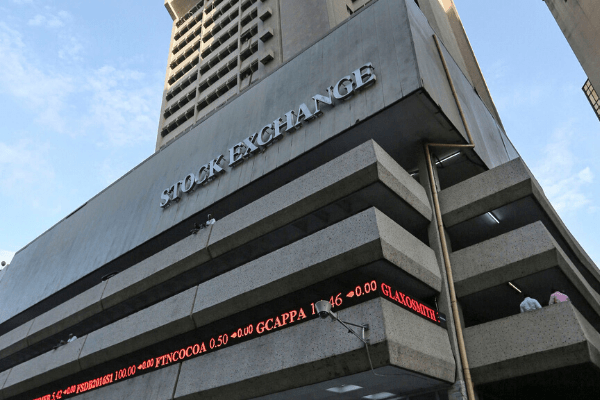 Nigeria’s stock exchange has begun the year as the world’s best performer, powered by local investors switching into equities after the central bank shut them out of a short-term debt market.

The Nigerian Stock Exchange All-Share Index is up more than 9 per cent this week, putting it top of the table among more than 90 markets tracked by Bloomberg. Last year, it ranked in the bottom three because of a sluggish domestic economy that is yet to fully recover from a recession brought on by the 2014 oil price crash.

Nigeria’s central bank sells high-yielding short-term debt, known as open market operation bills, to prop up the country’s currency, the naira, and increase the bank’s foreign-currency reserves. These securities, which yield as much as 14 per cent, also present an arbitrage opportunity, where investors can borrow from banks at lower rates to buy the higher-yielding debt.

But in October, the central bank banned private individuals and local non-banking organisations from purchasing OMO bills in an attempt to stop this trade. The move was part of a broader push by policymakers to spur retail lending in Africa’s largest economy.

As a result, some of those investors piled into government bonds and the stock market. “Nothing much has changed in terms of the growth outlook,” said Kevin Daly, an emerging markets fund manager at Aberdeen Standard Investments, adding that local investors have been “squeezed” into other forms of short-term government debt and into domestic equities.

Nigeria’s annual growth in gross domestic product of about 2 per cent is outpaced by growth in its population. Nearly half of Nigerians are under- or unemployed, and the country is now home to the most people living in extreme poverty in the world. President Muhammadu Buhari has tried to diversify the economy, but has struggled to wean the country off a dependency on crude oil.

The stock exchange received another boost this week from the flotation of BUA Cement, a combination of the Cement Company of Northern Nigeria and Obu Cement, on Thursday.

The business, which became one of the largest constituents on the exchange upon listing, provided “an incentive to take a second look” at the country’s equities, according to economist Nonso Obikili.

Nigerian equities were shunned last year because of a lack of confidence in the country’s growth outlook, along with the focus on high-yielding securities like the government debt market, said Mr Obikili. “I think there’s a lot of good pickings because last year was really, really bad.”