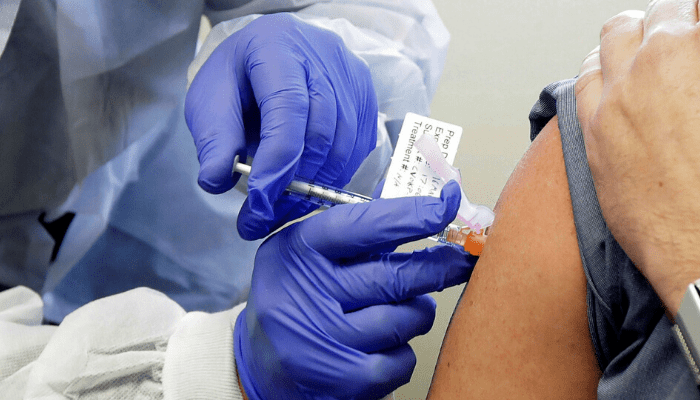 A broad rally in global markets stalled on Tuesday, as investors assessed hopes for a rebound in economic activity in the coming months.

Stocks on Wall Street were mixed by mid-morning, with the S&P 500 and Nasdaq edging higher while the blue-chip Dow Jones Industrial Average held steady even after forecast-beating results from index member Walmart.

In Europe, London’s FTSE 100 ended down 0.8 per cent as sterling bounced against the dollar and the euro, making UK stocks more expensive for international buyers. Frankfurt’s Xetra Dax closed 0.2 per cent higher while in France the lifting of a ban on short selling helped drag the CAC 40 lower by 0.9 per cent.

The subdued moves meant equities were largely holding on to Monday’s sharp gains, after investors welcomed several developments that boosted hopes for a strong economic recovery once lockdowns are lifted.

Notably, biotech company Moderna said its potential Covid-19 vaccine had delivered positive results in early small-scale human trials. The news helped global markets record their best sessions since early April on Monday, with the continent-wide Stoxx Europe 600 benchmark closing up 4.1 per cent and the US S&P 500 ending the day 3.2 per cent higher.

“When you have a lack of clarity in the market, any kind of headline with some credibility to it is going to lead to quite sharp swings,” said Willem Sels, global chief market strategist at HSBC Private Banking.

Also lifting market sentiment on Monday was news that Germany and France had joined forces to push for a €500bn EU recovery fund, boosting the effort to create a co-ordinated European fiscal response to the crisis.

But analysts at Rabobank warned against welcoming these developments as though they were “already with us”, as there remained significant hurdles for both the EU recovery fund and the Covid-19 vaccine.

“Virus experts urge caution [on a vaccine], so I’ll listen to them,” said Kit Juckes, macro strategist at Société Générale.’

US 10-year Treasury yields slipped 0.015 percentage points to 0.727 per cent on Tuesday, as investors inched back into the relative safety of government debt.

Expectations for an economic rebound from the pandemic, due in part to robust support measures by big central banks, have helped drive a sharp rise in global stocks over the past two months. The S&P 500 is up about a third from a low in late March.

“Equities are pricing in an optimistic path forward,” said strategists at ClearBridge Investments, noting that investors were focused on the potential path of the economic recovery.

The positive sentiment spilling over from Monday’s trading helped overshadow growing concerns over a US-China rift, with Huawei emerging as a significant source of tension. The Chinese telecoms equipment maker this week warned that new sanctions from Washington put its survival at stake.

Beijing also hit back at Donald Trump’s threat to withdraw from the World Health Organization, accusing the US president on Tuesday of attempting to shift the blame for his own handling of the coronavirus crisis.

Oil prices also paused following a recent rally spurred by signs that crude demand was picking up and supply cuts led by Opec had begun to take effect. Orderly trade awaiting Tuesday’s expiry of oil futures contracts suggested that there would be no repeat of last month’s unprecedented plunge to negative prices.

US marker West Texas Intermediate was 0.4 per cent lower at $31.71 a barrel after jumping 8 per cent a day earlier, having moved back above the $30 mark for the first time since mid-March. Brent crude, the international benchmark, slipped 1.4 per cent to $34.31 a barrel.

Diya’s younger wife, Shade, dies of COVID-19 as second wife down with virus