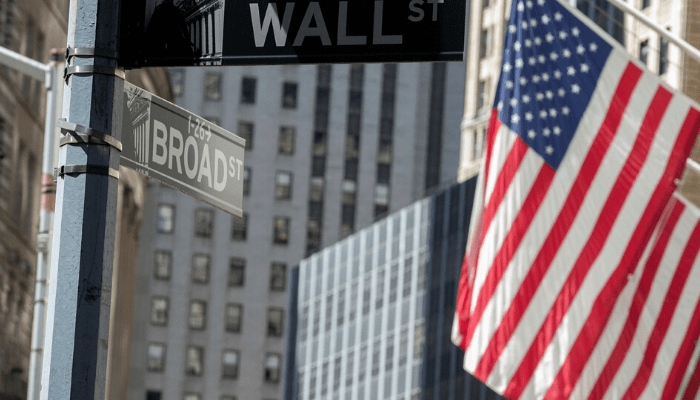 Wall Street rallied on expectations of new aid for the US economy from the federal government and central bank, as retail sales came back more strongly than expected last month from their pandemic low.

It followed a strong performance in Europe, where markets had their first chance to respond to news late on Monday that the US Federal Reserve would start buying individual corporate bonds via its emergency lending programme.

London’s FTSE 100 ended the day 2.9 per cent higher and in Paris the CAC 40 benchmark climbed 3 per cent.

But stocks slipped back from their session highs after Beijing’s city government raised its Covid-19 emergency response level and announced that schools would be shut from Wednesday. China’s health authorities had reported 27 new coronavirus cases in Beijing at the end of Monday, accounting for the bulk of 40 new infections in the country.

A Bloomberg report stating that the US administration was preparing a $1tn infrastructure spending package to stimulate economic growth helped to fuel the upbeat mood in the markets, said Jim Reid, strategist at Deutsche Bank. “The prospect of further stimulus was already known,” he said, “however the size and timing was more up in the air”.

We are committed to using our full range of tools to support the economy in this challenging time
Jay Powell, Federal Reserve chairman

Much of the spending would be earmarked for infrastructure such as roads and bridges but some would go towards improving America’s digital network through improved rural broadband and 5G wireless infrastructure, Bloomberg reported. It remained unclear how the US administration would fund the measures — or its prospects of getting the plan through Congress.

Sentiment was helped by May data showing a record rebound in US retail sales and by research suggesting a cheap steroid can reduce deaths from coronavirus.

The optimistic news came a day after the US central bank expanded its intervention to prop up the economy and financial market. The Fed said on Monday it would begin purchasing a “broad and diversified portfolio” of individual corporate bonds, having previously bought exchange traded funds that track corporate debt.

Corporate bond markets rallied after the Fed announcement. Some investors and analysts had grown concerned the facility — first announced three months ago — would not be enacted, given that the volatility caused by the pandemic had subsided.

The Fed shifted its bond-buying plan to creating an index that abides by its eligibility criteria, instead of companies self-certifying that they were eligible. Analysts and investors had warned that the initial plan could have resulted in few companies signing up for the new facility because they would not want to signal that they were in distress.

“We view this largely as the Fed following through on their promise to start ETF and individual bond secondary market purchase,” noted Matthew Mish, an analyst at UBS. “A marginal positive for those that doubted the Fed would go ahead.”

Jay Powell, the Fed chairman, warned Congress on Tuesday of “significant uncertainty” surrounding the “timing and strength” of the US economic recovery, but said the central bank remained “committed to using our full range of tools to support the economy in this challenging time”.
In Europe, a top policymaker raised investors’ hopes of a further expansion in stimulus measures in the eurozone. Fabio Panetta, executive director of the European Central Bank, said in an interview with Le Monde newspaper that the central bank was ready to consider “if necessary” buying “fallen angel” bonds that had recently lost their investment-grade rating.

In the Asia-Pacific region, Japan’s Topix index rose more than 4 per cent, while Australia’s S&P/ASX 200 gained 3.9 per cent and Hong Kong’s Hang Seng climbed 2.4 per cent.

In South Korea, equities trading was briefly suspended after Kospi 200 futures rose more than 5 per cent from the previous day’s close, triggering a short cool-down period. The index closed up 5.5 per cent.

Shares in Tokyo rose sharply after the Bank of Japan said it expected it would pump ¥110tn ($1tn) into the economy through various support programmes, up from a previous estimate of ¥75tn.

But traders in Japan’s capital played down the impact of the central bank’s move on equity markets.

“Domestic Japanese media may try to spin that this big afternoon rally was something to do with what the BoJ said after its meeting,” said one Tokyo-based trader. “But this is being driven by expectations that basically the US will do what it takes to keep market sentiment strong.”

The yield on the 10-year US Treasuries, often viewed as a haven asset during times of uncertainty, rose 0.05 percentage points to 0.753 per cent. Bond yields rise as prices fall.

Oil prices nudged higher on Tuesday after rallying the previous day. Brent crude, the international benchmark, was up 1.6 per cent at $40.37 a barrel. West Texas Intermediate, the US marker, advanced 1.4 per cent to $37.64 a barrel.